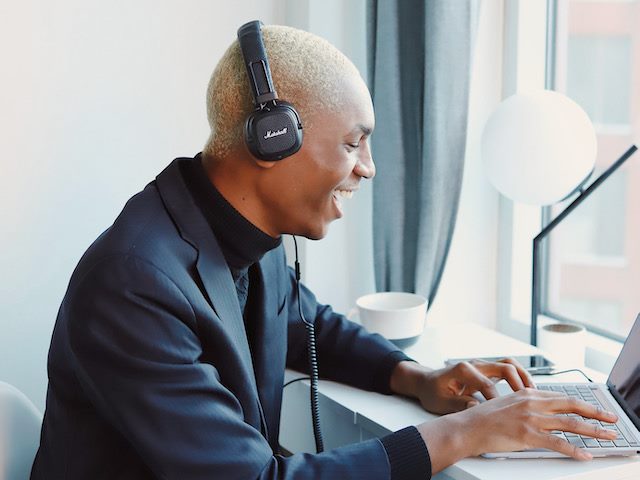 This last year has been tough for leaders and individual contributors alike. But nowhere else in the workplace has the strain been greater than with CIOs and their teams. As the people most closely related to delivering the current and future state of technology, IT departments have been in the hot seat regarding how well teams, including their own, connect. What follows are CIO's perspectives on what has and hasn't worked in this new era of mass work from home.

What Were the Biggest Difficulties of Keeping the Team Working Together?

What went wrong during this period of remote work? CIOs were forthcoming with the issues they saw firsthand with the move to total remote work, including:

The default video team meetings came under fire from CIOs as being too structured, which cuts down on casual pre-meeting discussions which previously were the norm. Remote work also forced everyone to grapple with the subjective interpretation of tone and intent.

Regardless, CIOs do expect remote work to become more of the norm going forward, which calls for a rethinking of the appropriate infrastructure and support to make it more effective. CIO Rick Osterberg said, “I tend to be a hallway manager, and I personally really miss being able to walk the hallways and hear what's going on from whoever is around. There are folks with offices near my office who I rarely interact with now, because we're not on the same Zooms.”

With this said, CIO Stephen diFilipo said, “this moment is an opportunity to reimagine the workplace. It is time as well for adjusting hiring requirements accordingly. The person who may have been hired 11 months ago may not be the ideal hire today and tomorrow.” CIOs are clear that creativity is demanded in onboarding and finding ways to meet teams and get them excited about the work they’re doing. But just as important, this is a time to find creative ways to stay engaged and excited about work. Former CIO Joanna Young said, "there were waves once the pandemic hit almost a year ago. There was a mad scramble to keep the wheels on the bus, re-prioritize, and rinse and repeat. The biggest difficulty was change management because the change had not settled for any length of time, and people were dealing with 460 degrees of work-life disruption."

Related Article: What 2020 Has Taught Us About Being an Effective Leader

What Would You Have Done Differently in the Years Preceding the Crisis?

CIOs openly shared what they would have done differently given the chance, including:

What Actions Over the Last Year Have Done the Most to Keep Your Team Together?

CIOs were clear that they would have more fully vetted and executed continuity of operations plan. This includes making the remote work transition less stressful. Osterberg said, “I think the most important thing has been the creation of space and time to connect more casually. It's far from perfect, but it matters. It is important to stay consistently visible.” Also of importance is the need to spend time talking with people as people. It is essential that the team working on growing or transforming. At the same time, leaders must stay consistently visible. And this visibility doesn't just apply to the broader IT organization, but also to the other organizations within the business and their leadership.

CIO Jim Russell shared what many CIOs are feeling when he said he would have liked to have “anticipated (went remote earlier than absolutely necessary); communicated (initial weekly brief meeting, faced the truth and indeterminacy); supported (personal and professional challenges addressed); and extended the grace (to myself, the team and community).” The people side of the crisis really mattered to CIOs, which they demonstrated by checking in and asking how people were doing. Kindness, empathy and understanding were all in demand, as was being supportive while being tolerant of challenges/foibles. It also meant staying a few minutes after a Zoom to socialize. Finally, it involved executives and leaders being present in collaboration tools with their teams.

Planned Changes to Improve the Adhesion of the Hybrid Workforce

When facing their hybrid workplace future, leaders should start by reviewing any assumptions they may have related to how work is done. On the people side, the focus should be more on recruiting for independence and adaptability. Some CIOs shared that rotating staff to other positions helped create and keep team adhesion.

From a technology and process perspective, CIOs must consider how a process or technology work in a mobile situation before making any decisions. Going forward Russell said, “work from anywhere policies, supervisor training for work from anywhere, and reducing complexity/diversity of tools will be required.” Summarizing many people’s thoughts, analyst Dion Hinchcliffe said that CIOs need to be future-forward enablers of hybrid work. This means putting in-office, mixed, and remote work groups on equal footing, as well as teaching inclusion and communications skills to all three groups. From an IT perspective, this means proactively supporting IT and HR. A clear objective is to establish the capability to flex and adjust as pandemic waves hit.

Advice for Other CIOs on Keeping Their Team Connected

Visibility and regular connections via weekly video on meetings with the whole team go far to support team cohesion and keep communication flowing. It is critical that CIOs talk to the team, listen to the team, act on what is suggested, follow through on what is said, and act transparently. Creating shared rewards to celebrate teamwork will help keep morale high. Ongoing training for teams should also be a priority. For some, this matters because the tech stack is likely going to change. Training can take many forms, including allowing and encouraging informal channels and meet-ups to share knowledge.

IT leaders cannot turn this job over to their team. Rather, team cohesion should be a personal priority for every CIO and one that they test and evolve constantly. Their role is in part to encourage collaboration as a team value and lead by example. This is about finding a way to build and sustain community. Team members appreciate when IT leaders take the time to know how things are going, using tactics like spontaneous stop ins to team meetings, lunch, dinner and cocktail hours and more.

But succeeding here starts with self-care. CIOs can’t succeed if they're stressed or burnt out. As part of this, they should find ways to connect with peers within the organization and in external groups. Hinchcliffe's advised CIOs to:

During the discussion diFilipo said he was “wondering if someone had established a maturity index for remote readiness?”

Regardless, it is critical CIOs lead their organizations and their companies as a whole on generating a business that is connected and working effectively. Without this, the business will lack the engagement needed to grow and respond to changing demands.

Myles Suer, according to LeadTail, is the No. 1 leading influencer of CIOs. Myles is director of solutions marketing at Alation and he's also the facilitator for the #CIOChat.

5 Ways to Enable an Effective and Durable Hybrid Workplace