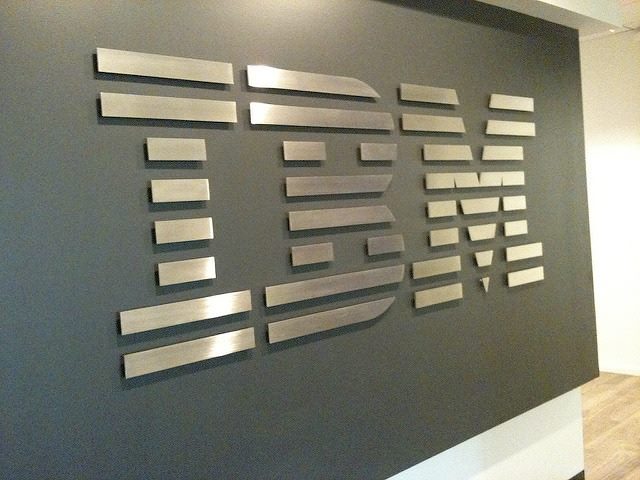 Why IBM’s AI, Hybrid Cloud Strategy Is More Than Good, It's Imperative

The fact that IBM spent a lot of time at its recent Think conference – the company’s flagship annual event for customers and partners — talking up artificial intelligence and cloud computing is no real surprise. Just over a year ago Arvind Krishna became chief executive and told everyone that IBM was going to focus on the cloud — in particular hybrid cloud — as well as a few other cutting-edge technologies like AI and quantum computing.

Nor was this exactly a surprise either as Big Blue bought open source Red Hat two years ago for $34 billion and started looking at ways to make money after some poor financial performances in the previous eight years (Between 2013 and 2018 it reported 22 straight quarters of negative revenue growth).

So, in October, IBM announced its legacy IT infrastructure business would shift into a separate firm and it would change tack. It is too early to say whether this is working or not, but last month it reported its strongest quarterly sales growth in two years and Krishna told the media at Think that he expected positive sales growth over the course of 2021 despite the pandemic.

In fact, he even went as far as to see opportunity in the pandemic rather than problems. “There is no question that this pandemic is a powerful force of disruption and an unprecedented tragedy. But it is also a critical turning point. It’s an opportunity to develop new solutions, new ways of working, and new partnerships that will benefit your company and your customers, not just today, but for years to come.”

That set the tone for the event and the releases. Those that were unveiled were all about this. Some of the highlights from the conference included:

And there is a lot more too. So is this the way forward for IBM? Has it found its sweet spot after struggling for so many years? Arijit Sengupta is founder and CEO of Pleaston, Calif.-based Aible and one of the original architects behind Salesforce Einstein (he co-founded BeyondCore, which later sold to Salesforce for $110M and became the basis for Einstein in 2016.) He says IBM has been talking about the problems involved with developing AI for some time but has not been able to do anything about it.

“IBM has been talking about this problem with AI, but it is exceptionally ill-suited to solve the problem, which is why IBM is rated ninth among 13 AI providers in a recent Gartner report,” he said. “The reason they're rated so low is that they have no incentive to solve the fundamental problem that businesses have right now, which is 90% of them are not getting financial benefits from AI.”

To solve that problem, he says, IBM needs to remove the risk from these three key questions:

IBM is not incentivized to answer those questions for businesses. “It is incentivized to sell you multimillion-dollar consulting projects,” he said. So, they are always going to talk about how wonderful AI can be while putting the risk on the customer side as they sign up for a six-month to six-year engagement with IBM. If that business does not see any financial benefit from AI, IBM still gets paid.”

There are other problems too. According to Muddu Sudhakar, CEO and founder of Palo Alto, Calif.-based Aisera which develops a predictive AI service management (AISM) solution, IBM needs to start looking more closely at public cloud as well as its interest in hybrid cloud and on-premises deployments.

“It needs to move towards and invest a lot more in the public cloud,” he said. “IBM Watson Orchestrate and IBM Watson AI are heavy in implementation and deployment, but very light on offering multi-tenant cloud-native SaaS service. They need to make the shift towards cloud-native SaaS.” He added that IBM Watson Orchestrate as a traditional RPA offering should offer solutions like hyperautomation and Conversational RPA (AI + RPA) because this is a growing market. According to Bain it is a $65B industry.

Given that most AI development is cloud-based, and already capable of replacing IBM’s very first business practice — data collection and analysis — the decision is not only the right one; it is imperative for IBM’s business model.

To stay ahead of the curve, IBM cannot afford to miss the opportunity (as evaluated by experts) represented by the development of its open hybrid cloud platform, Alberto Rizzoli CEO of UK-based AI development company V7, said. Driving more value for the clients and the shareholders will only be possible with modern infrastructure and faster data processing. Proper implementation of AI-driven processes and cloud-based data management is the first step to facilitate both things.

He also pointed out that unlike other tech giants competing for AI dominance, IBM is behind on both pillars of this new machine learning revolution: talent leadership and training data. Red Hat brings credibility in its position on infrastructure, and quantum computing may sound exciting. “None of this matters if leading machine learning talent prefers competitors, with more exciting training data to turn into AI models that make a difference,” he said. “While Google, Apple, Facebook, Amazon, and Microsoft captured and retained AI talent early, IBM was left empty-handed. Despite a strong head-start with the Watson brand, its overpromising on AI ruined its image in the academic community.

And there is more. He added that IBM’s traditional business is now threatened by agile AI-first startups that automate business operations which are traditionally left to tech consulting. With more enterprises moving to the cloud for good, the competition is open to players of any size.

As a final thought, Clara Angotti, president at Toronto-based Next Pathway, points out that despite issues the move for IBM to focus on AI and Hybrid Cloud is a good defensive strategy against hyperscale cloud providers. “Enterprise customers are attracted to a hybrid cloud strategy because it allows for more flexibility to select the right application for private and public cloud platforms,” she said.

In fact, she says that they are routinely asked by large enterprise customers to help make intelligent decisions on where to move certain workload based on their unique business requirements. A hybrid model allows an organization to benefit from the automation of public clouds while reaping the security and privacy benefits of the private cloud.