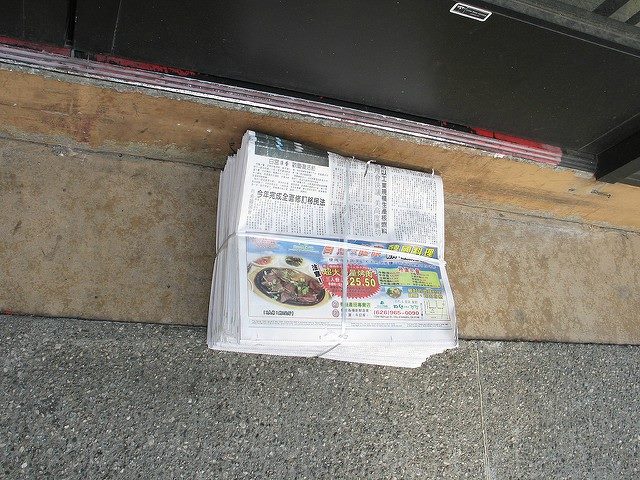 Over the past few weeks there has been a lot of discussion about remote working, video conferencing and how the two tie up. The interest, or potential, hasn’t been missed by Facebook. In fact, according to a recent post from Menlo, Calif.-based Facebook, between WhatsApp and Messenger, more than 700 million accounts participate in calls every day It points out that in many countries, video calling on Messenger and WhatsApp more than doubled, and views of Facebook Live and Instagram Live videos increased significantly in March.

To respond to the demand, Facebook has released Messenger Rooms. At face value, the enterprise appeal is limited. Messenger Rooms makes it easy to spend quality time with friends, loved ones and people who share your interests.

However, read down through the announcement a little bit more and we see that Rooms will soon hold up to 50 people, enable calls with no time limit and even if they don’t have a Facebook account. You can also share rooms on Facebook through News Feed, Groups and Events, so it is easy for people to drop by. Soon, Facebook says, it will add ways to create rooms from Instagram Direct, WhatsApp and Portal, too. And that makes it interesting. It enables Messenger Rooms to compete with services like Zoom, Skype and Microsoft Teams, as more people turn to video chat.

It also looks like it has learned from the problems of Zoom. Messenger Rooms privacy protections include the ability to control who sees your room and who can lock or unlock it. If it is unlocked, anyone with the link can join and share the room with others. But the room creator must be present to start the call.

Facebook is also introducing new Live Video features for Facebook, Instagram and Portal. On Facebook it is bringing back "Live With" so users can add another person into your live video, no matter where they are in the world.

On Instagram, users can now watch and comment on live videos from your desktop and follow along with that yoga class on a bigger screen or listen to a live performance as you work.

On Portal users will soon be able to go live from Portal to Facebook Pages and Groups. The Facebook Live app on Portal already lets you broadcast to your profile, but later this month you will be able to share with your communities, too.

Messenger Rooms is rolling out in some countries this week and will expand to the rest of the world in coming weeks.

In recent weeks, it has added to its appeal by adding a new bunch of features and capabilities that should attract the interest of enterprise tech buyers that are looking for something that has all the the features needed to work from home, or collaborate across geographically dispersed enterprises from a familiar interface, and lets face it, Workplace by Facebook looks familiar.

According to Workplace, after “listening’ to feedback across industries and regions, they are developing new supports for these workers in two area:

And while it is introducing a bunch of features now, the company indicated in a blog post that it would continue to focus on these areas for the coming months.

One of, if not the, biggest challenges for organizations in a remote working world is being able to effectively share accurate, real-time information with employees. To make that easier Workplace is introducing Knowledge Library. Knowledge Library is “the new home for key company resources” on Workplace. In it, workers can create, store and share static content like working from home advice or HR and expenses policies, so employees can discover and easily access the information they need at home or on the go.

And because it sits on the platform your employees are already using to communicate with each other and get work done, it finally brings your static and dynamic information together in one, easy to update place.

Knowledge Library is playing a critical role in helping XPO Logistics manage emergency logistics for the City of New York - ensuring employees have access to official information on a platform they are already using.

Another issue many organizations have been struggling with is adjusting their internal communications processes to accommodate a remote workforce and an increased volume of updates.

To do that, they’ve introduced "Draft For," a feature that allows individuals to draft posts on behalf of executives who can subsequently review, approve and publish.

And then there is Campaigns. Campaigns, which will be available in May, will track audience reach, engagement and sentiment for content, including, Facebook says, giving a sense of employee morale towards COVID-19 communications.

There’s also a few additions to help people in the current crisis, as well as a Q&A functionality. Workplace from Facebook is designed to function similarly to the social networking app but for internal use in the workplace, with a chat app akin to Messenger.

These new capabilities up the ante and make it a lot more attractive to enterprises that it might have been before. If, as the company says, it has more on the way in the coming months, Workplace will be getting a lot more attention.

Meanwhile, the digital workplace wouldn’t be what it is without  Redmond, Wash.-based Microsoft platforms and tools. Over the past few months, we noted that quite number them are reaching the end-of-life. End-of-life of any workplace tool can be a major headache — remember what happened when Vista finally came to an end? Clearly Microsoft has understood this and, with the current crisis, has realized that pushing enterprises too far right now when they are under pressure would be a bad idea.

The result is that they have extended support for several products much longer than they should, so that now, SharePoint 2010 will receive updates — namely security patches — until April 13 next year. Windows 10 1809, for its part, will get security fixes until Nov. 10, 2020.

SharePoint Server 2010 was to have exited support on Oct. 13 of this year. And when it’s all over? Mark Kashman, senior product manager on the SharePoint team explained, "After the extended support period (April 13, 2021), Microsoft will no longer provide technical support for problems that may occur including bug fixes for issues that are discovered and that may impact the stability and usability of the server, security fixes for vulnerabilities that are discovered and that may make the server vulnerable to security breaches, and time zone updates."

This means that, realistically, you have until next April to get your migration plans worked out. Sure, SharePoint 2010 will work after that, but do you really want to be using it without security patches from Microsoft?

Not surprisingly, Microsoft recommended that customers shift from an on-premises SharePoint Server product to Microsoft 365, the top-end subscription program that includes Office 365 applications and services (including SharePoint Online), Windows 10, and a set of security and management tools.

Elsewhere, after all the fuss over the past couple of weeks about Zoom along with its failings and its successes, Zoom had also claimed to have 300 million daily active users. However, over the last few days, it has admitted that it doesn’t have “more than 300 million daily users” as the original blog post claimed but rather that it has “300 million daily Zoom meeting participants”.

There is a big difference. Daily Active User is someone that uses Zoom during a given day, which is counted as one user. However, Daily meeting participants can be counted multiple times: if you have five Zoom meetings in a day then you’re counted five times.

The discrepancy was discovered by The Verge tech magazine which reached out to the company and received the following reply from Zoom, “We are humbled and proud to help over 300 million daily meeting participants stay connected during this pandemic. In a blog post on April 22, we unintentionally referred to these participants as “users” and “people.” When we realized this error, we adjusted the wording to “participants.” This was a genuine oversight on our part.”

It is unclear how the mistake happened. However, it should not take away from the fact that for millions around the world during the current crisis Zoom has made work possible, as indeed, has its competitors.

Finally, this week, retail banks in Poland have begun providing customers with notifications of commissions and fees changes on blockchain via a new document management product offered by the Polish Credit Bureau (BIK, or Biuro Informacji Kredytowej in Polish).

Banks use the BIK Blockchain Platform powered by distributed ledger technology (DLT), provided by the British-Polish fintech Billon Group and based on a new type of architecture to store full documents entirely in the blockchain.

The aim is to eliminate paper-based client-facing notifications as well as to fully comply with MiFID II, GDPR and related regulations requiring a durable medium for such notifications. Blockchain and document management together is a strong combination. This one is not the first but it’s still worth a note. More on this soon.