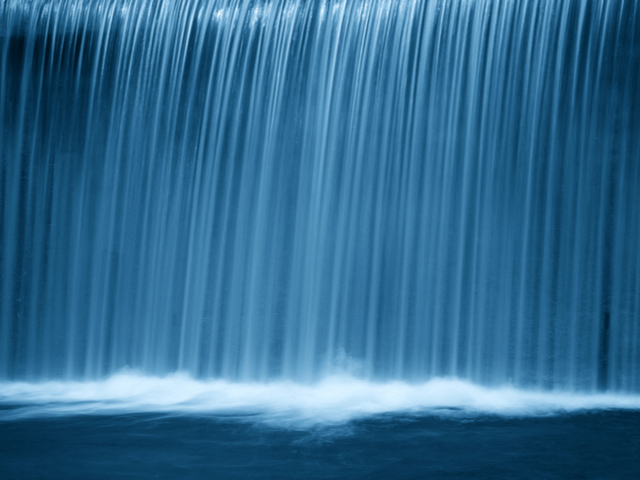 Last month at Microsoft’s Build 2020, Microsoft opened up its Fluid Framework as a user preview for Microsoft 365 Enterprise and education subscribers enrolled in Targeted Release, its program of early offerings to customers that sign-up for it. Fluid itself wasn’t a surprise as Microsoft had been talking it up at Ignite 2019, explaining that it was the future of document collaboration.

But Fluid is much more than that, and when it was made available to Outlook and Office.com last month it became clear. In fact, of those that use Google Docs, the Fluid Framework was something similar in that it offers simultaneous editing. Explaining what users can do  with it, Jared Spataro, corporate vice president for Microsoft 365, said that the new Framework will enable users to collaborate on dynamic content and create connected components that can be shared simultaneously and seamlessly across apps.

Tables, charts, and task lists can be inserted in Outlook for the web. Within Office.com, Fluid workspaces can be created and managed, including within document activity feeds, Recommended list, and @mentions — or search for them across Office.com. Fluid Framework components are also lightweight, enabling edits that are instantaneous. It includes data structures that perform low-latency synchronization and a relay service to connect endpoints. If you replace your static data structures with Fluid data structures, your app instantly supports real-time collaboration.

And this is the future of collaboration. One where the boundaries between applications become fluid and collaboration become rule rather than the exception. However, what Microsoft outlined at Build was not just an Office document, but a document built out of a series of interactive blocks for components like tables, lists, graphs and other elements. These elements can be edited by any Office user invited to edit them and they can be edited in any Office app.

What's more, the components don't live in any one specific document, so if you have a graph or table you want to include in a report written in Word, but also use it in a PowerPoint presentation that accompanies the report, you only need one component for both. And most enterprise users are predicting that this will be a game changer in terms of collaborating on content across the enterprise. “Without a doubt, Microsoft will reap significant gains from its Fluid Framework. Already, over a million companies across the world use Microsoft 365. In the United States alone, more than 600,000 enterprises use the service. The Fluid Framework will only increase these numbers,” said Reuben Yonatan, founder and CEO of Fresh Meadows, New York-based GetVoIP.

However, Fluid has the unique advantage of being developed by Microsoft, which makes integrations and accessibility concerns minimal for enterprises that rely on Microsoft 365. Although several companies prefer using different collaboration platforms other than Microsoft 365, Fluid's introduction could potentially shift the market dynamics in favor of Microsoft. “Fluid will likely cause some big movements in the collaboration market,” Carla Diaz cofounder of Broadband Search, told CMSWire. “There are a number of collaboration software options around, which people find very helpful for their specific needs, and with the rise of Fluid, we may see these companies starting to offer a broader range of offerings in order to keep the competitive environment alive.”

Even if consumers don't move from the collaboration software they already use, this is where we might see some of the changes happen, she added. Keep in mind that the digital world is moving at an almost inconceivable pace, and that new technology could come out at any moment, which will reconstruct the way we think about the internet and various digital tools. “Even if we don’t notice it, smaller pieces of the digital world are constantly being changed, improved, and reinvented to evolve this world. Fluid could very well be the start of the next phase for collaboration software,” she added.

The bottom line, Saqib Ahmed Khan, digital marketing at Hong Kong-based PureVPN, said, is that Fluid  is providing a lot more features than others in the market and that is going to create traction, especially in the enterprise. “Fluid has been designed to solve the problems during collaboration. All the tasks and their assigned persons are labeled in one place so everyone gets updated what has been done and what is pending. Cross team collaboration has many problems which can be solved through this,” he said.

Furthermore, the tools allow users to create reports by collaboration with AI assisted features. This is the perfect time for Microsoft to launch the product as many people are working from home.

Although it may seem like Microsoft has positioned itself well with its new software,  Daniel Foley, director of UK-based Assertive Media, points out that because of the speed of development in the digital workplace, what is a major breakthrough now, could be old news in a couple of months. “Apple will surely be considering a competitor for this feature, that works with Mac, however it never really found a replacement for Word. The answer is that while we won't be shy of alternatives, can anybody come along and do it better than a proven and trusted source such as Microsoft,” he said.

It is clear that, for the moment, Fluid is in its early days.  As time goes on though, Fluid Framework will soon integrate seamlessly across applications, allowing for instantaneous co-authoring and simplified workflows.

After Fluid was unveiled at Ignite last year, Spataro outlined where he sees it going in an interview with the Verge. Summing it up he explained: The document has been the primary frame about how people think about content creation... Fluid just takes a step back and says let’s not just have a document that’s dominated by any one type of content or another. Let’s not make it restricted to be Excel for numbers, or Word is for words, and PowerPoint is for visualizations, instead let’s give you the freedom to say ‘What is there was no more document’ and instead this is a canvas and the canvas is smart.” If this isn’t the future of document or content collaboration, it’s getting very close it.