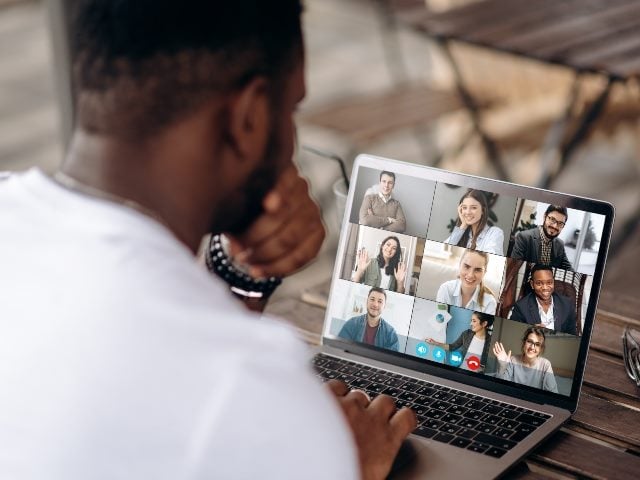 Synchronous or Asynchronous? That Is the Collaboration Question

You know that feeling in a video meeting when a colleague asks for your feedback on the contents of a shared document you're seeing for the first time, all while they're staring at you? We do, too.

Having a live video meeting and simultaneously requesting a task that likely is better achieved asynchronously offline is a big collaboration faux pas. It’s like having a meeting within a meeting, something none of us aim to do when we warm the engines up for a day's work.

We can do better. Figuring out when to meet live and when to work asynchronously is a good place to start.

The statistics on meetings show we have a problem. Otter.ai, a California-based tech company that specializes in speech-to-text transcription, collected what it called “shocking” meeting statistics in December and found:

Clearly, business has an addiction to live meetings, whether that's in person or online via video. So what's to be done? The first thing to consider when deciding if a meeting is necessary is the desired outcome, said Christine Trodella, head of The Americas at Workplace from Facebook.

“So often meetings are set out of habit without a great deal of consideration for what action the meeting owner is trying to achieve," she said. "Agendas get set, but the context for the meeting — and the purpose and intent of it — are not clearly stated. By thinking about the desired outcome ahead of time colleagues can be sure they’re efficiently using and respecting each other's time and only scheduling meetings when necessary.”

Should there be a meeting is one thing. How to meet is another.

The onset of the COVID-19 pandemic put employees in their homes for most of the last 15 months. And it put the onus on business leaders to decide the best ways to collaborate with the now distributed workforce.

That led to new questions about meetings, such as whether they should be asynchronous or synchronous. Should we hop on a Zoom and start talking, or take this to a Slack or Microsoft Teams channel, a Google Doc, a OneDrive Doc or a project management tool, @ mentioning colleagues along the way? Or even, dare we say, take this project to email?

Organizations face these seemingly small but critical decisions every day in the new workplace. They require careful consideration and recognition that companies may have to shift behaviors and set clear expectations for workplace collaboration, according to Andrew Pope, partner, digital skills and collaboration consultant with Designing Collaboration.

“Probably the hardest thing is just this sense of trying to totally change habits and shifting from the old to the new,” Pope said. “The meeting for team leaders gives them a nice sense of control. This is my chance to be in front of the whole team.”

Not that live meetings are dead, or ever will be. However, those same leaders have to know it's OK to move collaboration into software channels and out of live meetings from time to time, Pope added. It’s on them, and the company as a whole, to set clear expectations for how collaboration will get done.

“I'm seeing more and more teams creating their own models or charters or user manuals around how we're going to work,” Pope said. “So it’s setting the expectations. If there's no expectation set, we just make our own expectations up which is kind of typically following the past."

Be explicit in establishing what collaboration looks like: We won't have a live meeting for regular activities or repeating conversations. We'll have live meetings for problem-solving or when we're creating something. "It’s just so it's all agreed upon," Pope said.

Are We Even Doing Live Meetings Well?

When it is time for people to be on a live call, are we actually doing it well? Through the pandemic we’ve learned that individuals can be productive working remotely and a majority of employees even have a preference for continuing some aspect of remote work, Trodella said. At the outset of the pandemic, companies over-indexed on live video meetings to ensure productivity but that actually led to physical and mental burnout, she added.

“We’ve seen companies rethink the real-time meeting, through shortening meetings, suggesting ‘walk-n-talks’ for one-on-ones that allow individuals to go for walks while talking on the phone or removing meetings altogether,” Trodella said. “We’ve also seen less of a focus on ‘video happy hours.’”

Which brings back the point about outcomes. What is the point of a live meeting? Is it to broadcast a message or promote interaction among all attendees? If the former, what’s stopping you from recording it and posting it into a channel for employees to watch at a time that works for them? Even then there needs to be a good, clear reason for employees to watch the video. What do you want employees to gain from the video? An action? Knowledge for a future project?

“Quite commonly, you're not involved in the meeting because no one's inviting you to speak,” Pope said. “It might be that the boss is just doing a presentation. Is this something that could be recorded and somebody could watch at any time is a good question to ask.”

Related Article: Why Now's the Time to Reassess the State of Your Digital Collaboration

Asynchronous communication has proven effective for gathering feedback, getting alignment and helping meet the needs of distributed workers across different time zones, according to Trodella. Some of the tools for async communication include cloud-based documents that allow for multiple editors, creating groups to solicit feedback and tag individuals for their input, using messaging to get lightweight information to or from an individual or a small group rather than sending emails or setting up meetings.

“Being able to think before you speak and work in a more flexible time frame has been a positive byproduct of async communication,” Trodella said.

Establishing a channel for specific collaboration and outcomes can go a long way because it becomes an ongoing de facto meeting, according to Pope. Channels could be built around deliverables, projects or the specific purpose of a particular team.

"Creating a channel around that, and then trying to get in the habit of instead of having a team meeting we're going to have conversations in here," Pope said. "You might have a virtual stand up. What are you doing? What are your problems? What are your blockers and what are the opportunities? It’s not about replacing live meetings as it is about getting into a habit of accessing that established channel and @ mentioning anyone who may be able to help you or who may interested.”

Are You Empowering Employees in Channels?

While it’s good to set organizational expectations and create a culture around collaboration, none of these decisions can be hard lines or blanket policies. There are several factors to consider, mostly having to do with employee comfort levels. Not everyone is comfortable posting publicly and collaborating asynchronously.

“The first real barrier is that a lot of people are not very confident to post and use like things like Teams and Yammer and Workplace and whatever else they use to talk about work,” Pope said. “They still see it as a social thing, and there's still this kind of fear of putting things out there that they're not comfortable about. You are exposing yourself by talking about your day. A lot of people prefer to kind of keep that privately and just work individually. So asynchronous working does require quite a lot of trust.”

Further, there's the question of whether or not their asynchronous posts in docs and channels will be considered by others and acted upon. If not, there's little motivation for them to post.

“It’s about getting a sense that their opinion is actually valued and that the team leader is responding positively to what they say,” Pope said. “They’re empowered to post because what they say is listened to and acted upon by their manager or their colleagues."

Organizational context and culture play a big role in whether or not asynchronous collaboration will work. "If you already have a good culture where everyone is quite confident and empowered to actually have a say, then it's easier to move that into a series of posts," Pope said. "But not many teams that are like that, certainly.”

Related Article: The Power of Time in the Digital Workplace

Setting up a channel for work around specific deliverables is crucial because it infuses a semblance of governance around asynchronous collaboration, according to Pope. Otherwise, you’ll likely fall into the trap of activity without any real direction.

“A lot of organizations are struggling with that, so there's a degree of governance that's required to make these asynchronous conversations work,” Pope said. “Because otherwise the risk is that people use it just for chat, and that’s fairly useless because it's as good as email, really.”

Trust your employees, Trodella said. People’s intuition will take over and they will use the most effective and efficient ways to communicate if they are given access to the requisite tools and technology and empowered to do so, she added.

“We’re already masters of async communication in our personal lives,” Trodella said. “Our phones can make calls, text or Facetime, and we know which one to use with someone based on the type of engagement we want or need to have with them. This intuition is no different between the personal or professional technology or methods of communication. People know when and how to use certain platforms or tools based on their communication needs.” 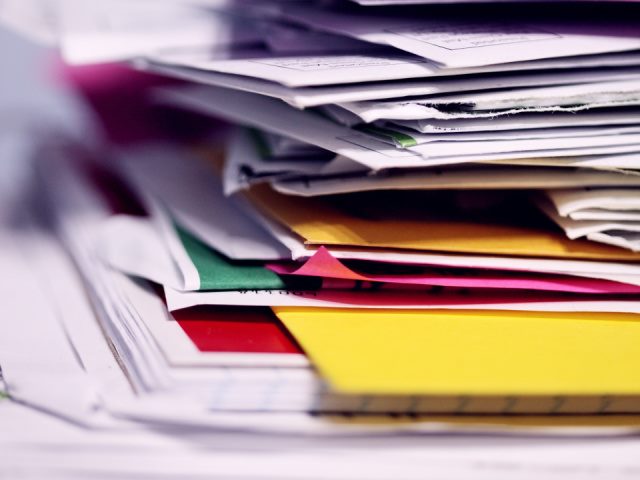 How HR Teams Can Boost Productivity in the Digital Workplace 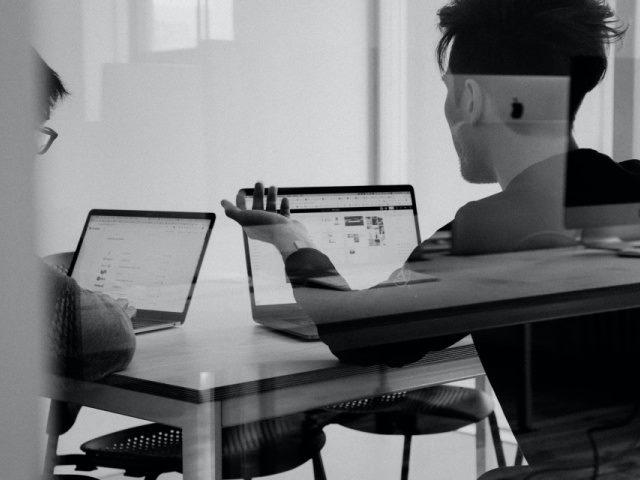