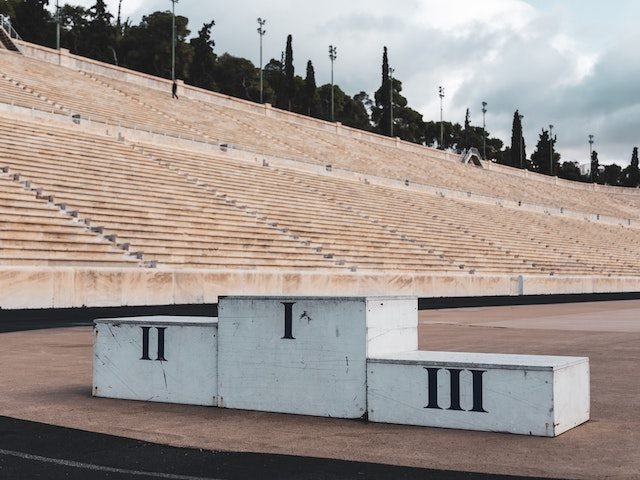 Teams vs. Slack Debate: Which Is Best for Collaboration?

There's a multitude of tools available today that enable workers to connect, collaborate and exchange ideas, share updates and network across the digital workplace. However, over the past two years, a lot of the air in the discussion has been sucked up by two in particular: Slack and Teams.

It is arguable that the reason Salesforce's Slack and Microsoft's Teams have dominated the conversation these past few years is because of highly publicized mudslinging between the two companies. The current debate centers around data published by Microsoft that shows Teams has greater traction in the enterprise. Slack has questioned how Microsoft is compiling its Teams usage figures, leading to some interesting verbal exchanges between the two companies.

SaaS intelligence firm Productiv recently took a look at the issue by analyzing an anonymized subset of data to determine how employees of Productiv's customers use the two apps. The results over a period of 60 days in July and August 2021 showed Slack well in the lead, with 83 percent of engaged Slack users, compared to 42 percent engaged Teams users.

So, is Microsoft lying? Well, no. The results of the Productiv study aren't that black and white. Writing about the research, Kristin Crosier and Jin Baik of Productiv said while Slack has more engaged users, Teams still has the upper hand for certain use cases.

The State of Current Engagement

In the fast moving digital workplace, the arguments may seem close to irrelevant. Microsoft and Slack have been slugging it out since the beginning, so no one is paying much attention anymore. What's more important is engagement with collaboration tools and how workers are interacting with these products.

In its study, Productiv measured engagement — defined as something that happens when a user logs in and completes a task using an app or a platform — across the following variables:

The findings indicate that Slack has higher engagement, with more than twice the daily user engagement when compared to Teams. However, that is not the only story. According to the research, while Slack has more engaged chat users, Teams prevails for meetings. There are three notable figures:

This is probably not surprising for anyone who has access to both platforms in their workplace. Explaining the difference in use cases, Crosier and Baik wrote: "Microsoft Teams’ out-of-the-box integration with Outlook may help explain why meeting attendance is significantly higher for Teams."

Related Article: The Future of Video in the Virtual Collaboration Market

Should Enterprises Deploy Both Tools?

Considering users typically engage with Slack and Teams for different purposes, what should organizations do?

George Prior, vice president of IT at Vista, Calif.-based ServiceNow provider NewRocket, said the case for Slack vs. Teams depends on the use an organization intends to make of the platforms. Despite usage differences, the two share several core collaboration capabilities such as video conferencing, instant messaging, file sharing and integrations with other systems.

"Both tools offer like functionality and have some differentiation," said Prior. "Teams definitely higher targets video usage because it replaced Skype, so it was a natural pivot. MS Teams is also a [unified communication as a service] system, so telephone and video teleconferencing are natural offshoots. Slack is very much messaging specific and leverages that."

Does this mean that enterprises should be using both tools? According to Prior, it doesn't make financial sense to deploy both tools because they have too much overlap and not enough differentiation. In an organization with centralized IT, the CIO will usually choose one. Only in organizations where there is some decentralization would you expect to see both tools deployed, he said.

“From a management perspective, managing both products requires higher headcount and security controls, so that tends to negate the need for both," Prior said. "In very small organizations that are, for example, 50 seats or less, it is probably more likely for [both Slack and Teams] to be deployed. However, once you reach the SMB space and higher, it is unlikely you will have both except for some very specific use cases."

Find the Right Mix of Synchronous and Asynchronous

With live video, there is richness of live discussion but it can be time-consuming. Citing a recent Loom survey, Drumright said when meetings were reduced by 40 percent (the equivalent of two days per week), the company found productivity to be 71 percent higher because employees felt more empowered and autonomous.

There Are Other Collaboration Solutions

Teams and Slack are both solid platforms that work for the enterprises that use them, but there are other solutions that offer powerful capabilities and a seamless user experience. To find the best fit for their teams, Brian Peterson, co-founder and chief technology officer at San Francisco-based Dialpad, said organizations should first assess their specific needs.

Do they need chat? Video conferencing? A unified phone system? What about customer engagement or contact center capabilities? A properly equipped and unified AI-powered communications platform can shoulder the burden of meticulous work by identifying action items in real time, retrieving resources as they are mentioned on calls, even analyzing overall call sentiment. Neither Teams nor Slack can do that.

“At the end of the day, enterprises can certainly use multiple platforms, but they'll end up with a patchwork solution that creates inefficiencies, confusion and misalignment,” Peterson said.  “It may be more efficient to find one platform that actually does everything an enterprise needs — and does it elegantly.”

Organizations that use a single unified platform tend to experience smoother internal and external workflows and improved communications. But the Teams vs. Slack debate offers a false sense of choice because there are many more platforms in the market today that are transforming enterprise communications.

What is interesting here, however, is the context in which these apps are operating. Slack is now part of Salesforce and although Salesforce has started making moves with Slack, the overall strategy is not entirely clear. Microsoft continues to build out Teams but has another fully fledged social network that has not received a huge amount of attention in recent years: Yammer.

Related Article: What Could We Gain if We Collaborated More Efficiently?

So, What Should Enterprises Do?

Matthew Paxton, founder of Richmond, Virginia-based gaming server company Hypernia, said Yammer is doing a fine job with engagement at a time when engaging employees is more important than ever. In his opinion, Yammer will play a greater role in Microsoft’s engagement strategy in the coming years.

“The focus over the next decade and beyond will be on allowing organization-wide employee engagement and communications for Microsoft 365 clients," he said. “Yammer will also prioritize providing a world-class community-building experience to help individuals connect around shared interests, identities and areas of practice.”

That said, disrupting Teams’ role in the video collaboration space at this time will be tough. In fact, it seems plausible its role in organizations is only going to get stronger. However, Slack is a strong competitor. It's easy to use and even the free version offers considerable functionalities. It's also possible that Salesforce will invest heavily in developing the video elements of Slack to compete with Teams.

But beyond Slack and Teams, there are many other tools and apps that can do the job just as well. As with any technology, organizations need to carefully determine their needs and investment capabilities before choosing to implement a solution, especially one intended to be integrated with other systems.

When two or more solutions offer similar functionalities, like Teams and Slack, then it's important to tune out the market noise and conduct a real deep-down comparison.