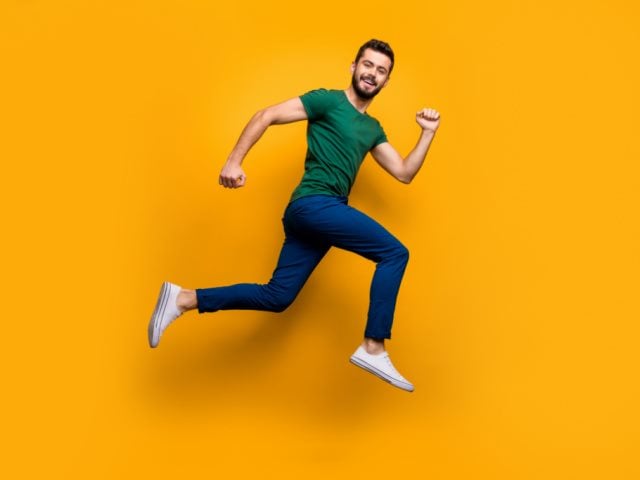 With all the discussion about and development of collaboration and unified communication technologies, older technologies like enterprise content management still play a major role in the life of the digital workplace.

Redwood City, Calif.-based Box started out as a file share platform and has evolved into a cloud-based content services offering that carries much of the functionality of the old proprietary ECMs. The company is still major player in the digital workplace, even if we do not hear about it that often. It also continues to develop its offering and has just announced a new migration offering called Box Shuttle.

Shuttle does exactly what you might think it does. It takes petabytes of data residing in old and outdated legacy systems and brings them into Box, where it will be made available to workers across the entire enterprise. It is also part of Box Consulting, the digital transformation consultancy team run by Box, which describes itself as an enabler of transformation strategies that will “simplify your tech stack, and drive change across your organization.” Obviously, all this is done with the help of Box technologies and, of course, the newly released Shuttle.

Driven by the belief that content migration needs to be easier and cheaper, with Box Shuttle users will be able to:

All of this is impressive – the speed and silo access especially — and plays to the need of a market that runs off easy access to data. This is particularly true when you consider that most of an organization's proprietary content already exists in the shape of sales presentations, transactions, contracts and product specs.

Even still this content is decentralized and locked away in confusing networks of file shares, legacy ECM implementations, explosions of SharePoint sites, or even paper in filing cabinets stored offsite. With this disconnected sprawl, content is not as valuable to a business as it could and should be.

Box claims that Shuttle will significantly reduce the cost of migrating to the Box Content Cloud and enable digital workers wherever they are located. While it remains to be seen about the costs, anything that releases data and provides workers with the content they need can only be a good thing and a significant addition to the digital workplace.

Meanwhile, the $27.7 billion acquisition of Slack is under the spotlight by the U.S. Department of Justice, which is looking for more details about the deal. The request from the agency's antitrust division was reported in an SEC filing.

According to Sarah Oh, a senior fellow at the Technology Policy Institute cited in CIO Dive, the request appears to be related to antitrust concerns rather than privacy or misinformation, which is generally the case with such requests.

"You don't have any of the elements that make for headlines," said Oh. "You don't have politics, you don't really have advertising. This is actually kind of a clearer cut tech antitrust inquiry."

Normally, only a fraction of deals subject to the closer review under the Hart-Scott-Rodino Antitrust Improvements Act of 1976 receive such a request. In FY 2019, just 61 out of 2,030 transactions received a second request for information, according to Federal Trade Commission data.

The DOJ must determine whether the future merger will result in anti-competitive behavior, as opposed to an investigation after a merger has occurred. Slack and Salesforce "have and will continue to cooperate fully with the DOJ in its review," the filing said.

Despite the hiccup, Salesforce still expects to complete the transaction during its fiscal quarter ending July 31, 2021, subject to the satisfaction or waiver of the closing conditions specified in the merger agreement.

Salesforce announced the deal on Dec. 1, giving the business software giant a broader array of tools as the pandemic continues to fuel the remote work trend.

The San Francisco-based cloud and customer relationship management giant said it would mesh Slack messaging technology with its platform for managing marketing and sales teams. While the advantages of the deal are clear for Salesforce, it comes with some doubts as well as benefits for other enterprise software players, particularly Microsoft.

Slack is also still in Microsoft’s crosshairs despite the agreement. Speaking to the financial news service Bloomberg recently, Microsoft CEO Satya Nadella suggested that Slack would not exist without the Windows operating system. “I always ask the question, would Slack have even existed if it was not for the free access they had on top of, say, the Windows platform?” he said.

While this is typical of the sparring between the two companies over the past few years, it indicates that even with Salesforce behind it's unlikely the jabs will cease.

Before leaving Salesforce, it is worth mentioning a new release from the San Francisco-based company. The new Intelligent Document Automation (IDA) technology for healthcare and life sciences companies will enable them to digitize their document management processes.

The healthcare and life sciences industries continue to rely largely on legacy systems as well as faxes and paper documents to manage patient records and communication such as enrolling patients in care programs, patient referrals and intake.

While this release is being flagged for health and life sciences, there are many applications for something similar in other verticals. It also underlines the importance of effective data capture without the problems created by human error.

There's also news from Redmond, Wash.-based Microsoft this week that Office 2021 is on the way. According to a blog from Microsoft, there will be not one but two new versions: a consumer Office 2021 version, and Office LTSC (Office Long Term Servicing Channel) for commercial customers. Both will be available for Windows and macOS.

Microsoft has not really said what updates are going to appear but the variant will include things like dark mode support, accessibility improvements, and features like Dynamic Arrays and XLOOKUP in Excel.

That Microsoft is pushing ahead with a new version of Office is interesting enough. In recent years, its push to the cloud has put question marks over the continuation of some of its products, even established ones like Office on premises.

The LTSC version is very specifically for organizations that have specific needs. A blog about the release explained: “We have built Office LTSC for a limited set of specific situations: regulated devices that cannot accept feature updates for years at a time, process control devices on the manufacturing floor that are not connected to the internet, and specialty systems that must stay locked in time and require a long-term servicing channel."

It added that it does not expect that customers that use Office LTSC will use it across their entire organization. Rather it will only be used in specific scenarios. It has also been designed so you can deploy both Office LTSC and the Microsoft 365 version of Office with the same deployment tools. Office LTSC will now only be supported for five years instead of the seven that Microsoft has typically provided for Office.

It is important to note though that Microsoft is still committed to the cloud, and the improvements that come with Office 2021 are likely to appear in Microsoft 365 first.

Finally, this week, Trend Micro says it has found "several" security flaws in the popular file sharing Android app ShareIt. ShareIt has been downloaded over a billion times from the Google Play Store.

ShareIt is the product of Singapore-based developer Smart Media4U. The app, which has been on an upward trajectory over the past several years, has garnered recognition for its swift growth and global reach.

In the notice, Japan-based Trend Micro pointed out that the vulnerabilities can be abused to leak a user’s sensitive data and execute arbitrary code with ShareIt permissions by using a malicious code or app. They can also potentially lead to remote code execution (RCE).

Remote arbitrary code execution is most often aimed at giving a remote user administrative access on a vulnerable system. The attack is usually prefaced by an information gathering attack, in which the attacker uses some means such as an automated scanning tool to identify the vulnerable version of software.

ShareIt is set up to open other apps when it comes to data exchange via its content provider interface. According to researchers, these vulnerabilities could allow any third-party entity to gain temporary read/write access to the app’s content provider data.

This is not the first time that ShareIt has been flagged as a security risk. The app was blacklisted by the U.S. in January.