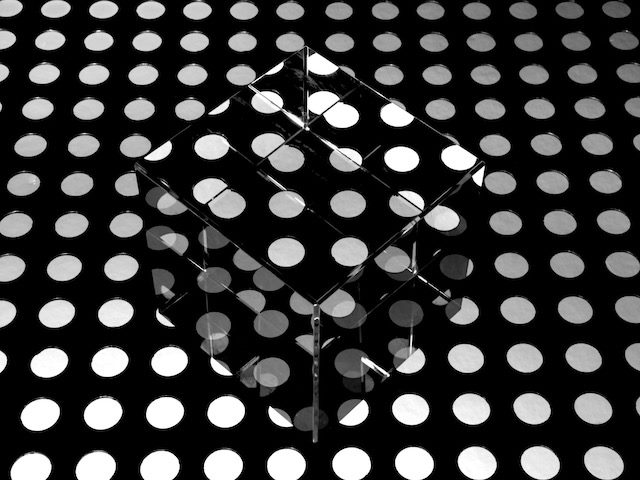 Box’s development as a company is striking. The Redwood City, Calif.-based company started out as a provider of file sharing and storage. From there it evolved into what is arguably a cloud-based enterprise content management offering and then to content services provider.

This week marks the latest step in its evolution. Box is now billing itself as an enterprise collaboration enabler, which is reasonable given its file sharing origins. This week, it announced a number of upgrades and new products that underline those collaboration credentials.

The announcements include the general availability of Box Notes for real-time content collaboration and project management, the November beta of Box Canvas for visual collaboration and whiteboarding, and the upcoming release of Content Insights, for increased visibility on how content is accessed and used.

With the new and existing releases, Box aims to provide users with a single place where they can collaborate more effectively by building on insights offered by analytics tools already available in the same suite.

And there is more to come. Diego Dugatkin, chief product officer at Box issued a statement about the releases at BoxWorks2022 in which he stated: "Building off of today’s announcements, customers can continue to expect new innovation from Box that helps to reduce the cost and complexity of their IT stack, while keeping their information secure."

The two key words here are security and information and these releases deliver on both:

While Box Notes isn't new per se, the company claims this edition is new in that a new advanced technology engine now supports it to improve reliability and makes it possible for users to scale up and down. Box users have created millions of Notes since the introduction of the tool, and with this version they will now have improved security and control capabilities, like granular permissions and access statistics.

Due to Box Notes being build in the Content Cloud, it has access to existing Box features like task management, workflow automation, comments and real-time alerts, as well as the security features of cloud.

Canvas is a whiteboard and collaboration offering expected to be released in beta in November.

The name may sound familiar, as Slack announced the release of its own Canvas offering in September which, using its third-party integrations, enables hybrid teams to collaborate in much the same way as Box. The whiteboarding collaboration market has seen a number of new entries in recent years, with Box marking the latest to enter the ring.

The final offering of note this week is Box’s new Content Insights, which is expected later this month. It provides easy-to-generate visualizations of content-related activities as well as granular insights into how, by whom and for what the content is being used.

All of the new releases are being highlighted at the company's flagship BoxWorks event, which was still going on at the time of writing, so there may be more to hear from Box in the coming weeks.

The enterprise software space also got a little bit bigger this week, with the closing of the acquisition of Citrix by Vista Equity Partners and Evergreen Coast Capital. Fort Lauderdale, Fla.-based Citrix will now be combined with Palo Alto, Calif.-based TIBCO software, a deal which will partially be funded by the spin-off of San Jose, Calif.-based Wrike, which will become an independent company.

Despite the separation from Citrix, Wrike will continue to have the financial backing of Vista Equity Partners and Evergreen Coast Capital, who jointly financed the Citrix deal.

In a statement about the deal, Wrike explained that its focus moving forward will remain the same: "As Wrike moves forward, our focus remains the same. We have the most intuitive, versatile, and scalable work management platform on the market and a collaborative, driven team dedicated to freeing our customers to focus on their most purposeful work."

The deal to buy Citrix was first announced in February. The combination of Citrix with TIBCO is a major play in the enterprise space. TIBCO was already part of the Vista portfolio. Its enterprises data management capabilities brings the possibility of connecting data siloes across the digital workplace to Citrix. TIBCO's software focuses on real-time communication for business-to-business, business-to-consumer and business-to-employee data transfers.

Citrix offers a secure digital workspace and application delivery suite. In a statement issued when the acquisition was first announced, Bob Calderoni, chair of the Citrix board of directors and interim chief executive officer said of the deal: "Together with TIBCO, we will be able to operate with greater scale and provide a larger customer base with a broader range of solutions to accelerate their digital transformations and enable them to deliver the future of hybrid work."

So where does this leave San Jose, Calif. Wrike? In a post about the future, Andrew Filev, the company’s founder, said it would use its independence to "continue pursuing innovation focused on solving dynamic workplace challenges and meeting the needs of the modern workforce."

He pointed to the new opportunities to improve productivity that have emerged due to the acceleration of digital transformation projects over the past three years, particularly for work management and automation vendors like Wrike.

By bringing work management and automation tools to the digital workplace, organizations have an opportunity to unlock the hundreds of workflows that exist in enterprise content, but which remain hidden. To better understand what is happening in the enterprise, Wrike surveyed approximately 3,000 business leaders and workers for its Dark Matter of Work report.

The findings weren't particularly surprising. They show that 55% of the work that takes place in the workplace is invisible to key stakeholders. For organizations with 3200 workers, that results in $60 million in lost revenue through wasted time, employee churn and cancelled projects.

Wrike’s solution to the problem has been the development of its work management platform. In fact, according to the blog, it has released more than 200 updates in the past year alone and aims to continue apace into the future. To oversee the growth, the company has also made two major executive appointments, notably Thomas Scott as chief financial officer and Brian Clark as chief revenue officer.

“We have the most intuitive, versatile, and scalable work management platform on the market and a collaborative, driven team dedicated to freeing our customers to focus on their most purposeful work. There has never been greater demand for a solution like ours and a better time to deliver it,” Filev wrote.

There's more from Citrix this week. Also this week came news of a new partnership with Kyndryl, a new company that emerged in late 2021 as a result of IBM spinning out its infrastructure services.

In a sense, the new partnership with Citrix is an affirmation of its position as an independent company and the new direction the leadership at Kyndryl had talked about before its independence became official.

At the time, they saw the company acting as a consulting and implementation arm for companies looking to evolve that were stuck with legacy technologies. Data, of course, is at the heart of this kind of transformation and Citrix appear to have a lot of the elements that Kyndryl needs. It provides remote access to data, data security and ensures data availability which, in turn, fosters hybrid workplace collaboration.

Life after IBM appears to be going well for Kyndrl, and partnerships like this will help it gain enterprise traction in a very competitive market. The company is also offering a portfolio of products and services to lure in organizations that are trying to successfully manage their digital transformation.

Another merger of note happened this week: Thoma Bravo announced the merger of UK-based Condeco, a global provider of workspace scheduling software, and iOffice + SpaceIQ, a global workplace and asset management company, to create Eptura.

Both companies are part of Thoma Brava. A statement about the deal said the new company would be better able to compete in a market that is estimated to be worth about $25 billion.

According to a statement, Eptura stands for ‘the epicenter of the future at work,' underscoring the company’s ability to accelerate the development of new worktech solutions and enhance the user experience.

The combination of the two sets of products creates a single vendor that aims to unify best of breed software across asset management, workplace experience software and workplace management systems.

The statement also states the new company will have a ready-made audience of 16.3 million users across over 115 countries working in 16,000 client companies.