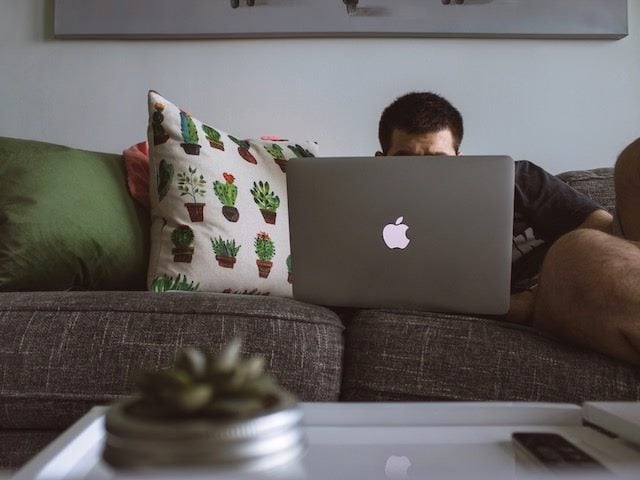 “I hate computers, I just like solving problems,” David Paul said with a laugh. "I’m the Director of the IT Service Desk at TRC (a Nexthink client), but the name of my department may need to change because that’s only one of the things we do. We also manage the system lifecycle and user lifecycle."

Throughout his career, Paul has identified with a quote he had on his desk in the '90s: IT exists for the company, the company doesn’t exist for IT. “Our CIO had everyone put up a sign at their desk with that saying, and I’ve always loved it because it encapsulated how I felt, and I’ve brought that with me all the way.”

Paul sees what he does as user enablement. From day-to-day break fixes (“It’s technology and it breaks,” Paul laughed), to system procurement and maintenance, to ensuring our technology for each employee is as good as it can be, Paul says his real job is to remove roadblocks so employees can get their work done. “That’s how the Service Desk brings money to the company; we partner with the business and help them achieve goals through the use of technology, often more quickly than without.”

Nexthink is a sponsor of Simpler Media Group’s Digital Workplace Experience Spring Event, taking place online on May 13. Paul will be taking place in a Q&A session with Tim Flower, Nexthink’s Global Director Transformation titled, “Taking Lessons Learned From 2020 to Modernize the IT Dept."

We spoke with Paul to hear his thoughts on remote workplace challenges, on moving from a reactive to proactive IT stance and where he sees IT adding value in the workplace of the future.

Simpler Media Group: How did you get into user support?

David Paul: I’ve been doing this since 1992. I was in Marketing and Sales, and I realized it wasn’t for me. I didn’t care if somebody bought something, I just liked solving problems. I got out of marketing and sales and into technology. I worked 14 years in infrastructure and have experienced the whole operational side, but I just kept coming back to user support. I’ve been at TRC for seven years now, so I’m someone who likes to settle in. I like to feel that I’m part of something, helping a company that I believe in to succeed.

SMG: What were IT’s biggest challenges during the pandemic (at the start, six months in, one year later)?

Paul: The most obvious challenge is remote support. We were in a fairly good position because we do consulting in the power and environmental and infrastructure world and, as you can imagine, these areas are all outside. When we say we have people “out in the field,” they’re literally in a field.

There are challenges with remote work that we were already addressing, but nothing like what came with the pandemic. We went from a few hundred people using the VPN, to thousands. Our VPN system couldn’t handle that, because that’s not what it was designed for, so we had to switch away from that model. We had a long-term plan to migrate from Skype to Teams, but we had to condense it to three weeks. Within a month we had changed our VPN to an always-on system, had changed over to Teams, and then started switching office phones over to Team calls. Luckily we were already at about 97% laptop usage, but there were people at home who needed help with monitors and keyboards that they weren’t thinking of when remote work was more occasional.

It was a paradigm shift for end users as well, more than for IT. End users were used to coming up to service desk team members in the 15 offices. But with the pandemic, they couldn’t. We had to be more controlled about it than you can when you’re all in one location. So that was a huge shift. 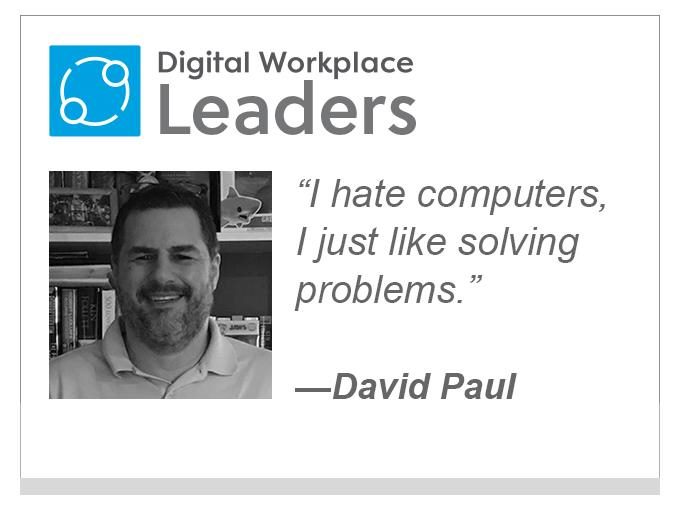 SMG: How has TRC partnered with Nexthink to solve its business goals, particularly as related to the pandemic?

Paul: Nexthink has done for us what we’ve never been able to do before. Which is, to transition IT from a reactionary state of putting out fires to a proactive state of preventing them. We want to build a better business, and you can’t do that if you’re always fixing broken things. If you build a highway you want it to be a good, safe route that people can use; you don’t want to have potholes forming and bridges that require constant fixing. I’d rather build a safe technology highway that serves what they need, and if there are accidents you deal with them.

Nexthink also helped last March by running and automating a report that enabled us to see who was in the office. We’re very careful with safety, so we needed to know who was in the office, and why, because only essential workers were allowed. We don’t have a centralized badging system because so many of our offices are based on project work. The Nexthink report helped us identify computers by location and excluded print servers and other non-user machines, so we were able to identify down to the smallest office who was there. The crisis team loved it so much we made it a permanent thing in Power BI so they could review it every day.

Nexthink also helped us with identifying how people feel. You can send out surveys but, with the pandemic, people are getting more emails than ever and open/response rates are suffering under the volume. Instead, we use an engagement tool that pops up on the screen with three to five questions and a comment box for employees to share what they’re thinking ... and boy do they respond! Our lowest response rate was 65% or 70%, but it built up to where we are now, in the 90s. We have a great communications team who knows the right questions to ask and an HR Team who helps us to respond to employee needs.

How Are We Adding Value to the Business?

SMG: Looking ahead, are there takeaways that IT teams can apply to solutions going forward, such as challenges with a post-pandemic hybrid work model?

Paul: These are challenges every organization has because of the pandemic and it’s now part of people’s everyday world. Companies have to offer remote work because people enjoy it. They don’t necessarily want to be home every day, but they want the freedom to do either. That’s an ongoing thing that IT has to adjust to. We need to support this constantly moving user base and give them that constant connectivity and support when they need it. The saying I mentioned earlier from the late '90s still stands, and if you keep that in mind you can tackle all these challenges.

As I reflect on what happened in the past year, what I see is that we need to continue down the path of looking for better engagement with the people we support and the business we support. We need to leverage and adjust our team so that we can focus on the core functions that we do for the business that are value-add. It’s not just about tools.

SMG: What do you like to do in your spare time? Have you picked up any new hobbies over the past year?

Paul: I spend my spare time with my family and four dogs. And I have the same new hobby everyone has, which is watching more movies on Netflix.

Register for your free pass to the Spring Digital Workplace Experience today.

The events staff at Simpler Media Group, publisher of CMSWire and Reworked, work to inform our readers and community on our two conferences, CMSWire CONNECT and Reworked CONNECT.