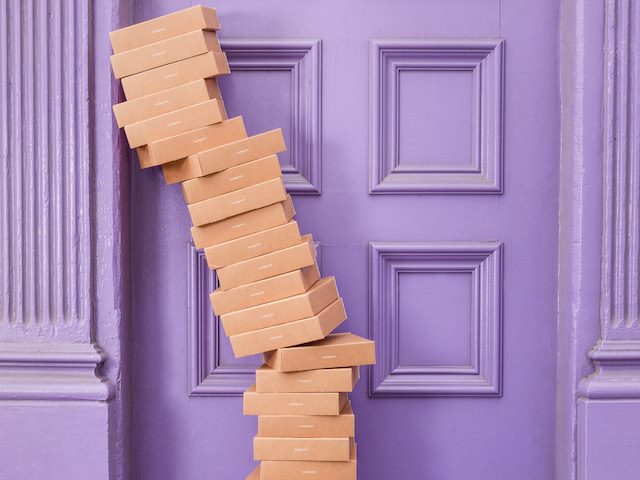 Dropbox announced this week that it is bringing end-to-end encryption to its file storage service through the acquisition of Augsburg, Germany-based cloud security company Boxcryptor.

Boxcryptor offers a service that encrypts data on a user's device before it is saved to the cloud. It works for organizations using Dropbox, but also those using Google Drive, Microsoft OneDrive and iCloud Drive among others.

The buy may come as a surprise given the fact that Dropbox already has encryption capabilities built into its file sharing service.

The difference here is Boxcryptor offers what is known as "zero knowledge," which means all of the data is encrypted on the user side so the user has complete control over who can decrypt it. Dropbox has access to all of the encryption keys in its current encryption service, which means it could in theory decipher any encrypted data.

In the announcement about the buy, Dropbox cited Ernst & Young’s 2021 Global Information Security Survey, which found more than 75% of respondents saw a marked increase in the number of attacks on data since the pandemic sent many workers home. Encryption has become a key differentiator in many data-heavy digital workplace technologies as a result.

In the statement about the deal, Dropbox explained it intends to embed Boxcryptor’s capabilities natively into Dropbox.

But there is more going on here. Leaving aside the ambiguity in the statement from Dropbox explaining it has signed an agreement “to acquire several key assets from Boxcryptor” — a full buy-out is never mentioned although it seems unlikely it could be anything other than that — it also follows hot on the heels of recent announcements from Dropbox that moves it closer to the enterprise space than it has ever been.

Those announcements included three major upgrades that give enterprise users increased collaboration functionality in the form of Dropbox Capture, HelloSign and Dropbox DocSend.

However, with any of these tools, along with the other tools that Dropbox has been adding in recent years, data security is key. And without guarantees about that security gaining traction in the enterprise will be a lot more difficult.

The Boxcryptor deal will go a long way to providing enterprises with the security reassurances they need.

With the dust hardly settled on its Zoomtopia conference, San Jose, Calif.-based Zoom has just announced a deepened partnership with Austin,Texas-based Vyopta, a collaboration optimization specialist.

“Together, we share many enterprise customers where Zoom and Vyopta are delivering better experience through our integrations,” said Mitch Ricks, global leader of ISV partnerships and strategy at Zoom. “This partnership enables us to continue to work together in delivering unique value to our customers across their specific IT technology solutions."

Vyopta develops an analytics platform that monitors and improves the performance of unified communications systems and collaborative technologies offered by companies such as Cisco, Microsoft, BlueJeans, Polycom and Zoom. Performance metrics include historical analytics, as well as insights into the user experience across a variety of communications technologies. In this case it will be offering insights into Zoom Rooms, including Zoom-enabled conference rooms, so users can identify and manage issues as they happen.

This is not the first time the two companies have partnered. Last July, Vyopta announced support for Zoom Phone and Zoom Rooms. In that case, Vyopta offered the ability to monitor and analyze livestream telemetry and insights and store the related history of the core calling capability and peripherals in the room.

The recent announcement is symptomatic of a wider push by Zoom to hold onto its user base as the impact of the pandemic fades.

At the end of the November shares of Zoom Video Communications had dropped roughly 90% from their pandemic peak in October 2020 as the company struggled to adjust to a return to office world following its Q3 2022 earnings call, according to Reuters. The stock was down nearly 10% after the company cut its annual sales forecast and posted its slowest quarterly growth.

Since the return to the physical workplace which started for many workers at the beginning of this year, Zoom has been expanding its offering to make itself relevant in the current work models.

The result was the beta of email and calendar software and improvements to its Zoom One offering which brought together persistent chat, phone, meetings, whiteboard, and more into secure and scalable packages.

And there is more on the way. In a statement about the results, Eric S. Yuan, Zoom founder and CEO outlined its future strategy: “Our customers are increasingly looking to Zoom to help them enable flexible work environments and empower authentic connections and collaboration. Proactively addressing these needs with Zoom's expanding platform continues to be our focus in this dynamic environment.”

What happens next is unclear, but what is certain is Zoom will have to keep innovating to maintain its position in a red-hot market.

Elsewhere, San Francisco-based Coda has released a new workplace survey that offers insights into the productivity of enterprise workers and the success of employee engagement initiatives. Coda develops a document management system that makes it possible to create documents that include a multitude of objects. Users can build simple or complex documents from scratch or start with one of the many on offer templates.

According to the research, while many organizations are focused on cultivating employee engagement to maximize productivity and avoid reductions in the workforce, the results are a mixed bag and can lead to negative effects like presenteeism.

The Rituals of the Modern Workplace are Highly Personal report is based on a survey of 1,002 full-time employees in the U.S. who work at a computer and often with a team. The findings include:

Even those who are “anti-meeting” agree they are the best way to brainstorm. Companies have been forced to innovate and digitize at an unprecedented pace, but employees haven’t forgotten the value of face-to-face interactions: 80% of respondents prefer to brainstorm in some sort of meeting, with live forms of communication the most favored medium across all age groups.

More than two-thirds of respondents consider themselves “morning people” when it comes to productivity, so daily check-ins should not disrupt this critical time. Stacking back-to-back calls outside of workers’ peak performance time isn’t the answer either: 54% prefer whitespace between meetings to engage in deep work.

3. Who's Got a Productivity Complex?

When respondents compared their productivity to coworkers, 41% reported they are more productive than their counterparts, with men (57%) more likely to support this sentiment compared to their female counterparts (43%).

You either control your email, or it controls you. Despite tech companies efforts to replace the email inbox with internal chat tools and similar to improve productivity and streamline the flow of information, employees still report inbox overload.

Google announced a number of upgrades to its Workspace suite of tools late last week.

Among the upgrades is the ability to share Doc, Sheets and Slide files while on a call with other call participants via the meeting’s chat panel. They can choose to share with everyone or select the individuals who will receive the file.

However, the biggest improvement by far is new search features for Gmail's inbox. While Google hasn’t said much about it, a blog post mentions it is improving its search option to contextualize users' search through the Google search engine based on searches the user carried out in Gmail.

This follows upgrades to search last July in which it contextualized search in the Inbox itself to offer better contact suggestions by matching emails with names, primarily first names. It also made suggestions based on previous exchanges with people that respond in your inbox.

All the new Gmail functionality is built around Google’s machine learning offerings.

The company stated these updates will be available to all Workspace and G Suite users in the coming two weeks. The company also recently announced an upgrade to the Workspace individual plan by increasing the amount of storage from 15GB to 1TB at no extra cost.

Finally, this week, San Francisco-based voice-recognition technology provider Deepgram announced it raised $47 million in a Series B funding round. This brings the total raised to date in this round to $72 million, and $86 million overall.

For organizations this means understanding speech from several different languages and can develop speech-recognition models that can analyze and understand that speech in difficult audio settings.

Deepgram claims that it has transcribed over one trillion words from the equivalent of 10,000 years of raw audio data to date.

The company’s data scientists source, create, label and evaluate speech data to produce speech-recognition models that can understand brands and jargon, capture an array of languages and accents, and adapt to challenging audio environments

Founded in 2015 by CEO Scott Stephenson, who was originally a particle physicist, the company recently upgraded its platform to add language identity and detection.

This enables it to detect the main language in an audio file and transcribe the speech in the language it has detected. It is now available for 16 languages including Spanish, French, German, Japanese and Hindi.

The company counts NASA, Spotify, and auth0 among its principal customers.