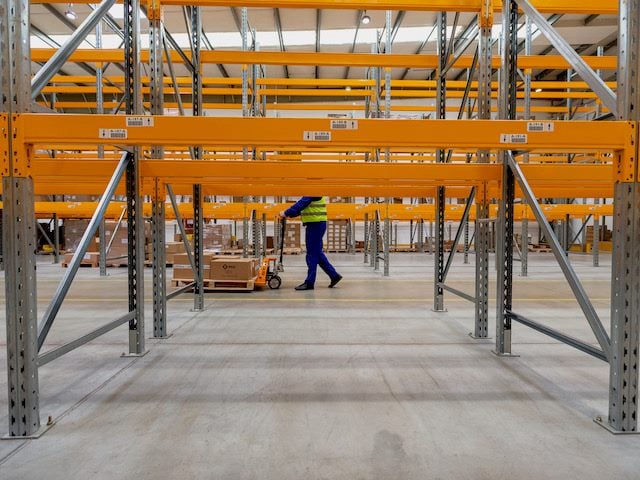 How Amazon Uses AI to Automate Work in its Corporate Headquarters

When I wrote my book, "Always Day One," I wanted to open up the tech giants’ method of doing business to the outside world. My sense was that by revealing their leadership practices, processes and internal technology, I could hand their playbook to those seeking to compete with them or emulate the constructive parts of their businesses.

As I reported the book, I was struck by how deeply artificial intelligence was already ingrained in their cultures. With in-house AI research labs that rank among the globe’s best, the tech giants were automating wide swaths of their operations and changing the nature of work within their companies.

This commitment to AI in the workplace is newly relevant as powerful tools like Dall-E, ChatGPT and similar make their way into the public’s hands. As access to this powerful technology spreads, nearly all companies will soon have tools like those I saw inside Amazon, Apple, Facebook, Google and Microsoft. So work inside our companies will change as well.

What follows is an excerpt from the book looking at one of the most fascinating programs I came across, Amazon’s Hands Off The Wheel.

Humans are predictable, Amazon knows it well. “Pick a ZIP code, and Amazon can pretty much tell you what people wear, buy, and do in that ZIP code,” said Neil Ackerman, an ex–Amazon general manager. “Go from house to house. They wear the same clothes, they eat the same food, they decorate the same, they buy the same stuff. It could be different colors, but they’re mostly predictable.”

With 25 years of data at its disposal, Amazon knows what we want, when we want it, and it’s likely already sent the next thing you’re going to order to a fulfillment center near you. Amazon knows a surge in winter coat orders is coming in the fall. But not only that, it knows certain ZIP codes buy lots of North Face jackets, so it can load up on North Faces in nearby warehouses.

Using this knowledge, Amazon is automating an array of work in its corporate offices under a program called Hands off the Wheel.

Amazon’s fulfillment centers get stocked with products before you buy them. And traditionally, Amazon has employed “vendor managers” to make this process run smoothly. A vendor manager working with Tide, for instance, figures out how much detergent to place at each Amazon fulfillment center, when it needs to be there, and how much Amazon will pay per unit. Then, they negotiate the price with Tide and place the orders. The position was prestigious inside Amazon until recently. It was fun, relationship-oriented, and put Amazonians in contact with the globe’s top brands.

Then, in 2012, Amazon’s senior leadership began examining whether people really needed to be doing these tasks. If the humans were predictable, Amazon’s algorithms could potentially determine what products needed to be in which fulfillment centers, when they needed to be there, in what quantity, and for what price. And they could probably do it better.

“Buyers in a traditional manner do the same thing over and over again,” Ackerman said. “They get a call, they get a sales pitch, they buy an amount of product, they usually buy the wrong amount because they’re humans, and lo and behold, people buy the products, and it’s a cycle. When you have actions that can be predicted over and over again, you don’t need people doing that. And frankly, computers, or algorithms, or machine learning, are smarter than people.”

Understanding this, Amazon’s leaders decided to attempt to automate traditional vendor manager responsibilities including forecasting, pricing and purchasing. People inside Amazon began calling this initiative Project Yoda. Instead of having vendor managers do the work, Amazon would use the Force.

In November 2012, Ralf Herbrich joined Amazon as its director of machine learning. One of his early goals was to get this project off the ground. “I remember when I started. We had a lot of manual decision-making and forecasting still happening,” Herbrich, who left Amazon in late 2019, told me via phone from Berlin. “We were starting to look into algorithms; in fact, it was one of my launch projects.”

Herbrich and his team — which fluctuated from a few dozen machine-learning scientists to more than a hundred — spent the next few years hunkered down trying to bring Project Yoda to life. They initially tried a few textbook machine-learning approaches, which were ideal for predicting orders for products purchased at high volume, but broke when applied to products purchased sporadically. “They worked nice on maybe one hundred or one thousand products,” Herbrich said of the textbook methods. “But we had twenty million to do.” So they tinkered. Each time Herbrich’s team came up with a new formula, they used it to simulate the previous year’s orders, trying to figure out how it did versus Amazon’s actual numbers with human workers.

With trial and error, Herbrich’s predictions got good enough that Amazon began putting them right in its employees’ workflow tools. Vendor managers now saw predictions for how many units of products to stock in each region. Vendor managers (and their colleagues who assisted with product ordering) used these systems to “augment their decision-making,” as Herbrich put it.

In 2015, the initiative once known as Project Yoda became Hands off the Wheel, a name that’s less subtle. Instead of simply taking the AI’s predictions into account as they made their decisions, Amazon vendor managers would take their hands off the wheel and let the system do its work. Soon, Amazon’s senior team set high goals for the percentage of retail employee actions that should be entirely hands off the wheel. Manual interventions were discouraged, and in some cases had to be approved by category managers (quasi-CEOs in their own right).

Vendor managers’ jobs soon changed profoundly. “We were not able to order as much as we used to with the freedom and flexibility that we used to be able to,” Elaine Kwon, a former vendor manager, told me. “At some point, if I’m preparing for a big holiday, I spend a lot of my time thinking about what to order. That is a buyer’s job, to figure out what to buy. That’s slowly getting taken away too. [Management] was like, ‘No we’re not going to have you guys do that.’”

At a meeting about Hands off the Wheel goals, an ex–Amazon employee I’ll call Tim, who asked to remain anonymous, fearing retribution, said he brought up what was quickly becoming evident. “So, just to be blunt, we should probably find different job functions, because we’re clearly working ourselves out of a job here?” he said. The room laughed, but Tim was serious. And eventually, the presenter said yes, this would decrease the amount of human involvement. “They essentially said yes but didn’t want to put too fine a point on it,” Tim explained.

Hands off the Wheel eventually extended across the entire retail organization. Forecasting, pricing, purchasing and inventory planning are now being done with the assistance of, or entirely through, automation. Merchandising, marketing and even negotiation are also partially automated inside Amazon. When suppliers want to make a deal with Amazon, they now often negotiate with a computer portal instead of a vendor manager. The car is driving itself.