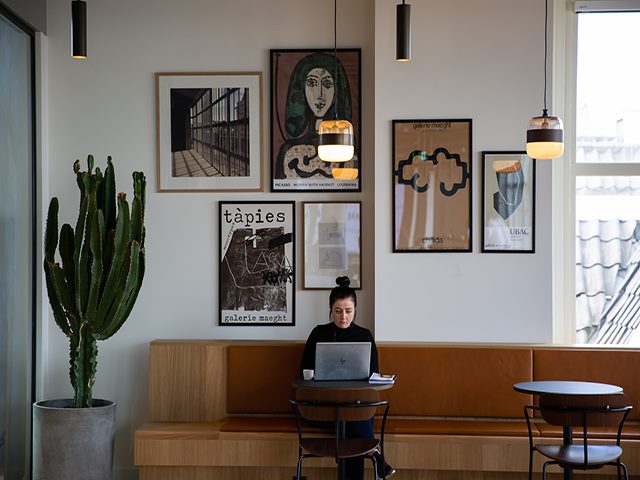 How Gig and Freelance Workers Can Support Your Workforce Strategy

The remote work environment has proven to be a positive experience for many employees. In fact, the increased flexibility afforded to remote employees has even led to some choosing to leave full-time employment and seek more independence. The so-called Great Resignation and the legions of people leaving their jobs in search of new ones has further fueled the gig economy.

For those who stayed with their employers, striking the right balance between in-office and remote work will be key. According to Gartner, demand for remote work will increase by 30 percent by 2030. Companies that want to be successful in their recruitment and retention strategies stand to gain from paying attention to what their workforce wants.

In turn, the increasing force of the gig economy has piqued the interest of organizations. Leaders have an opportunity to reduce overhead costs and increase productivity by turning to gig workers, contractors and freelancers instead of full-time employees. With increased employee turnover, the question becomes: Will freelancers be able to take the place of full-time employees?

The gig economy has traditionally been perceived as consisting of non-specialized labor such as ride-sharing drivers and food-delivery workers. The pandemic has changed that perception, as a growing number of skilled knowledge workers have since become freelancers.

Upwork’s 2021 Freelance Forward found that the number of skilled freelance workers in areas such as IT, marketing, computer programming and business consulting rose from 50 percent in 2020 to 53 percent in 2021. It may be no surprise then that, according to an Intuit report, 80 percent of large corporations plan to increase their use of a flexible workforce in coming years.

With growth in the number of skilled workers entering the gig economy, finding employees who want to join a company full time and stay long term is proving challenging — even for remote organizations.

“Even as a fully remote company, it's sometimes hard to find the right person for a full-time role,” said Phil Strazzulla, founder of Cambridge, Mass.-based Select Software Reviews. He said freelancers can be a great alternative since the process of working with them is easier, cheaper and less time-consuming than hiring full-time personnel.

Related Article: Remote May Not Be the Workplace Model of the Future

There are several reasons why companies choose to hire temporary freelance workers instead of full-time employees. For those yet unconvinced, here are three advantages:

Freelance workers enable smaller companies to create or expand core business functions such as HR, IT, software development or marketing by bringing in specialized expertise for unfilled roles. This is particularly true in start-up businesses and hybrid workplaces.

“Hiring gig workers in hybrid companies supports moving from project-based work to functional responsibilities-based, with critical work packaged into well defined, measurable deliverables,” said Miles Everson, CEO of Ashburn, Va.-based MBO Partners. By focusing on specific outcomes, companies can apply the right talent to a specific goal regardless of whether workers are on staff or independent contractors.

The gig economy offers companies access to a broader talent pool by opening opportunities in locations and areas where the company may not have had access.

For instance, skilled software developers have traditionally been found in tech hotspots. Companies located in more remote locations may have faced significant challenges in finding the best person for the role — and may have had to consider paying much higher wages to secure the right talent.

Similarly, companies can now hire workers from anywhere around the world, further expanding the talent pool. This often enables businesses to get projects up and running more quickly and efficiently.

3. Providing a Surge of Workers

Perhaps the biggest advantage of the gig economy is that it enables organizations to get more things done.

“Hiring gig workers can deliver the work you need without as many commitments and at a better price than having employees with a fixed salary,” said Ari Shpanya, CEO of San Francisco-based LoanBase. Often times, this allows companies to save costs and still get the same results.

Hiring freelancers also provides a larger window of operation based on location, opening up the possibility of having a 24-hour global operation. "The company can also take advantage of this and have a portion of their workforce covering certain timeframes that their regular employees cannot," he said.

What's Next for the Gig Economy?

There's little doubt that the gig economy provides significant benefits for organizations. Based on recent data, there is also an increasing number of workers who prefer it to full-time work with one company.

Yet, companies considering incorporating a freelance workforce should first make sure they have the right infrastructure to support a working model that incorporates gig and contract workers.

“It is essential to ensure that you understand the patchwork of regulations that govern working with independents,” said Everson. But it goes beyond just staying compliant with relevant laws. Organizations also need to have suitable systems and processes to enable gig workers to thrive, he added.

“It is equally important to learn how to package work and have clearly articulated deliverables," Everson said.

The bottom line is that whether or not a company chooses to participate in the gig marketplace isn't entirely up to the company. Talent wins, and as the future of work continues to evolve, companies that follow the talent are most likely to succeed.