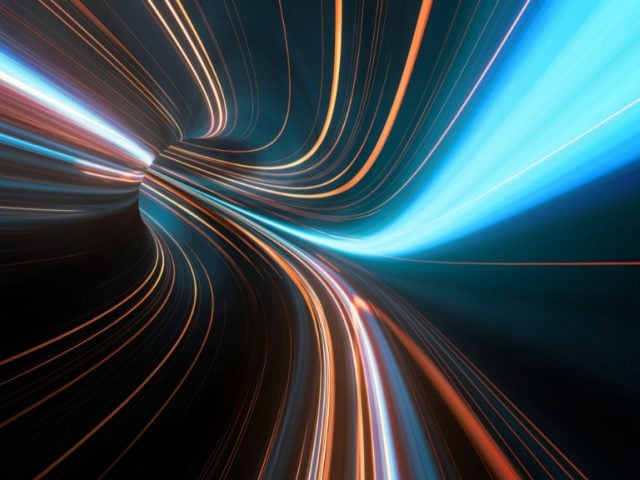 There has been a lot of discussion about low-code and no-code development and how their use can impact digital transformation.

Low-code development tools, and their close cousin no code, put user-friendly features such as drag-and-drop interfaces and WYSIWYG editors into the hands of citizen engineers, allowing non-developers such as HR, marketers and operations teams to rapidly develop, deploy and maintain enterprise software applications.

According to research by analyst firm Gartner, more than 50 percent of medium to large enterprises will have adopted a low-code application platform (LCAP) as one of their strategic application platforms by 2023, largely due to developer shortages and skill-set challenges.

The disruption caused by COVID has accelerated the trend. The number of business leaders who indicated that low- and no-code development platforms are their most important automation investment has almost tripled, rising from 10 percent to 26 percent according to research from KPMG.

The low-code and no-code approach holds promise to accelerate digital transformation by lowering technical barriers and enabling more teams to innovate and build sophisticated apps without requiring programming knowledge. And it's not just citizen engineers who can benefit, said Shiven Ramji, chief product officer for Auth0, an authentication and authorization platform provider.

“Giving more teams the autonomy to contribute to app development with low code and no code saves valuable resources, and will continue to lower the barrier to entry for building stellar apps,” Ramji said. “Finally, there is a big focus on low code and no code as being a big benefit to non-developer audiences, but let’s not forget that not all developers actually want to write or own code that could easily be accomplished by a low-code or no-code solution. So this is a win for both developer and non-developer audiences.”

Speed is another benefit of the low-code approach. "Digital transformation has been a high priority for years but the COVID pandemic took the importance of digital transformation to a new level," said Josh Kahn, senior vice president of creator workflow products at ServiceNow. "The speed at which companies need to deliver new applications to digitize business processes has never been faster.”

"Second, low-code tools move app development beyond the borders of the IT development organization and into the hands of citizen developers, which are employees who can quickly create an application without technical software development expertise.”

The Birth of Low-Code and No-Code Development

When some developers think of the term low code it makes them think back to the days when Microsoft’s Visual Basic was often used to prototype applications that would later be developed using C++ or later C#. Although there was still some coding that had to be written, applications were created in a WYSIWYG environment, and there were many third party components that allowed individuals with only rudimentary programming skills to create fairly full-featured applications without writing much code at all.

Visual Basic was initially released in 1991, was officially declared a legacy product in 2008, and was replaced by its successor Visual Basic .NET. Although many developers considered it the most dreaded programming language ever made, it was the first of what many view as a low-code integrated development environment (IDE), though the first true low-code application platforms actually appeared as fourth-generation programming language and rapid application development platforms in the late '90s and early 2000s.

The benefits of low code and no code include reduced development costs, increased agility and productivity, shorter time to implementation, quicker adaption, greater employee engagement and innovation, and a much larger developer base within the organization, as it lowers the technical barrier to entry and provides opportunities for employees from various departments to participate in application development projects.

Related Article: The Risks and Rewards of the Citizen Developer Approach

Why Low Code Is Important Now

Right now, it’s especially critical to remove barriers to entry, especially as developers are looking at customers’ changing needs and habits, tighter budgets and fewer developers available to implement new code, said Matt Pillar, vice president of engineering at OneSignal, a customer messaging and engagement solutions provider. Pillar said the ability to write less code and still get the job done is an effective and efficient self-service model that saves customers the time they would typically spend waiting for new software solutions to be implemented.

“This model is also great for non-developers to implement and ensures that customers (whether fellow developers or even someone on a marketing operations or web team) can easily integrate new tools and software into their existing solutions," he said. "This is not only critical for those without a more technical background, but also valuable for time-strapped product teams who want to buy vs. build a new feature.”

Not even counting the growth of intrapreneurial initiatives in enterprise businesses, some corporate leaders are embracing the often hidden innovation talents of their marketing, sales, HR and other non-developer teams. By enabling those with situational awareness of daily operations to actively participate in development of enterprise apps using low- and no-code platforms, they have found a growing developer base to tap into.

“In the early days of the Internet, B2B solutions were largely targeted toward the technical audience,” said Pillar. “As the demand for simple, drop-in solutions increases, software vendors are increasingly offering turnkey products for the basic sets of functionality in their offerings. Less technical audiences are then able to realize the core value right off the bat, and engage with their developer counterparts only when diving into the more complex workflows or features of the solution. Low-code options make it simple to get started with an elementary online store, email or chat-based customer support, and basic web analytics.”

Pillar suggested that the use of no-code web development platforms like WordPress contributed to the move towards no-code and low-code solutions and allowed enterprise businesses to tap into this larger developer base. Areas like customer messaging and community building have been catalyzed by the effects of COVID-19 and remote working and are driving continued digital transformation.

"What we are seeing is that organizations, in their effort to go digital, are asking existing non-technical employees to figure out how to solve technical problems," he said. "These employees are reaching to low-code solutions to bridge that gap, and without such solutions the path to the digital age would be hindered substantially.”

This is pushing enterprise software developers to roll out new features and products to meet the need. ServiceNow's recent Quebec release introduced App Engine Studio, a low-code solution to turn manual processes into digital workflows at scale. “Citizen developers can generate code automatically with point-and-click or visual interfaces, as well as leverage other tools like pre-built templates to quickly build apps that are compliant with IT standards," Kahn said.

“Enterprise brands that allow builders to use a software platform as a starting point for developing large scale, custom built workflows are the brands that will stay competitive as companies increasingly vie for low-code market share,” he said.

In 2020, monday.com launched its apps challenge, calling on developers to design and build apps using its Apps Framework. More than 1,500 people participated and submitted more than 100 apps. Some of the apps that were created include:

Mystetskyi said that depending on the type of app that’s being created, low-code software can be a real time saver, sometimes allowing citizen developers to build fully automated workflows and integrations in a single day.

"Developers don’t need to think about the complexity of scale, queues, reliability, retries, configuration UI/UX — all of this is provided by our infrastructure out of the box," he said. "Developers just need to connect the wires and implement it based on their specific business logic.”

When Use Cases Become Too Advanced

While no-code platforms can provide enough functionality for significant enterprise apps, companies should recognize that it’s not a simple jump to go from creating no-code apps to creating low-code apps. “It’s important to understand your company’s needs and skills and what kinds of products or apps are necessary," Mystetskyi said. "There’s a significant knowledge and skills gap in transitioning a workforce from no-code to a low-code product.”

Further, low-code development has its own limitations as well. When a company starts a low-code project, the requirements may be fulfilled by the low-code app platform but as app enhancements are requested, the limitations may become more apparent. While non-programmers appreciate the ease of use, many programmers feel that LCAPs are too limited, are vendor specific, and they do not have the level of control they have when they write their own code.

Some low-code platform providers have taken this into account and are now offering the ability to dig deeper into the code when necessary, often through the use of APIs.

“It’s becoming more common for companies to offer a full-featured API for advanced, developer-driven use cases," Pillar said. "As companies grow and evolve, these use cases become more involved. For example, billing becomes international and more complex, employees want integrations between support tools and internal systems, and marketers want to expand past basic viewership statistics toward more detailed lead attribution. All of these use cases require more engineering support to integrate and often require custom development.”

What About Application Security?

It's also important to remember to take enterprise security into consideration. In an environment where hand-coding isn’t necessary and raw code is essentially hidden, the potential for covert vulnerabilities hiding under the hood and going undetected cannot be ignored, said Matias Madou, chief technology officer, director, co-founder of Secure Code Warrior.

"Enterprise users are essentially relying on third-party components when using a low-code/no-code solution, and any bugs in their codebase could potentially cause a security headache for its users,” he said. “Developers will still need to be security aware as well. There is still the possibility of business logic flaws being introduced in the front-end process.”

Just as with any software, enterprises should conduct their own security and penetration tests before launching, he added. “Companies want to lower costs and give people without technical backgrounds the ability to easily develop new system features, but they don’t have the security side of the equation figured out just yet,” he said.

Low-code and no-code development platforms provide new opportunities for rapid application development in these days of rapid digital transformation. By allowing team leaders, HR, sales, marketing and other non-programmers to play a role in the development process, no-code and low-code LCAPs lower the technical barrier to entry and open the door to cost savings and decreased frustration. Just don't forget to put a lock on it.