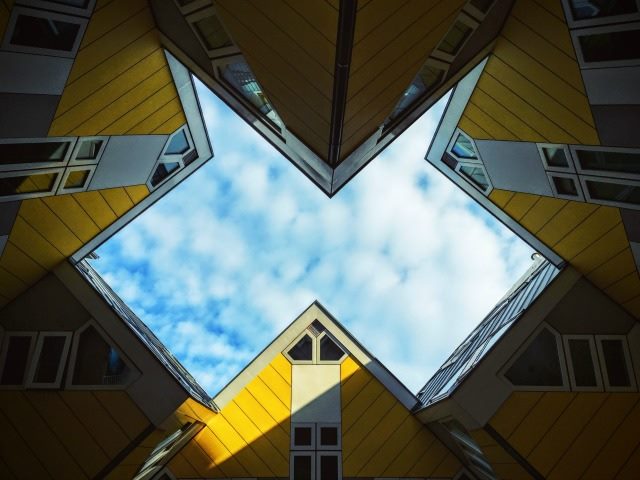 Following the spin-off of its managed infrastructure services into a separate company named Kyndryl last November, the big question for Armonk, New York-based IBM today is how the company will build its ability to monetize its expertise and software offerings.

At the time of the spin-off, IBM CEO Arvind Krishnan broke down the company's strategy into three principal themes:

The goal, he said, was to overcome the most common barriers to innovation which he identified as closed systems, proprietary technologies, untrustworthy AI and insufficient security.

Built specifically for the hybrid cloud world, the new service offers enterprises data security wherever the data is located — whether stored on IBM's cloud, on other clouds or on premises.

In the announcement, IBM cited a Research Insights finding which found the average company uses more than nine cloud environments at any given time, which exposes the business to more threats from malicious actors. The new service offers a cloud-based way to help organizations manage encryption keys across multiple cloud environments with a unified view, helping demonstrate their compliance and strengthen security.

The release is timely. A recent report by IBM’s Institute for Business Value in cooperation with Oxford Economics found that 80% of C-Suite respondents called the ability to have governance and compliance tools run across multiple cloud estates "important" or "extremely important." This makes crypto keys that safeguard critical data distributed across many platforms not just desirable, but essential.

While security and encryption keys are not necessarily the glamorous part of digital workplace technology, they are an essential part of the puzzle. According to the latest data breach report by IBM and the Ponemon Institute, the cost of a data breach in 2021 was $ 4.24 million, up 10% from the average cost in 2019. It's unlikely to get better any time soon either.

Over the past two years, Westlake, Ohio-based Hyland has been busy on both the product development front and with acquisitions in a bid to keep up with the growth of remote working. This week, the company's focus was on product development, through a number of releases that introduce enhancements across all of its platforms.

Specifically, the releases support new business demands related to the remote and hybrid workplace by way of simplified cloud administration and storage options, new automation capabilities, seamless and secure integrations with essential business applications, and greater scalability for installations of all sizes.

The additions include updates to Alfresco, which Hyland acquired in 2020 in an effort to help more organizations meet digital transformation goals. The enhancements include additions to Alfresco Content Connector for AWS S3/Glacier and Azure, which simplify storage management and add support for lower-cost storage tiers on AWS and Azure.

Hyland also announced a new healthcare solution, Hyland Clinician Window, which gives physicians access to the more than 75% of patient information that does not typically reside in the electronic medical record (EMR). workflow.

Finally, it has announced the release of Perceptive Content Foundation 22.1, which updates its Perceptive Experience Content Apps with functional enhancements, updated controls and configuration options, among other new features.

Hyland has been firing on all cylinders for some time now. It followed up its 2020 acquisition of Alfresco with the acquisition of Nuxeo in April 2021. It spent the first six months of 2021 devising a strategy for its newly expanded portfolio, on which it is now executing, as Gartner pointed out in its Magic Quadrant for Content Services last October.

However, Gartner also noted the company had bought two major content services solutions in the last 12 months with major overlaps. While Hyland is actively marketing OnBase, Alfresco and Nuxeo as CSPs (Content Services Platforms), there is significant overlap between these and, in particular, Alfresco and Nuxeo in terms of both capabilities and target clients.

This is unlikely to slow down the pace of development, so expect to see more movement in this space in the coming year.

Microsoft Teams Gets Another Translation Integration

For global enterprises, this offered teams across the world — not just those based in English-speaking countries — the possibility of collaboration.

Microsoft clearly thought it was a clever idea because its now introduced real-time translation functionality to video meetings on Teams. The service is supplied by Interprefy, whose cloud-based translation offerings have been integrated into Microsoft Teams.

The add-on enables meeting organizers to add a language selector to any Teams meeting, allowing participants to speak, listen and engage in their own language. Interpreters can work from anywhere in the world and deliver the interpretation in real-time.

It also gives Microsoft customers access to a large network of professional interpreters, who dial into meetings on request. Once a session has begun, users can switch between the original audio feed and the interpreter’s translation via a drop-down menu.

Late last year, New York City-based KUDO, which develops a multilingual web conferencing platform with human-powered simultaneous interpreting, also integrated its platform with Microsoft Teams. That integration offered Microsoft customers the option of real-time interpretation in over 200 spoken and sign languages through the addition of KUDO to any Teams meeting from the Microsoft AppSource.

While its unlikely that Microsoft was looking at Zoom when it entered these partnerships, they will make Teams a lot more flexible and attractive to global, multi-lingual businesses. While its not an ideal situation, as they are not native offerings, the partnerships with Interprefy and KUDO will help fill an irritating functionality gap.

VMware Cloud Flex Storage combines cloud-native abstractions to improve performance and cost across traditional and modern workloads. It is built on a mature, enterprise-class file system that was developed over many years, dating back to Datrium’s DHCI storage product which VMware acquired in July 2020. There are three key use cases of VMware Cloud Flex Storage:

VMWare stated in a blog post announcing the solution that it will initially focus on delivering a fully managed and natively integrated service for VMware Cloud on AWS. According to the company, the driver behind the release was the emergence of an increasingly distributed and diverse model for storage and data. Over time the company intends to deliver VMware Cloud Flex Storage as a consistent experience across multiple clouds.

The acquisition accelerates HP’s strategy to build greater traction in the hybrid work space as the split across home and office environments drives new technology demands. In a joint statement, HP and Poly stated they intend to deliver a complete ecosystem of devices, software and digital services to create premium employee experiences, improve workforce productivity, and provide enterprise customers with better visibility, insights and security.