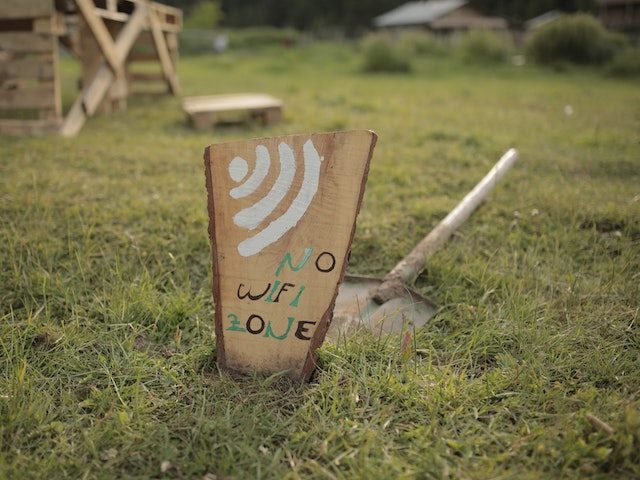 Remote work is a growing practice in many parts of the world. Knowledge workers are demanding more flexibility to conduct their work from the location that best suits their needs.

But are the advantages advertised by remote work fair and equitable to all? And can companies tap into the worker pools they seek to attract simply by adopting a remote working policy?

Turns out, a dated infrastructure may be preventing some workers from conducting their work efficiently — and others from participating in the remote work economy altogether.

For many of us, having access to high-speed internet may seem like a basic necessity, but Cisco research has shown that many employees remain without reliable internet coverage. The survey of 60,000 employees in 30 countries found that 75% of workers believe broadband services need to be improved to better support hybrid work.

Several countries are working to direct investments to support better infrastructure. Recently, the American government launched a $65 billion Internet for All initiative with the goal to ensure that “every American will have access to technologies that allow them to attend class, start a small business, visit with their doctor and participate in the modern economy.”

This, of course, includes more than broadband access. It covers a range of issues that prevent certain areas of the population from having the ability to join the remote or hybrid workplace.

The US isn't the only country addressing the divide. Access to high-speed internet has often featured in UK elections as well. The ruling Conservative party has made it an election pledge in the past four elections — and their opposition had also made part of their election pledge to offer free access for all UK households in the 2019 election.

The ability to tap into a broader talent pool by expanding recruiting beyond geographical borders is often advanced as a great benefit of remote work. Another advantage of remote work is to enable employees to take their laptop and work from any place in the world that allows them to do their best work. Digital nomads, as these workers are called, are on the rise, with more countries issuing digital nomad visas that allow remote workers to stay for longer periods than on a tourist visa.

But neither of those benefits can be realized without the right internet infrastructure.

"Inadequate access to the internet, in my opinion, is one of the primary obstacles to working remotely," said Travis Lindemoen, managing director of Overland Park, Kan.-based nexus IT Group. "When visiting a new country or city, digital nomads are more likely to run into this problem than remote professionals who work from co-working spaces or a nearby coffee shop."

In turn, this is having an impact on efficiency. Whether at home or in another country, employees can waste 30 minutes of productivity daily due to poor internet speeds, according to a Zen Internet report. In a year, that amounts to 130 hours — a significant drain on company resources.

Another problem that might be causing the poor performance of internet speeds is saturation. People need better internet infrastructure to have the equal opportunities to participate in today's digital economy. As more people work remotely, this overloads the infrastructure.

The pandemic has seen more people work from home than ever before, and many households now simultaneously have several people using the same internet connection, from working parents to college students attending online classes, to younger children streaming shows or playing online games. This modern-day usage puts a massive strain on the available bandwidth.

Adding to that is the overwhelming number of virtual meetings and the common need to use multiple cloud-based collaboration apps. It's no surprise that several employees, even in areas where the infrastructure hadn't been flagged, suffer productivity issues at one time or another.

"If you are on a lower-tier plan, it is likely that your internet connection will be slowed down to accommodate other ISP customers who are also attempting to access the internet," said Kavin Patel, co-founder and CEO of Chandler, Ariz.-based Convrrt.

Unfortunately, the only solution, Patel said, is to upgrade to a more expensive plan tier, which for many isn't possible. This is why many governments worldwide are attempting to upgrade their infrastructure to offer better and more affordable internet to all.

Infrastructure Is a Global Issue

Remote work has been limited in countries where there is limited to no capacity for the speed required to host regular video chats or do work from home without disruption. But the problem isn't specific to economically developing nations. In 2020, 15% of American households had no access to the internet, and in some low income areas, that number rose to 30% of households.

Without an internet connection at home, these individuals do not have the chance to find work opportunities at companies that offer remote work. Bridging the gap is critical to a country's GDP and to supporting healthy economic activity around the country and the world.