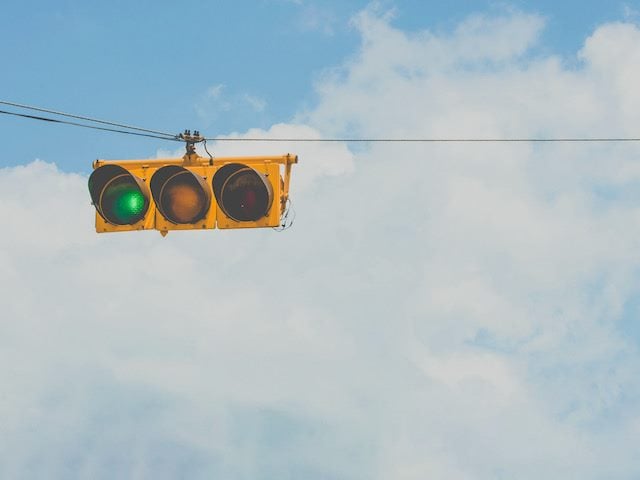 Questions about uptime have shadowed cloud computing since it first became an enterprise technology. How can vendors ensure that, even in the worst-case scenario, enterprise tech stays online? With hybrid work models likely to persist for the immediate future, the question has never been more important.

The recent publication of Microsoft’s Work Trend Index tacitly acknowledged this concern. In a blog post that followed soon after, Microsoft outlined its plans to improve the reliability of Microsoft 365 and, in particular, the communication app Teams.

Microsoft Teams group principal program manager Mark Longton called it the most important issue Teams has to address to ensure it is as failure-free as possible. To do that, the company has drawn up a multi-tiered approach it is working into the design of Teams to make it is as streamlined and effective as it believes possible in the current work situation.

Longton starts with the assumption that failures are inevitable. They may occur anywhere in the service or user experience during normal operations, including sub-components like virtual machines or API faults. Microsoft has and continues to build detection elements into the system to enable automatic detection and mitigations as well as elements that will enable the system to self-heal and recover with little to no impact on users.

The multi-tiered approach laid out in Longton's post was developed with this in mind. It includes:

Microsoft has already made considerable investments in these different areas of cloud computing with Teams at the center of Microsoft 365, according to Longton, and will continue into the future. With so many workers working form home the entire reputation of the company — or any other company offering cloud services — will stand or fall on this.

"We need our users to trust that our services are there for them and that they will always be available," he wrote. “This is a wide area for investment by Microsoft, and we will continue to push the boundaries for what is possible.”

While outages for these kinds of systems are rare enough, when they do happen they create considerable annoyance. After all, an organization that cannot connect with its employees is not really an organization.

Amazon Web Services (AWS) has had its fair share of cloud outages, with 27 in the past year alone. On April 10, 2021, WhatsApp and Instagram were out for six hours. Google Cloud went down in November 2021, while in April 2021 Teams was down worldwide for two hours.

The bottom line is that every cloud product is vulnerable to these kinds of outages, with significant impact on company reputation. While other vendors are sure to be working as hard on their resiliency, this is the first time Microsoft has actually outlined what it is doing to improve it.

Microsoft Finds a Use for Data Center Heat – in Finland

In other news from Microsoft this week, the Redmond, Wash.-based company announced the opening of a new data center. That in itself is no big news, except in this case the company will be using the heat generated by the center to provide heating for homes and businesses in Finland.

In what it touted as the world's largest "waste-heat recycling concept," Microsoft is collaborating with Finnish power company Fortum, whose existing heating infrastructure includes 900 kilometers (550 miles) of underground pipes that transfer heat to a quarter of a million homes in the greater Helsinki region.

According to a statement issued by Fortum, "the location for the data center region was chosen specifically with waste heat recycling in mind," adding that the scheme will cut annual CO2 emissions by 400,000 tons. Heat from the center will account for about 40% of district heating in the Espoo, Kauniainen and Kirkkonummi regions of the capital, Fortum stated.

It's an interesting development and points the way to how data centers could become more environmentally friendly. The heat generated and energy consumed by these data centers is a major problem for those that develop them, and as public pressure grows for more environmentally friendly technologies, managing these issues will become a major consideration for all cloud companies.

Earlier this week at the Enterprise Connect conference in Orlando, Fla. BlueJeans by Verizon announced new capabilities for BlueJeans Mobile for Android and iOS, as well as new as-a-service packaging options for BlueJeans Rooms. The driving idea behind the updates, according to the company, is to support the workflow consistency and inclusivity of teams, whether in a central office, working from a home office or out in the field.

One of the most interesting of these features is zero-touch conference room access. This means that, working on legacy standards-based endpoints and the new Android-based experience for BlueJeans Rooms, meeting participants will be able to use their mobile device to start and control meetings running on their conference room systems. Using a new pairing code on the in-room monitor and a new "pair with room" button in the mobile app, the mobile user can join a meeting through the app and then control the experience with audio/video controls.

Once paired, the meeting room calendar will also be synced to the mobile user’s calendar. Enhancements such as chat and raise hand will aid participation, while mobile users might appreciate "meeting shift," where a mobile user auto pairs with a conference room meeting and moves the meeting to the room using the same pair-with-room workflow.

BlueJeans also introduced Mobile Collaboration with Collab Board, which again aims to offer meeting equity for remote attendees on iOS and Android. Mobile collaboration allows people to access BlueJeans' Collaboration Board on their mobile device, supporting up to 25 simultaneous users.

The company cited research from Frost & Sullivan when making the announcement that noted only 6.4% of the more than 110 million meeting rooms and classrooms globally are video enabled.

With more hybrid workers heading into the office than at any point in the past two years, the demand for improved on-site video experiences is growing rapidly and will continue to do so for the near future. BlueJeans is aiming to meet this demand by offering:

While the meetings category has no lack of vendors, most focus on meetings taking place on desktops or laptops. By focusing on mobile productivity and meetings, BlueJeans is freeing workers from being desk-bound and acknowledging the demand for flexibility that has become common over the last two years.

Citing research from Research and Markets, the company noted that the unified communications (UC) market is expected to reach $344 billion by 2028 driven by digital transformation, a hybrid workforce environment and a surge in enterprise cloud adoption and migration.

The push to hybrid working has also been driven by enterprises looking for flexible and agile management tools that can be delivered in the cloud. KaaS offers data encryption and cloud-based systems maintenance with security software, removing the need for manual integration or security. KaaS will complement the existing Kurmi UC Provisioning suite, giving customers a similar experience, but with the flexibility offered by a SaaS model.

In funding news, Dallas-based Island, creator of the Enterprise Browser, announced a $115 million Series B funding round, raising its valuation to $1.3 billion. The round was led by New York City-based global venture capital and private equity firm Insight Partners, and brings Island’s total funds raised to over $200 million.

The new round follows the company's Feb. 1 emergence from stealth mode, when it introduced the Enterprise Browser. The Island Enterprise Browser builds the core needs of the enterprise into the browser itself, offering organizations complete visibility and last-mile control, as well as improvements in security, IT and productivity.

The company claims Enterprise Browser is the desktop of the future. While that's debatable, the offering does allow organizations to protect users and data at the point where they interact with SaaS and internal web applications. By using the Island Enterprise Browser, security teams can more fully control the last mile, from basic exfiltration protections such as copy, paste, download, upload and screenshot capture, to more advanced security demands such as smart network routing and multi-factor authentication insertion.

Island's product offering has clear implications and uses in the hybrid workplace, particularly as security has become one of the major concerns for enterprises trying to manage remote and on-site teams.

Theta Lake's products allow organizations to manage complex security and compliance issues across the video, voice, chat and document platforms that have overtaken the digital workplace in recent years. Its platform is industry agnostic, and the company claims it has customers across verticals including financial services, the public sector, healthcare and technology.

Interest has surged due to security concerns resulting from the last two years of working from home and the concurrent uptick in adoption of new collaboration platforms. In the funding announcement, the company cited Gartner research which indicated that 45% of regulated enterprise customers will conduct supervision of audio/video content to meet compliance requirements by 2025, up from less than 10% in 2021. By 2025, 35% of enterprise customers will archive workstream collaboration and meeting solutions for nonregulated requirements, an increase of more than sevenfold from 2021.

Theta Lake co-founder and CEO Devon Redmond said in the release the latest round of funding, "will drive our ability to innovate and deliver value to our customers at even more global scale."