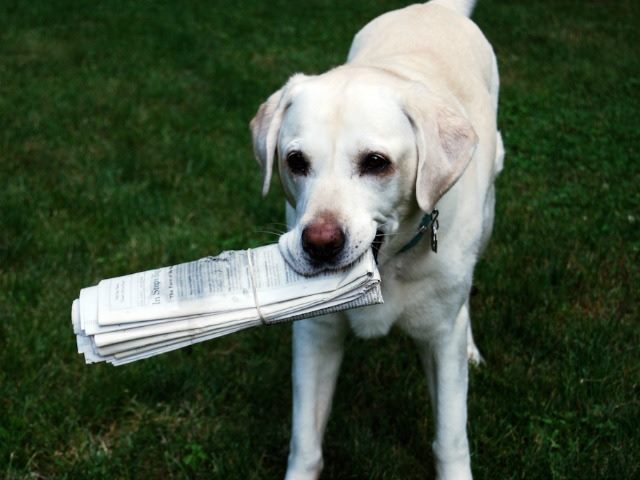 It may be that, after all these years, Yammer has finally found purpose. This week, after announcing that it was carrying out a major revamp of the app at Ignite last year, Microsoft has released it into preview. Since  Redmond, Wash.-based Microsoft bought it 2012, it has always been a bit a mystery how Yammer fits into the Microsoft environment and what it should do. When Microsoft introduced Teams in March 2017, creating another communication tool at the heart of Office 365 running in tandem with Yammer, it really put a question mark over the role and purpose of the app.

To recap, Yammer is a social networking service designed with enterprise communication in mind. Yammer was created by a company called Geni with the sole purpose of helping employees connect and communicate across their organization. It was hugely successful and was ultimately acquired by Microsoft in 2012. Microsoft rolled the new product into their Office 365 suite in 2014.

At Ignite last year, Microsoft stressed that Yammer should be used as a chat application to be used for company-wide communications while Teams is for smaller group, or team communications.

The upgrade preview underlies that role too. In a blog about it, Murali Sitaram, general manager for Yammer and Microsoft 365 Groups, explained that Yammer connects people across departments and across the organization, enabling them to build communities, share knowledge and engage employees across Microsoft 365. New additions include the ability to:

With the current interest in video conferencing, Yammer now enables users to watch past, current, and upcoming live events on the Events page in each community, produce live events using webcam and screen sharing and — and this will be a deal clincher — host live events in the All Company community.

Microsoft expects that the new Yammer will reach the "general availability" commercial-release stage worldwide sometime in July. There is a lot more to this so check it out.

Its official. The video-conferencing market is now red hot! Over the past weeks we have been looking at the emergence of video conferencing as a key element in the digital workplace as millions of workers were sent home to work in response to the coronavirus crisis. Zoom and its privacy concerns dominated the headlines, but other players started raising their game with both Google and Facebook announcing that were enhancing existing products to gain wider traction in the enterprise. This week both companies announced the general release of their respective upgraded video offerings meaning that now Zoom is no longer the only platform that can cater for both personal, department and enterprise needs.

Now that the rollout announced two weeks ago is complete, anyone with an email address can sign up and get started at meet.google.com, for free. It is also fast-tracking some of the most requested features for Meet and are now making them available too. Those features include access to Meet’s simple scheduling and screen sharing, real-time captions, and layouts that adapt to personal preferences, including an expanded tiled view. It is also providing AI-powered automatic live captioning to increase accessibility for people that have hearing problems.

Meanwhile, Facebook’s response to Zoom was the announcement that a major upgrade to Messenger Rooms was on the way. That upgrade is now available. Its Messenger’s video calling function allows 50 people to chat on video with no time limit through either the main Facebook app or through the dedicated Messenger one.

Facebook also says that it will be adding more to this offering in the coming months, but already the fact that it too gives users access to 50-people meetings should give Zoom something to think about, especially given that so many people already have Facebook access on both their smart phone and desktop

Meanwhile, Redwood Shores, Calif.-based Oracle recently announced the release of a new set of cloud-based analytics for human capital management across the digital workplace. With Oracle Analytics for Cloud HCM human resources executives, analysts and line-of-business managers can dig deeper into data across the organization to understand what is happening with their workforces. New self-service analytics capabilities provide insights across a variety of areas including workforce composition, manager performance, span of control, diversity, turnover/retention, comparison ratio analysis, and top talent analysis.

There is a lot of new functionality here but one of the principle ones for enterprise leaders will be the new cross-functional data model that provides capabilities to accelerate the analysis of large volumes of human resources operational data across business functions. It also comes with a KPI and dashboard library that delivers a rich set of more than 50 HR KPIs, as well as dashboards and reports for key metrics including workforce composition, turnover and retention, and team effectiveness to help HR teams gain faster insights.

It’s a good time to be launching a new app for uncovering human resources trends in the workplace, especially with so many people working from home. In the current environment, many employees are working remotely for the first time and are now doing it full-time. In tandem, managers are having to direct remote employees and teams, and many of them have never managed remote workers.

To find out what is happening in the workforce analytics is key, given the diversity of contracts, conditions, and work practices. The latest offering in the Oracle Analytics for Fusion Apps suite, Oracle Analytics for Fusion HCM offers the same breadth of analytics capabilities added to Oracle ERP Cloud in September 2019. Oracle plans to continue enhancing the full suite of Oracle Cloud Applications with advanced analytics capabilities.

This is particularly true now that, as Garter points out, remote workers are highly productive, the turnover risk is much higher.

Elsewhere, Irvine-Calif.-based Ephesoft, which develops content acquisition and data enrichment solutions, has announced the availability of Semantik Invoice, a cloud-based data acquisition product with 97% accuracy. This out-of-the-box artificial intelligence model has been shown to reduce costs by 30% and significantly cut the time to process an invoice, the company claims.

While most capture solutions require significant professional services work or customizations to set up, Semantik Invoice is a low-code, no-code solution that can be deployed and used in a production setting in minutes, according to Ephesoft.

Finally, this week, Ireland-based Workvivo, an employee communications platform founded three years ago, has today announced that it has raised $16 million in Series A funding. Tiger Global, who have invested in companies such as LinkedIn, Airbnb, Stripe, Uber and Square led the round, with participation from Frontline Ventures and continued support from Enterprise Ireland. The Series A round follows on from a seed round late last year, bringing total funding to just over $17.5 million.

Workvivo is a software technology company founded in Cork, Ireland that provides companies with an internal communications platform designed to engage and connect with employees. The technology directly addresses the challenges being faced today as more companies turn to remote working and enables the company to address the $54 billion digital workplace market opportunity.