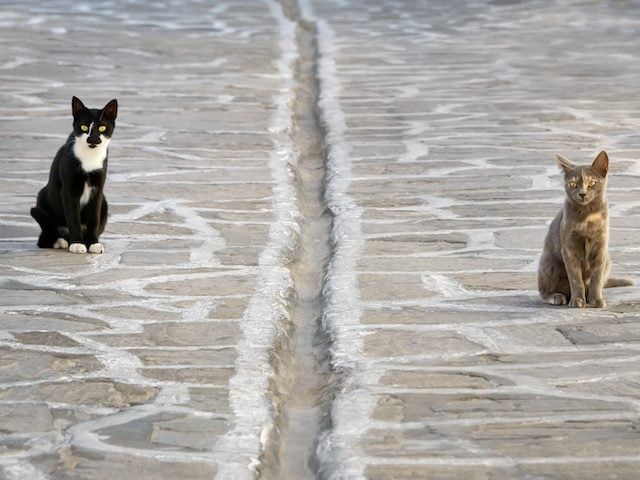 When it comes to the future of work, one of the big debates is whether remote work will become the norm or blow over as a pandemic era trend.

Three years into the remote work experiment has shown the model can be successful, but some big tech companies are refusing to embrace it as a the way forward. Companies like Amazon, Pinterest, Intel and PayPal have all been clear that they do not intend to continue offering workers remote or hybrid work possibilities — even if, they admit, it can cost them vital talent as a result.

Perhaps top of mind these days when it comes to bold statements against remote work is Elon Musk, who immediately upon taking ownership of Twitter canceled the company's remote work policy and ordered all employees back to the office. But as is often the case with his Twitter-related business decisions, this week saw an about face, as the company shuttered its Seattle offices and ordered employees to work remotely in an effort to cut costs.

Companies, of course, can implement any policy they see fit for their culture, but at what cost? Report after research report shows doing so goes against the latest demands from employees. According to one survey by Flexjobs, 97% of workers want a fully remote job, with 84% saying it will make them happier and more productive workers.

In a continuously tight labor market — and one experts expect will remain challenging for years to come — many companies are taking these findings seriously, allowing remote work as a permanent change within their organizations. So, why is there such a divide among big tech, which is often held up as leading the way in reinventing the workplace?

While remote work appears to be on an uptrend, as confirmed in the National Bureau of Economic Research paper "Why Working From Home Will Stick," it's also not always rainbows and butterflies. For some industries, traditional in-office work processes and tools must be redrawn to accommodate the new way of working.

This means some roles must shift; others may disappear altogether. The skills required to complete one task on location may look different when the task is performed remotely. Management, particularly middle management, is one such role that is showing to be very different in a remote environment.

"It can be more difficult to manage and coordinate a large team of employees when they are not all working in the same physical location,” said Jacqueline Samira, CEO and founder of Howdy.com.

Some managers may find it more challenging to keep employees on the same page or working toward the same goals. In creative spaces, poorly coordinated teams and projects can quickly turn costly, and in big tech that price tag can be quite steep. But these issues aren't indicative of a failure of remote work. Rather, remote work has brought to light many issues that existed in the workplace long before the pandemic hit. In this case, the problem of poor management.

Trotting Out the Old 'Culture' Concern

Another talking point inevitably marched out as a con of remote work concerns culture. Some large organizations have voiced their concerns about the impact remote work might have on corporate culture.

According to Samira, geographically distributed teams can not only have a significant impact on a company’s culture, it can also harm their collaboration and innovation abilities if the right support networks aren’t developed.

“Large teams may need to adapt their culture and processes to facilitate collaboration from afar, which could take significantly more effort than just an email system upgrade," said Michael Chepurnyak, founder and CEO of Ein-des-ein.

To avoid the pitfalls, Samira says leaders must take the lead, pull the strings and bring teams together because when a team starts to lose its cohesion, it can lead to lack of morale and productivity. While some established employees might be able to cope through the difficult times, new employees often struggle in these environments.

The Costs vs. Savings Debate

While cutting the overhead costs associated with a physical location may sound financially savvy, moving operations to a remote environment also comes with its own set of expenses.

Chepurnyak said the tax and legal implications of remote work can be a serious argument against remote work. Contrary to what some may believe, companies don't need to have employees located in other countries to experience those complications; simply conducting work across state lines in the U.S. involves a lot of variances that can be costly if ignored.

More so, employees who choose to move their primary domicile without informing their employer can present a compliance and tax risk. In large organizations, it is sometimes easier to ban remote work altogether than face such consequential surprises. In smaller organizations, the decision can be driven by a lack of tools or know-how to handle the additional rules, requirements and tax implications that come with making remote working a success.

Then, there are certain physical resources such as printers, phone lines and conference rooms that employers might now have to provide. To accommodate those needs, companies often turn to third-party vendors, which represents an additional cost — and an additional potential risk.

Many brands are struggling financially due to the economic downturn, and many are trying to cut down on expenses. Adding these to their financial requirements could be taxing and explain the resolution to prohibit remote work. But as we see from the example of the Seattle Twitter office above, the math is dependent on each organization's specific circumstances. When adding in questions such as the loss of talent by limiting recruitment efforts to specific cities, the math becomes more complicated still.

Related Article: The Jury Is Out on the Future of Work

The voices speaking against remote work and calling employees back to the office get more attention than the others, but it may be because of their sheer volume. Many technology companies have adopted remote work and continue to support the move for greater flexibility. Airbnb, Dropbox and Uber, for instance, are all-in on the remote possibilities.

Andrei Visan, marketing director at Lanteria, says there are many companies in the tech industry that understand the benefits of remote work and have chosen to provide the flexibility to their employees. "Companies such as Basecamp, Buffer and Github are known for actively hiring remote workforce,” he said.

Buffer has one of the most geographically distributed workforces in the world, with more than 80 employees spread over 50 different cities on five continents. Basecamp has its headquarters in Chicago but has 50 employees in 32 cities worldwide. And one-in-five employees at Github are based internationally.

These are highly successful companies, showcasing not only how remote work can help brands move into the future but how flexibility can be achieved in the big tech space, too.