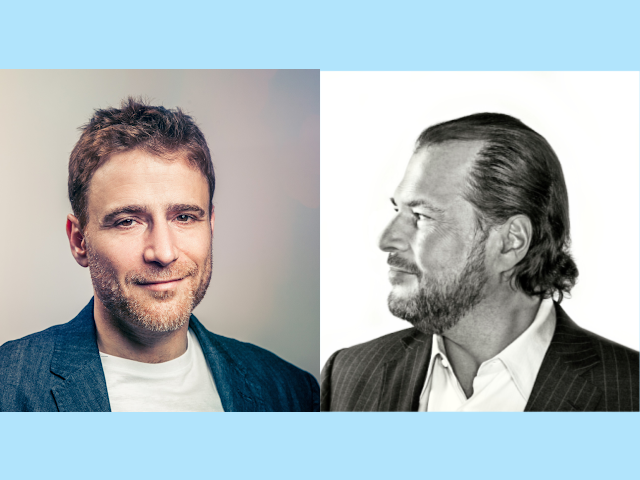 Salesforce announced a $27.7 billion deal to buy collaboration platform Slack on Dec. 1, giving the business software giant a broader array of tools as the pandemic continues to fuel the remote work trend.

The San Francisco-based cloud and customer relationship management giant will mesh Slack messaging technology with its platform for managing marketing and sales teams.

While the advantages of the deal are clear for Salesforce, it comes with some doubts, as well as benefits for other enterprise software players, particularly Microsoft.

What the Executives Are Saying

In a statement announcing the deal, Marc Benioff, Salesforce chair and CEO, described the acquisition as “a match made in heaven” that will “shape the future of enterprise software and transform the way everyone works in the all-digital, work-from-anywhere world.”

For his part, Stewart Butterfield, the co-founder and chief executive of San Francisco-based Slack, said of the deal: "As software plays a more and more critical role in the performance of every organization, we share a vision of reduced complexity, increased power and flexibility, and ultimately a greater degree of alignment and organizational agility."

In the aftermath, Salesforce will pull Slack together with Salesforce Customer 360, making Slack the interface for the company's tool that allows companies to connect Salesforce apps and build a single view of the customer. More to the point, according to Benioff, Slack will be deeply integrated across the entire Salesforce portfolio and into every Salesforce Cloud.

What Slack Brings to Salesforce: An Ecosystem of Apps

This is clearly a huge gain for Salesforce and will enable the company to expand its presence in the enterprise, not just among Salesforce customers but with any company undergoing digital transformation. Upon close of the transaction, Slack will become an operating unit of Salesforce and will continue to be led by Butterfield.

From a technology point of view, Slack’s platform already integrates with more than 2,400 apps that people use to collaborate, communicate and get work done. Salesforce for its part has arguably the largest enterprise app ecosystem. Combined, they should be able to create a company that will provide enterprises with the easiest way to build and deliver apps to connect with customers in new ways. In fact, the result is likely to be the most extensive open ecosystem of apps and workflows for business that will empower millions of developers to build the next generation of apps with clicks not code.

What the Deal Is Really About: Competing With Microsoft

However, there seems little doubt that this deal is not simply about technology but about Microsoft and the growing dominance of its cloud-based productivity tools in the enterprise. Specifically, Teams and its place at the heart of the Microsoft ecosystem through the Microsoft 365 suite.

“Salesforce acquiring Slack is a bold move in their on-going competition with Microsoft and specifically Microsoft Teams, their platform bet for integrated workforce collaboration and productivity," said Dustin Grosse, chief marketing and strategy officer at Bellevue, Wash.-based workflow automation specialist Nintex. “Slack extends Salesforce capabilities beyond their leading customer relationship management platform into modern collaboration capabilities that will appeal to sellers, marketers, developers and other departments across many organizations.”

This is particularly true given that remote working has become increasingly important due to COVID-19 and additional choices in real-time communication solutions will accelerate how organizations collaborate to solve customer challenges.

“It will be interesting to see how Salesforce key competitors like Microsoft, Oracle and SAP respond to this acquisition,” he added. “I suspect that low-code digital process automation solutions to drive stronger interoperation between key systems of records like CRM, ERP, HRM and unified collaboration platforms – like Slack and Teams – will be the next focus area to further improve work.”

What It Means for Productivity

Competition between Microsoft and Salesforce is not just a recent thing. There must have been some consternation at the board level in Salesforce as Microsoft made deeper and deeper inroads into the enterprise as the pandemic continued. Salesforce has been struggling in this space for quite some time, so much so that it bought productivity minnow Quip in 2016 of $750 million to try and offset the growing influence of Office 365.

Quip was designed for teams, combining communication and content to enable collaboration within documents or spreadsheets, on phones, tablets, wearables and the desktop. Compared with the Slack deal, though, it was not even in the ballpark.

So Salesforce went looking again and had deep enough pockets to think big and buy a platform it could not develop itself. Slack was a perfect fit. In buying one of the leaders in collaboration and communication, Salesforce immediately gets a seat at the top table in the productivity space even if that means it now has to think like Microsoft and try and convince existing Microsoft customers that a move to Slack/Salesforce is a good one.

Gregg Johnson, a former Salesforce executive who left the company in 2016 to become CEO of Invoca, a Santa Barbara, Calif.-based conversational intelligence startup, said the acquisition could be a game changer for Salesforce.

"It gives them the opportunity to turn [the company] into a digital network where businesses can interact, like they have tried in the past with prior M&A interest in both Twitter and LinkedIn," he said. It's an opportunity Johnson knows well. From 2009 to 2013, he worked on Chatter, Salesforce's social collaboration tool to build an enterprise social network.

“Beyond that, Salesforce has ambitious plans to grow beyond sales, service and marketing teams," he said. "The acquisitions of Mulesoft and Tableau were a first step in unifying back office and front office data, but both of those tools are used by a relatively small set of power users. Acquiring Slack would represent an important second step in this direction by extending Salesforce's reach to all employees across the organization."

What Is the Message to the Market

The acquisition of Slack sends a message that Salesforce wants to continue to be a consolidation point for employees.

Mike Hicks, chief marketing officer at San Francisco-based digital workplace solution provider Beezy, said we can expect to see Salesforce create a strong integration and workflow experience with Slack on top, pushing new innovation between the vast pool of partners with apps and tools meant to enhance the core capabilities of Slack and Salesforce.

However, he warned that in the long run this acquisition could ultimately work in favor of Microsoft, particularly Microsoft Dynamics 365, Microsoft’s CRM and ERP products. The capabilities of Dynamics are catching up to Salesforce functionality, and come with better integration with Microsoft Teams and the rest of the Office 365 portfolio. “Anyone who was on the fence about Dynamics previously, might just see this as the push they need,” Hicks said.

As for other players in the collaboration space, it means some big decisions to make in what will now become a split market. Providers of collaboration software will need to evaluate their own strengths and make decisions on where to invest their engineering and market development resources.

Why Some Are Skeptical

There is some doubt that Salesforce will be able to make the most of the deal. From an industry perspective, the acquisition is an example of a giant not having the ability to build a product themselves, so they buy the technology instead, said Bobby Beckmann, general manager of meeting solutions at Austin-based video conferencing provider Lifesize.

“Historically, we have seen players buy the software they cannot create themselves to enter the communications space – just like Facebook, which hasn't yet found a way to monetize Whatsapp," he said. "It’s hard to move into spaces that you’re not good at – similarly to how Slack tried to build its own video tool, but it never took off.”

The deal is a platform acquisition and nothing else, said David Holme, executive chairman at UK-based Exigent. Salesforce is coming from far behind in the productivity space, and to succeed they will need to become genuine platform players. “Regardless of their merits or otherwise, that is an epic endeavor and most likely this will fail,” he said.

Holme compared the combined company to the work of an English cartoonist best known for his drawings of overly elaborate machines designed to do simple tasks. "Salesforce is a Heath Robinson machine with no meaningful integrated strategy," he said. "Microsoft is likely chuckling at the absurd prices being paid and targets will be donning their party dresses.”