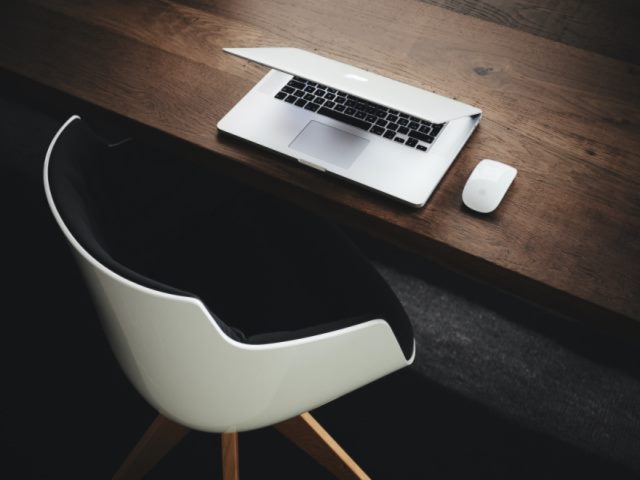 Microsoft made a big fuss about its digital workplace collaboration and communications offerings during the recent annual Ignite event. Competitor Slack isn't sitting still and set out its own collaboration stall at its Frontiers event that has been taking place virtually over the past few days.

Like Microsoft, Slack has made several announcements that enterprises using its platform will be happy about. However, individual announcements are not enough. In the digital workplace, one of the key requests of workers and enterprises alike is for the creation of a single place where all work can be done.

Many workers have been forced to home offices because of the pandemic but companies still expect the same level of performance as when they were working on-site. The vendors that can provide the tools to help will come out on top in one of the toughest markets in technology. More to the point, the vendors that can help enterprises successfully transform their workplace to a digital workplace guarantee their future.

If you work in a Microsoft environment, Teams has become that unified digital workplace as it ties all the pieces of Microsoft 365 together as well as some third-party apps that are designed to enable workers to achieve goals and finish tasks without ever having to leave Teams.

Slack, however, is not built into that kind of environment so it has been obliged to create an app store of integrations. To date, there are around 1,500 different apps that can be pulled into Slack for just about any kind of work imaginable. At Frontiers, observers expected the company to unveil a number of additional apps and functionalities.

According to J.P. Morgan, 79% of CIOs agreed that the pandemic will force their organizations to digitally transform faster than planned. Slack opened this year’s conference by pointing out that Slack, because of its reach and integration with third-party apps, can pull the entire digital workplace together. Here are highlights:

One major announcement is the introduction of direct messaging across the platform. According to Slack, customers have been asking to be able to connect between organizations with direct messages since Slack made it possible for companies to come together in channels.

Slack Connect Direct Messages enables users to share a private invite link with a trusted partner, customer or vendor. As a result, users will be able to send direct messages from their own Slack organization to an outside organization.

This is particularly useful if a project is too small to create a full channel just to interact, or if, in an early stage of a collaboration no channel has been enabled but some users need to start coordinating with one or two team members from that vendor. Slack plans to release this feature in early 2021.

One of the most interesting releases is the ability to create Instagram-like stories and the addition of push-to-talk audio calls into its communications software. These are both a direct result of the move to remote working during the pandemic. The aim is to cut down on constant video calls or inefficient text conversations and bring back impromptu office interactions. Slack sees the video snippets as a way for remote workers to check in and provide status updates, for example, or to set the daily agenda for a team. There will be more to come on these features so watch for further updates.

IBM Spins Off Infrastructure Services to Focus on Hybrid Cloud

IBM announced a major change in direction that CEO Arvind Krishna, who was appointed in April, acknowledged is a "significant shift" in the way Big Blue does business.

In an investors’ call on Oct. 8, Krishna said the Armonk, New York-based company would spin off the managed infrastructure services unit of its global technology services division into a new public company.

The idea, according to Krishna, is to free the company from some of its less lucrative lines of business in order to pursue its ambitions in hybrid cloud computing. The separation of the two is expected to be finished by the end of 2021.

IBM has been going through a major transformation in recent years and started looking at the hybrid cloud market with the acquisition of Red Hat in 2018.

Over the past few years, IBM had the appearance of a company that had lost its focus. Why that happened is not entirely clear, but a company as large as this one covering so many different areas of computing would have been difficult, if not impossible, to keep on course.

Breaking it into two companies with one focused on the rapidly growing hybrid cloud market that's worth by IBM’s estimates $1 trillion, and an infrastructure business that will be one of the biggest in the world gives a clear focus to both.

The new company, simply called NewCo for the moment, from the outset will consist of IBM Global Technology Services and all its managed infrastructure clients. This means 4,600 technology-intensive, highly regulated clients in 115 countries, including more than 75% of the Fortune 100, a backlog of $60 billion, and more than twice the scale of its nearest competitor.

The new IBM will then focus on its open hybrid cloud platform and AI capabilities. With tighter integration and focus on its open hybrid cloud and AI solutions, it will move from a company with more than half of its revenues in services to one with a majority in high-value cloud software and solutions. IBM will also have more than 50% of its portfolio in recurring revenues.

The proposed separation is expected to happen through a pro-rata spin-off to IBM shareholders and is subject to customary closing conditions. IBM, which currently has more than 352,000 workers, said it expects to record nearly $5 billion in expenses related to the separation and operational changes.

Cited in Reuters financial news wire, Wedbush Securities analyst Moshe Katri said of the deal: “IBM is essentially getting rid of a shrinking, low-margin operation given the cannibalizing impact of automation and cloud, masking stronger growth for the rest of the operation."

Google has been quietly working on its G Suite line-up and has decided to rebrand again. When it launched in 2006, it was Google Apps for Your Domain, then Google Apps for Work, then G Suite. Now it is going to be Google Workspace and will include several new additions and upgrades.

In a blog post about the changes, Javier Soltero, vice president and general manager of Google Workspace, said that for more than a decade the company has been building products to help people transform the way they work. Now, work itself is transforming in unprecedented ways. Work is no longer a physical place to go and interactions that used to take place in person are being rapidly digitized.

Google Workspace is the response to that. It comes with the tools workers need to get work done, now in one place. Google Workspace includes all the productivity apps, including Gmail, Calendar, Drive, Docs, Sheets, Slides, Meet and many more.

The changes can be summed up in three main themes:

"Our new Google Workspace brand reflects this more connected, helpful, and flexible experience, and our icons will reflect the same," according to the blog post.

The rebranding is another step toward a new unified place to work, just as Slack and Microsoft have been doing. In July, Google made some serious moves in that direction.

At that time, Google revamped what you could do in Gmail and told the world that G Suite brings together the people, content and tasks needed to make the most of your time. “We’re integrating core tools like video, chat, email, files, and tasks, and making them better together, so that you can more easily stay on top of things, from anywhere,” the company said. That only meant one thing really – pulling everything together and giving its users a place to work – just like Microsoft and just like Slack.

As part of this announcement, Google Meet video chat is also coming to the individual Google document apps like Docs, Sheets and Slides. For the moment there is only text chat inside a document, but soon users will be able to press a video chat button to collaborate.

Oracle and Google Square Off in the Supreme Court

Finally, this week, just a quick mention of the 10-year-old battle between Redwood Shores, Calif- based Oracle and Redwood City, Calif.-based Google that has finally arrived in the Supreme Court in Washington D.C. Over the course of the hearing the judges heard arguments from both companies about 11,500 lines of code that Oracle acquired when it bought Sun in 2010.

After buying Sun, Oracle launched legal action against Google’s ongoing use of these lines of code in its Android system claiming that the code, after the acquisition, belonged to Oracle. Google disagrees. It claims that the code it was using was only functional and that its own engineers had written the code that could be said to be creative and subject to copyright.

Oracle is looking for billions in compensation. It is unclear how the case will go, but it is being flagged as the software copyright case of the century. If Oracle wins, then any company making similar arguments to use this kind of code will also be liable by extension. If Google wins, then the question of whether any code can be copyrighted raises its head. More on this as it happens.