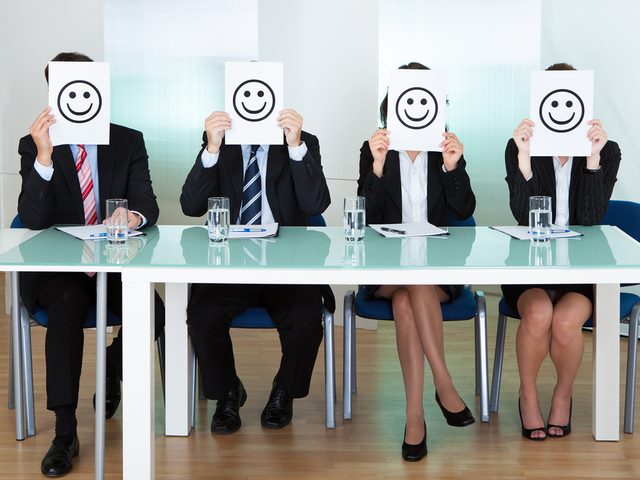 Ever ask your data scientists how they are feeling? You may want to. More than a quarter (27%) of data experts report feeling unfulfilled or very unfulfilled in their roles, according to a survey released last month by Sigma Computing. Low-value ad hoc reporting requests drain most data experts because they take up half of their time, researchers found. Those reports grow and “spiral into never-ending projects,” with more than half (53%) saying they get up to four follow-up questions for each fulfilled data request. Heck, some of their work never even gets finished.

And perhaps worst of all? Data scientists feel their work is under-appreciated by company leadership. 34% feel unable to convey the value of an analysis to an executive or key decision maker.

“It is a known fact that a greater portion of the time a data scientist spends is in cleansing and organizing data compared to algorithmic endeavors for insight harvesting,” said Senthil M. Kumar, vice president of global head of engineering at FogHorn. “Once insights are mined, getting the model deployed to production environments is another labor-intensive task. If these can be streamlined and the scientists have more time to focus on insightful computation, it will go a long way to making them happy.”

What Is a Data Scientist?

To help determine other ways to try to make data scientists happy, it’s helpful to understand who they are and what they do. According to research from SAS, data scientists have technical skills, curiosity and yearn to solve problems via data science. They’re mathematicians, computer scientists and straddle the business and IT worlds, meaning they’re pulled in quite a few directions.

They’ve evolved along with big data storage and processing technologies such as Hadoop. Typical roles include:

Some do contend that “data engineers” are the ones who prepare the “big data” infrastructure to be analyzed by data scientists. Data engineers, according to a post from Cognitive Class AI, are software engineers who integrate data and manage big data. They write complex queries and make them accessible.

Your organization may differ in the how you define your data experts. For this piece, we are sticking with data scientists in line with SAS’ definition.

Related Article: What Ever Happened to the Sexiest Job of the 21st Century?

So now the question is how to make these data scientist team members content amid their massive responsibilities. Scott Bailey, EVP of strategy and analytics at Aisle Rocket, said his company keeps data scientists happy by establishing a set of rules for how data is cleaned and organized by platform technicians prior to it ever being viewed by the analytic staff. “Our data scientists know what to expect and are confident in the quality of the raw material,” Bailey said.

Teams have also taken the routine reporting tasks related to database counts and campaign results and transferred them to desktop interactive tools accessed by the account teams and their clients. Updates are triggered whenever new data is received. “We put the onus on the account staff to clearly document the goals and expected deliverables within the analytic task tickets that are used to schedule the work,” Bailey said. “Data scientists are encouraged to engage directly with the account leads to clarify issues and share insights.”

Mandate offloading basic tasks such as data labeling and tagging, Kumar added. These, he said, can be done by members who do not have to be data scientists.

Michael Harrison, managing partner at Winterberry Group, said organizations need to clearly define projects with the goals and expectations and include your data scientists in developing the appropriate solution rather than making them "order takers."

Mohamed (Hassan) Kane, lead data scientist for Emtropy Labs, agreed with the "clear vision" angle, adding business leaders need to be transparent on which part of their decision making process they want to become data-driven. “This sounds simple,” he said, “but there can be a caricature scenario where data science teams are formed along the lines of, ‘We have gathered a lot of data on customer behaviors over the past few years of operations, and we'd like to make sense of it." But this is a vague mandate, Kane said, with too many open-ended problems and unclear goals. "This contributes to a majority of projects never making it in production," Kane said. "The process can be phased by identifying projects where quick wins can be made and further investing over time.”

Related Article: A Look at Emerging Job Roles and the People Behind Them

Create an atmosphere that challenges your data scientists. “Strong data scientists want to test and push their skills by tackling challenging projects,” Harrison said. “Often organizations shy away from these types of projects due to the resources required.”

And, of course, recognize your data scientists' strengths and weaknesses. Create teams on projects that consist of strengths in statistics, programming and strategy. “Do not assume you will find the three skills in one data scientist,” Harrison said.

Rather than isolating a data science team, create processes and structures for them, according to Kane. This allows them to deploy their expertise with the organization with also a path forward for promotion as they become familiar with the entire business unit over time. “Facilitate an environment that fosters innovation,” Kumar added. “Recognize and reward small and large accomplishments. Challenge the team to relevant complex real-world business problems and let them unleash their analytical potential to come up with real and artificially intelligent solutions.”

Few data scientists go into the field because they are great with people, and this often stifles their effectiveness and lessens their value, according to Joel K. Shapiro, clinical associate professor of data analytics at Northwestern University’s Kellogg School of Management. Organizations need to help data scientists develop their “soft-skills”: communication, negotiation and people-savviness, Shapiro added. “Without good soft skills, data scientists can do lots of high-quality work that lacks impact,” Shapiro added. “It’s really rare that an analysis by itself can lead to change. Too many data scientists think, ‘I built a great model, and it speaks for itself. Now my work is done.’ In reality, data scientists need to sell their analysis to the business leaders by building and nurturing relationships and effective communication strategies.”

Shapiro added that analytics communication isn’t just about good visualizations, but rather developing a cogent argument and explanation for why the analytic output provides legitimate business value.

Related Article: From the Lab to Real Life: Operationalizing AI and Data Analytics

Provide sufficient tools to enable data scientists to leverage the advancement in technologies, Kumar added. “With cloud being ubiquitous, teams can tap into additional GPUs (graphic processing units) and advanced processors to run deep algorithms or run massively parallel computing logic,” Kumar said. “Enable such on-demand computational resources, which will go a long way in being able to train effective models and experiment with different algorithms.”

These pipelines enable testing and deployment functions on machine learning models, according to Kumar. Facilitate the run of multiple algorithms, deployment of models onto test/production environments, integrate model development with rest of software release framework and monitor models for their performance and accuracies. “These are essential but mechanical aspects of a software development life cycle that tend to take more time than what it takes to author and identify appropriate machine learning algorithms,” Kumar said.

Finally, recognize that job satisfaction among data scientists is an ongoing issue, according to Kelly Davis-Felner, VP of marketing at Anaconda. Her company’s data indicates that one in three data scientists will pursue a new role in the next year.

“To address this,” she said, “enterprises should focus on supporting data scientists in their efforts to demonstrate the business impact of their work, and consider how their organizational structures foster a data scientist's professional development and visibility.” 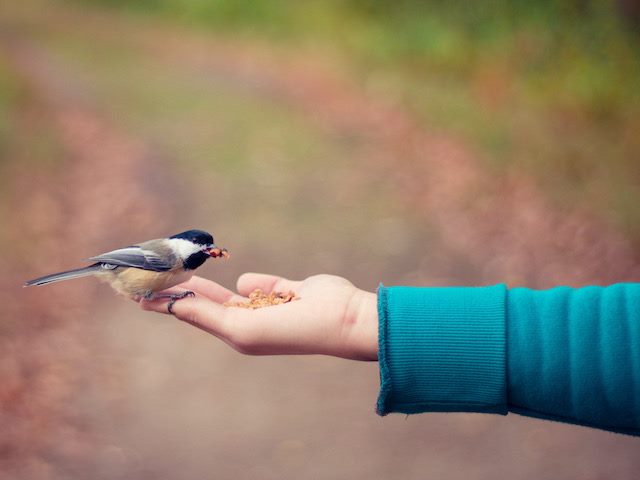 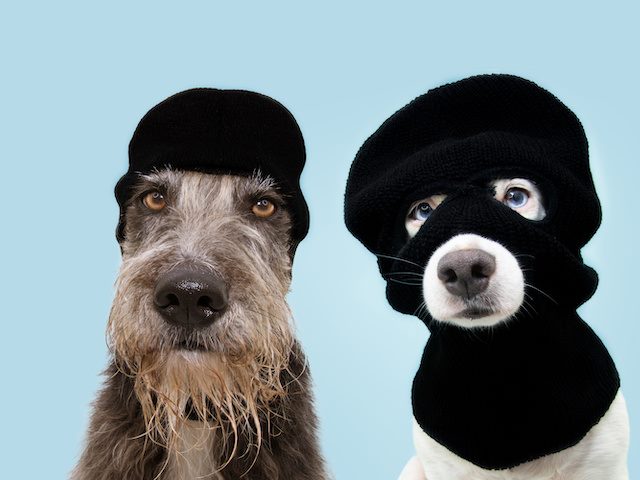 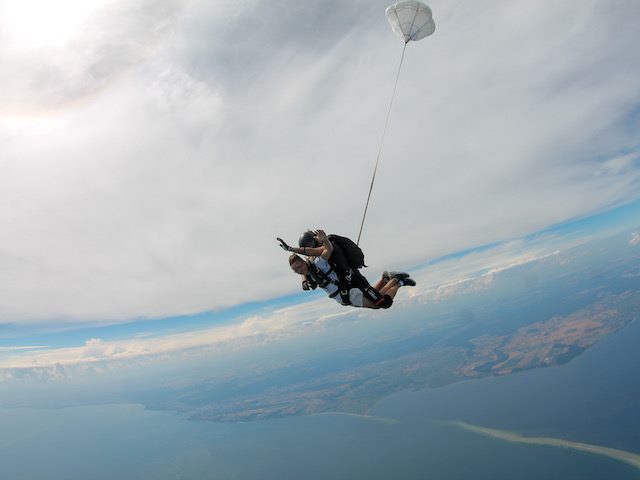