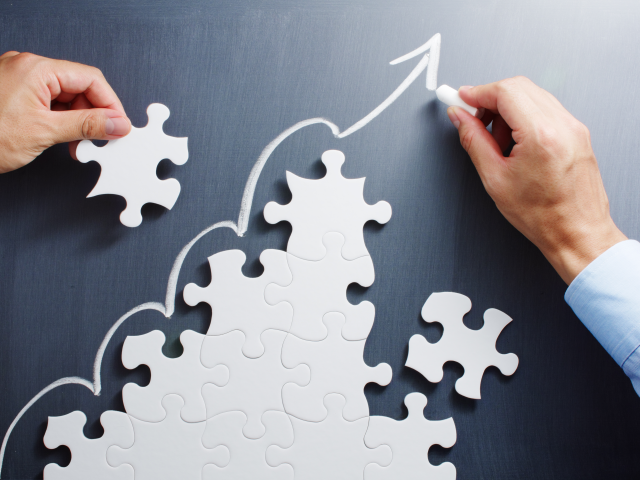 With an ongoing shortage of software developer and data science talent globally, companies are scrambling to reduce the strain and demands on IT departments with limited resources. Low-code/no-code technology helps bridge this IT gap by automating processes without taxing the IT department.

New research from Boston-based Creatio, which develops a low-code platform for process management and CRM, appears to indicate that organizations are using low code/no code to push their digital transformation initiatives forward. In fact, according to Creatio’s first State of Low-Code/No-Code Report low-code tools enable business users to develop agile process improvements and innovations over time.

The survey includes responses from 1,000+ IT, digital and business leaders from various industries and more than 90 countries spanning the Americas, EMEA and APAC and while it shows that the use of these kinds of platforms is growing, there are problems. It showed, for example, that business leaders are lining up on the promise of low code/no code as an enabler of digital transformation, but a lack of experience with low-code platforms is the biggest obstacle to adoption, according to 60% of respondents.

Low-code tools are currently being adopted primarily for custom app development inside separate business units such as sales and marketing, service, human resources, or finance. But the survey showed that only 6% of low-code development is done by business users without any IT involvement. However, this situation provides a significant opportunity for a continued shift to a no-code development approach that enables enterprise applications development of any complexity without the need for coding skills or specific training.

The advantages are obvious. The key benefit is accelerated time-to-market (38%) followed by reduced app development cost (34%), indicating that innovation is prioritized over cost reduction when it comes to driving competitive advantage.

Does this also suggest that low-code/no-code environments are not gaining the traction that was expected? Blair Hanley Frank, principal analyst with technology research and advisory firm ISG, said every enterprise has a host of small problems facing each of their business units that stem from a lack of IT and software development staff. These problems are big enough to hurt the business overall, but small enough that it is hard for senior leadership to justify spending valuable development time on them.

“Low-code platforms are supposed to help deal with that problem by enabling rank-and-file employees to build the solutions they need in a relatively straightforward manner. But these problems do not solve themselves, and enterprises must commit to assisting their employees with these low-code platforms to truly see benefits,” he said.

The biggest issue is that rank-and-file users who are supposed to become citizen developers already have day jobs. If higher priority work comes up, that is the end of software development on their project, at least for the time being. Managers need to determine when this work is critical and allocate workloads accordingly when push comes to shove.

Furthermore, it is important for enterprises to distinguish between small and large projects. “It's easy to send emails from a particular inbox to a Teams or Slack channel,” Hanley Frank said. “But building a custom mobile application that talks to an existing database is a good deal more difficult. Both of those tasks are possible with existing low-code software on the market, but the amount of support a business must give to someone non-technical trying to execute on either is significantly different."

The pandemic forced many organizations to digitize and integrate more of their operations at a faster pace, which resulted in a surge in no-code and low-code popularity. Low code enables organizations to go from one-off projects to a strategic, sustainable operation. Yet, no code and low code can only live up to the hype if businesses scale these development tools strategically to harness their power, said Tejas Gadhia, head of low code at India-based Zoho. While the global crisis will subside, its impact will remain. Businesses must move from a reactionary position on low code to one that makes their businesses more resilient and better equipped to innovate at speed.

There are several ways businesses can leverage low-code as a long-term viable solution:

The Rise of Citizen Engineers

Low-code and no-code tools are beneficial in that they leverage the talent and domain expertise of people who are not software engineers, said Chris Nicholson, CEO of San Francisco-based Pathmind. These are people who have earned the status of civilian engineers.

“You don't need to code much, or at all, to use them. But you do need to learn other things, like how to use the tool through its GUI, and how to think rigorously about what you are trying to automate,” he said. “Low-code and no-code tools still give orders to computers, and computers do whatever you tell them, even when that's not exactly what you want.”

However, the learning curve is not as steep as it is to become a full-blown software engineer. That means you can get more people building things to address more needs. The fact that the maker of a custom app is also a domain expert means the app is more likely to be useful.

With the overwhelming growth of software and digitization, organization are relying heavily on software engineers who are bogged down with their organization’s complex tasks. Low-code and no-code development enables less technical colleagues — often referred to as citizen engineers — to take over the foundational work, which then gives room for experienced developers to focus on high-return digital transformation initiatives.