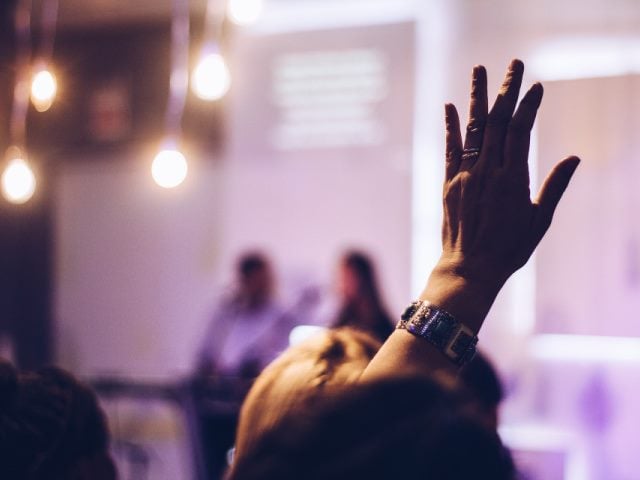 Good leadership is essential to the success of any business. Good leaders guide their employees and foster a culture of hard work and collaboration within a company. If a business does not have good leadership, it's likely to flounder and fail.

There are many different leadership styles, but one that is getting an increasing amount of attention is participative leadership. This leadership style helps motivate employees and can be a good morale booster in the right environment.

What Is Participative Leadership?

Unlike more traditional forms of management, with participative leadership all members of a team are given information about company decisions that might affect them and have the chance to give their input before those decisions are made.

Participative leadership requires managers to engage more with their employees, which is a time-consuming process. However, the payoff is that employees tend to be more engaged, enjoy higher job satisfaction and work better as a team when they're led in this way. In addition, the company often benefits from improved employee retention.

There are several elements that define this type of leadership. The most important feature is that participative leadership is a form of democracy. Everyone who is a part of the team is encouraged to take part in decision-making.

One common system for participative leadership is to follow this process when there are decisions to be made:

In the process listed above, the discussion will have a leader who keeps the conversation on track and lays out the topics to be considered but everyone in the team has a voice. Once everyone has provided feedback on the issue at hand, the decision-making process begins.

In the most democratic styles of leadership, each person's vote has equal weight. In some organizations, management still has the final decision-making power, but they take on board the input of their subordinates.

When Does Participative Leadership Work Best?

According to the business school of Western Governors University, participative leadership works particularly well in businesses where co-ownership is a key part of the company. It is often applied in universities, construction firms and technology companies.

Because participative leadership can be time-consuming to engage in, it does not work well in organizations that tend to require quick turnarounds or have a lot of urgent projects. When leaders are taking a democratic approach, they must be willing to wait for the input of others before taking action.

Some larger-scale businesses do manage to implement participative leadership successfully. WGU explains "if used in departments within a company, or in smaller teams in those departments, participative decision making and management offers a forward-thinking approach that can build team bonds and help everyone take ownership of a project, which can ultimately guide them to success."

Participative leadership does not have to be a formal affair. Some organizations successfully implement it as an informal framework. With this style, there are no set procedures, and there are no participation requirements or desired outcomes set. Rather, leaders simply informally discuss decisions face to face with subordinates, as the need arises. Some organizations do this regularly, then implement short-term formal participation for higher impact decisions.

The Different Types of Participative Leadership

Participative leadership can be divided up into four key types:

This type of leadership is at the lowest end of the participative scale. Input from employees is welcomed, but the leadership still makes the final decision and there's no need for them to explain themselves. Employees have a voice, but they do not have the power to make or veto decisions.

In this type of leadership, everyone across the organization has the chance to work together to make decisions. Employees from top to bottom are involved in the decision-making process and accountability is divided equally. Collective leadership is similar to democratic leadership, but the leaders are not expected to justify any final decisions.

Consensus decision-making is the most truly participative leadership style. Leaders give employees the opportunity to give feedback on decisions via voting. The process is facilitated by leaders, but decisions are made by consensus, and if an agreement cannot be reached, the process does not move forward.

Related Article: What It Means to Be a Human Leader, and Why It's Important Today

Participative leadership can work well for many organizations, but the idea is one that managers are divided about.

The practice itself is not a new idea. Its roots can be traced back to the Hawthorne Experiments, which were conducted in the 1930s at the Hawthorne Works in Illinois. The experiment focused on employee motivation, and it was found that a participative leadership style helped increase that motivation.

In the 1950s, Henry A. Landsberger reviewed the experiments and concluded that the increase in productivity and motivation was due to the workers being observed. The theory of the day was that when employees feel supported, through both observation and participation, they feel more satisfied and are therefore more productive.

In the 1970s, Larry E. Greiner wrote about participative leadership for the Harvard Business Review. His writings would not be out of place today, as he reflects on the rising popularity of this leadership style, noting, "Perhaps no other management concept has received so much attention in management literature, in-company training programs, and in the general press."

Greiner adds, "Educators, in particular, have consistently admonished managers to open up their decision-making activities to their subordinates. Youthful critics of big business have also added fuel to the fire, contending that industrial organizations are too closed and undemocratic."

The same debates rage today, with some businesses favoring fast-moving, hands-on leadership styles, and others taking an approach that is better suited to debate and discussion.

How Participative Leadership Thrives on Trust

A more recent study, conducted in 2014 and published in the International Journal of Human Resource Management, looked at the impact of participative leadership on cognitive and affective trust, and how that affected work outcomes.

The study highlighted the importance of interpersonal interactions between the supervisor and subordinate, noting that "trust enhances the response of subordinates to the participative leadership behavior of their immediate supervisor."

This need for trust could be one of the reasons participative leadership works so well in some settings, such as universities, but works less well in other, more fast-paced environments or ones with higher turnovers.

Employees need time to build a relationship with the people they're making decisions with, so they can both become invested in the outcome of the decisions and also believe their vote is worth something.