How Companies Can Bake Diversity and Inclusion Into Their DNA

Martha Elliott remembers a key moment when she was serving on a diversity committee in a prior role during her 40-plus-year technology career.

“I'm not really an activist,” a committee member who was white told Elliott, a black woman. “I just want to come to work, do my job and go home.”

Elliott remembers thinking, “That’s what I want, too. I want to be able to go and live wherever I want to without people saying, ‘She's black. Don't show her that house.’ I want to not be stopped by the police, and I want the police to stop killing us. These are all things that I want, and boy, what a luxury it would be, to be able to come to work, do my job and not have to worry about these issues.”

Elliott's desire for the workplace is not yet a reality for many underrepresented employees. It doesn't take much to see evidence of this and calls for companies to do better.

The murder of George Floyd  in May and ongoing protests against systematic racism in the United States has awakened many organizations about their own diversity and inclusion efforts — typically how they can do better. These companies, according to observers, can only begin to find success through a never-ending commitment that starts with leadership and fosters a culture of belonging beyond the typical window-dressing. The work also includes changing mindsets, facilitating brave discussions, creating a model for learning and listening, and transparency around challenges and targets for growth.

“The workplace has to be diverse and that is one important aspect of it,” said Travis Montaque, a 29-year-old CEO of mobile messaging software provider Holler, an 80-employee organization located in New York City. “But the other aspects of it are, how do you drive things like belonging? The notion of inclusivity is you’re included. But that doesn't necessarily mean you belong."

When belonging is tasked to the underrepresented employee it becomes conformity, Montaque said. Belonging needs to be driven by the people surrounding the underrepresented talent. "It’s about celebrating the 'different-ness,' and that also creates an aspect of belonging," Montaque said. "True diversity is agnostic of a specific kind of demographic or race. And I think that's what the next generation of corporate cultures should look like.”

Montaque, who is black, has been at the forefront lobbying for workplaces to get better. He authored a post in Fortune Magazine in June calling on companies to truly begin to bake diversity and inclusion into their DNA and another in TechCrunch June 30 where he admitted even he as a tech CEO has more work to do. Montaque's also led virtual conversations with industry leaders on the topic. 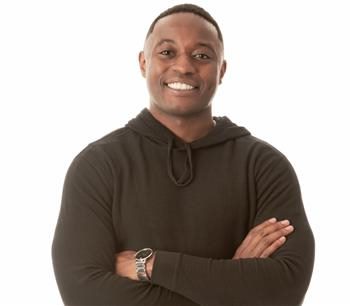 At Holler, he began a regular town hall with employees on topics spanning diversity and inclusion, trying to bake it into their DNA as they scale. Employee growth is up about 100% employee growth over the past year. Small steps over time, he said, can create a big difference sparking dialogue and helping change mindsets. For instance, he named Juneteenth a company holiday, hoping that over time it encourages conversations on the importance of the day in history: June 19, 1865, celebrating the emancipation of enslaved people in America.

Montaque’s mission is not only to make his company better but inspire other companies to get to work — and learn from one another.

“I don't think this should be a trade secret,” Montaque said. “Driving equity or solving systemic injustices should be the largest open source project ever. We should be sharing our approaches, sharing beliefs and helping people learn, and therefore lifting the entire system up and bringing the world together. Think about how we approach and do the work internally and then start pushing those kinds of learnings out there and engage in discussions. I want people's feedback on what we're doing.”

Related Article: It's Time to Change Our Thinking About Diversity and Inclusion in the Workplace

Long Fight Getting Diversity on Agenda

Too many companies don't listen, however. Nor are they proactive in this arena, according to Jennifer Brown, whose consultancy works with companies on diversity and inclusion. And it only takes a quick Google search to learn companies, like those in tech, still struggle with finding the right path.

“I think that they do the bare minimum because I'm constantly having to fight for the worthiness of the diversity conversation,” said Brown, author of “Inclusion: Diversity, The New Workplace and The Will to Change.” “It's just a constant struggle to get on the priority list and to get it funded appropriately. That's changing now but I think it's fear. You’ve got to be careful if you're in reactive mode, because you're operating from a place of fear, and you also want to fix something that is not a quick fix.”

Instead, this is about looking at your systems and processes and “taking your medicine,” as Brown said. It can’t be a three-month effort then the conversation dies.

“That’s the thing I worry about," Brown said, "being able to have the conversation and trying to feed that momentum because it's going to take a lot of us to continue to keep the temperature up on this and for companies to really make lasting change.” 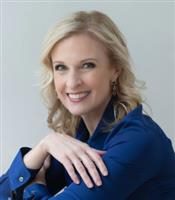 Where can companies start? Have a diversity and inclusion strategy. Have goals for representation and targets for employee engagement data that you want to improve.

Brown helps companies with focus groups where they ask employees across many demographics the same questions. Do you feel you have ample and equivalent support for your career goals? Do you feel like there are people in the company who look like you or identify as you do? Is there an equally fair opportunity for assignments? Do you believe leadership when they say they value all talent across the company?

“You’ll be able to see all the differences,” Brown said. “You've got to be continually collecting data and measuring that data against your benchmark.”

If leaders are serious about changing cultures and mindsets in an organization, they must set targets and commit to them internally. And don’t put the onus, Brown said, on the underrepresented employees in the organization. Leaders must take accountability and responsibility for making this happen.

“It’s not going to be the job of the one black employee to either carry the mantle for the work or do all the educating about the problem,” Brown said. “That's one of the flaws of how we work. We outsource the responsibility for it to people most affected by it. We need those perspectives, we need that advice, and we need that input. But the lion's share of the work needs to be done and owned by people in leadership positions, and if those are mainly white people that means that they better start on their learning journey and develop competence as quickly as they can. These are really big shifts.”

Related Article: 4 Ways to Embrace the Challenges of Diversity in the Workplace

Companies must go beyond window-dressing, according to Elliott. Studies often point out the low number of underrepresented employees. However, too many companies think the solution is to ensure that 30% to 40% of employees in their organization are people of color and women, Elliott said.

“They’ll say they’ve done their job,” Elliott said. “But when you think about it, plantations were very diverse communities, right? So it's really so much more than that. And we all have a responsibility.” The conversation for companies can’t start with numbers. It’s about creating a vision as a company for what diversity and inclusion looks like, according to Elliott.

Elliott cited the 2016 quote from actor Will Smith that has resurfaced amid calls for social justice: “Racism is not getting worse. It’s getting filmed.” She related it to the workplace where she’s witnessed social injustices over the years.

“What is not being filmed is what's happening between the boss and the employee or the teacher and the young black boys or what happens in healthcare, and how folks are treated,” Elliott said. “So it's systemic. It’s baked into this cake of the US, and we are responsible to get that out of our DNA. And it's just an ongoing process.”

Workplace diversity and inclusion programs that are numbers-driven are well-intentioned but broken, according to Montaque. Internships may be an opportunity to work but also present an opportunity to be "the diversity kid," he added. As an aspiring tech professional, Montaque had an internship on Wall Street and “had to work to dissolve a label that was put on me before I even arrived. I was nowhere near alone in this endeavor,” Montaque wrote in Fortune. He told us it felt “disconnected and disjointed.”

“What you're eroding in that process are the things that make my perspective unique,” Montaque said. “You're trying to make everyone conform to a specific type of mold, especially on Wall Street where that's the kind of behavior. You try to push us by morphing us into a specific mold. And all of the richness that was there, you loot.”

Instead, employers need to start celebrating those differences. “How can we continue to grow and scale our culture?” Montaque asked, thinking about his own firm. It’s more about creating a learning agenda and a celebration agenda, and from that, diversity is simply an outcome of a larger effort to change mindsets and organizational DNA.

All Starts With the Individual

But it’s a lot of work. It’s not an item in a project-software tool that checks off boxes. It's a long road, even longer if employees aren’t willing to do the work. It’s no longer acceptable to say, “I’m a good person. I'm not racist,” then go back to your own lives, Elliott said.

“It really starts with the individual,” Elliott said. “You have to do the work. And what I mean by that is really educate yourself. I love Debbie Irving's book “Waking Up White” and also the work of Tim Wise, who talks about racism and privilege from a white perspective."

Have what Elliott calls "courageous conversations" without blame and shame in the workplace. It’s a linear process, Elliott said, because if you don’t understand the problem, how it began or what the issues are, it's really hard to correct it from that position.

“We didn't create these systems,” said Elliott, who does work for the National Center for Race Amity. “We can't dismantle it by ourselves. It’s just getting into those conversations. And it's not easy, and it's not sexy. But we're a country where every nationality, every race is represented. That's pretty amazing, and if we really want to access the strength of that and the power of that we need to learn how to have everyone's voices heard.”