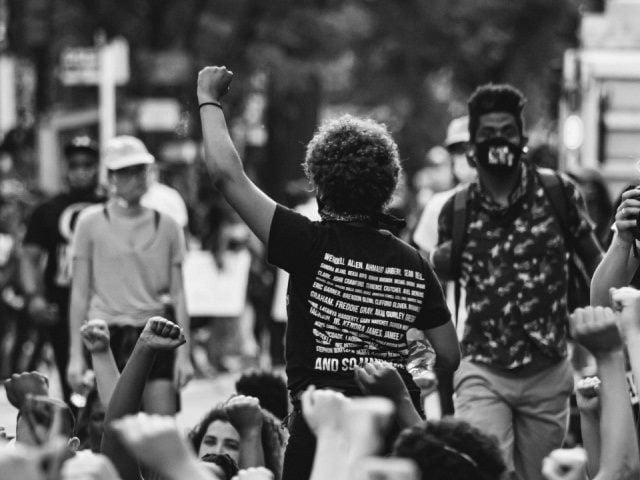 Should Companies Speak Out on Social and Political Issues?

Social and political issues are not new, and social protests have been happening for centuries. What is new today is that customers expect companies to take a stand on social and political justice issues. Voting rights, the murder of George Floyd, social and economic impacts of the pandemic, and the storming of the U.S. Capitol by supporters of the former president were all issues that some companies took a position on.

In 1964, Mario Savio made a famous statement during a student protest in Berkeley, Calif., that continues to have relevance in social justice movements: “There's a time when the operation of the machine becomes so odious, makes you so sick at heart, that you can't take part. You can't even passively take part. And you've got to put your bodies upon the gears and upon the wheels … upon the levers, upon all the apparatus, and you've got to make it stop! And you've got to indicate to the people who run it, to the people who own it, that unless you're free, the machine will be prevented from working at all!”

The question for business leaders today: When is the time for a company to speak up and take action in support of a hot button issue?

Customers Support Companies That Are Authentic

According to the results of a survey of 1,000 Americans released in July 2020 by Mitto, a provider of omnichannel communication solutions, customers support companies that take a stand on their values. 73 percent of respondents said it's important that a company's Black Lives Matter-related statements are not only empathetic, but are followed by measurable action. These customers are also eager to take action themselves: 71 percent of Americans aged 18-24 said they are more likely to take action around BLM-related issues when they are sent a direct text with details and links.

Additionally, 53 percent of those polled said they are unlikely to buy from a company if they have a negative perception of its communication during the BLM movement. This feeling is the strongest among 18-24 year olds (61 percent) and women (52 percent). These customers are also interested in knowing the impact their donations make; 87 percent said it's important that companies regularly provide up-to-date information on their part in the movement.

When the issue in question aligns with corporate values, a company has a responsibility to take a stand, said Aaron Endré, founder and CEO at Endré Communications. That said, the stand must be authentic rather than cooked up in a PR department, because that will be immediately recognized as disingenuous. “I'm a gay man who has lived long enough to see brands go from financially backing anti-LGBTQ legislation to having branded Pride floats,” he said.

Customers see through company efforts that are merely lip service and expect companies to put their money where their mouth is. “While I do believe in reform and evolution, I also have to ask: is this more of an optics play ... or whether it represents a deeper commitment to the cause,” said Endré.

It isn’t enough to speak out in order to gain positive press coverage. Companies have to be willing to make changes in policies and practices to affect change. Take the example of LGBTQ issues.

“If a company simply seeks to attract LGBTQ customers but isn't particularly interested in reforming hiring practices, fostering visibility, investing in community causes, etc., then it is unlikely to generate the kind of publicity they seek,” said Endré. “A glance at Instagram during Pride month reveals that LGBTQ+ people are disillusioned by brands that talk the talk, but show little interest in walking the walk.”

Often under the umbrella heading of diversity, equity, inclusion, and belonging (DEIB) programs, some companies are expanding their employee and business resource groups and affinity groups to include support for people in recovery from alcohol or substance use disorders. Many organizations are speaking out about the stigma of drug and alcohol addiction, and how they support employees and their families who are struggling with addictions.

More than 22 million people in the U.S. workplace are in recovery, and they often feel ‘hidden’ or ‘covered’ because of the fear and stigma associated with alcohol and substance misuse. And the experience of living through the challenges of the COVID-19 pandemic has created a "pandemic within the pandemic," said Cheryl Brown Merriwether, vice president and executive director at ICARE.

According to recent data from the Centers for Disease Control and Prevention, more than 81,000 drug overdose deaths occurred in the U.S. in the 12 months ending in May 2020, the highest number ever recorded in a 12-month period, Merriwether said. This often overlooked and stigmatized social issue results in higher turnover rates, absenteeism and presenteeism, an increased usage of sick time and a decrease in the overall quality of work. It's also a social cause that more companies are bringing into the light of public awareness.

In the post-COVID world, companies have a role to play in society and culture that goes well beyond economic prosperity, said psychologist and UCLA consumer market professor Dr. Emmanuel Probst.

“Brands can no longer lure consumers by remixing marketing platitudes," he said. "They are now expected to inform and educate the public and make a positive contribution to the world around them.”

The pandemic changed people’s expectations of companies and their role in the community. People expect companies to help businesses recover from the pandemic and engage in sustainable behavior, Probst said. "In tech for example, making slick phones and intuitive user interfaces is no longer enough,” he said.

Ipsos’ survey on brand truth from November 2020 revealed that 71 percent of people polled expect tech platforms to actively enforce their standards of behavior and 68 percent expect them to censor content that has been proven to be misleading. Additionally, they expect tech companies to support small businesses through the economic recovery.

“The younger people are, the more emphasis they place on tech brands’ contributions,” Probst said. “Brands should also engage in sustainable behavior, and not just flaunt ‘sustainability’ as a buzzword.”

48 percent of those polled are more likely to trust companies that have sustainability/social responsibility programs. Probst said sustainability spans across all sectors of business, and pointed to the examples of Patagonia and Toms in clothing and apparel, Beyond Meat in food, Seventh Generation in cleaning products and L’Oréal in cosmetics.

“Interestingly, tech brands are also committing to sustainability practices: Apple already powers its stores, offices, and data centers with renewable electricity,” said Probst. “Next, it plans to make all its products with clean energy by 2030. Google is already the largest corporate purchaser of renewables in the world and is implementing a 5-year sustainability strategy to build sustainability into everything it does.”

When to Speak Out and When Not to

As they navigate these waters, it's important for a company to define when it's essential to speak out. There is no benefit to making a blanket statement that covers every issue that may arise, said Mona Charif, chief marketing officer at NTT DATA Services, a technology consultancy firm.

“We carefully consider a set of questions that we review as a leadership team. Those questions include whether our team members, clients and communities are in danger or facing harm, whether speaking out on the issue supports our company culture and values, and whether we can meaningfully support those affected by the issue," Charif said. "For example, in the last year we’ve made corporate statements about racial inequity and the COVID crisis in India among others, and put a number of concrete actions in place to help inform and support in relevant ways."

There are some topics Charif said are usually off limits, such as religious events or issues, ongoing investigations or situations where all facts are not known, or politicians or elections in any country. That's not always the case with companies, as many, such as Ben & Jerry's, Axe and Boeing, spoke out against the violence that occurred at the Capitol building on January 6, 2021.

“In cases where we don’t make a statement, we still point people to our general stance of zero tolerance against racism or discrimination in any form,” Charif said.

When to speak out and when not to is a balancing act that companies need to weigh carefully. That said, there are a number of important issues to grapple with today.

“For brands that are willing to endeavor the act of balancing potential short-term declines in revenues or equity in the eyes of dissenting consumers, the time to pursue authentic support of social and political issues is now," said Joshua Dorsey, assistant professor of marketing at Cal State Fullerton. "For simplicity, this support can be thought of in two distinct ways.'

"There are companies that have social marketing as the core of their business model (Bombas, Tony's Chocolonely, etc.). These entities are usually built from a foundation of ‘why’ (i.e. mission driven); thus, they have no issue in supporting the authentic purpose of their brands or extending to related philanthropic causes. The other group of companies, those built on a traditional model of capitalism, must be more deliberate in such decisions."

Dorsey said companies in the latter category, such as Nike, have to assess their own history with such efforts. Brand identity is vital: Is the support seen by customers as being consistent with the established values of the company?

“Are there parallels between the advertising messages and tangible investments in the chosen causes? If not, the intelligent and purposeful contemporary consumer will be able to tell," Dorsey said. "After all, a lack of authenticity is more troublesome than inaction. Nike's consistent history of advertising on social issues allowed it to withstand, and even prosper, in the ostensible winds of social change between [Colin] Kaepernick's kneel and the BLM movements that followed."

For Dorsey, the decision of when brands should take a stand on social and political issues is an easy one.

“Now. Be authentic, represent the broader will of society, and your company's consumers, commit to consistency of marketing messages and tangible investments in causes, and be prepared to hold the course steady if financial ramifications should occur."

LifeWTR, which is owned by PepsiCo, is one example of a company that is taking a stand for social justice. The company's home page reveals that “Three out of every four Americans are underrepresented in the creative industries. It's time for change. Join our movement to make unseen artists seen.”

They provide examples of underrepresentation in the fashion, music, film, and visual arts industries, with statistics about each, along with examples of works by those artists that are typically underrepresented in each industry. There is little advertising for their actual product, a premium flavored purified bottled water. LifeWTR encourages people to spread the word by using hashtag #LifeUnseen.

The past year, with a global pandemic that devastated communities around the world, global protests for racial justice, and political unrest following a tumultuous election process in the United States, has caused many companies to re-evaluate their values and beliefs. More customers are vocally demanding the companies they do business with take a stand on important social and political issues. But, as these experts attest, it's critical that the company's stand be sincere, authentic and backed up with action. 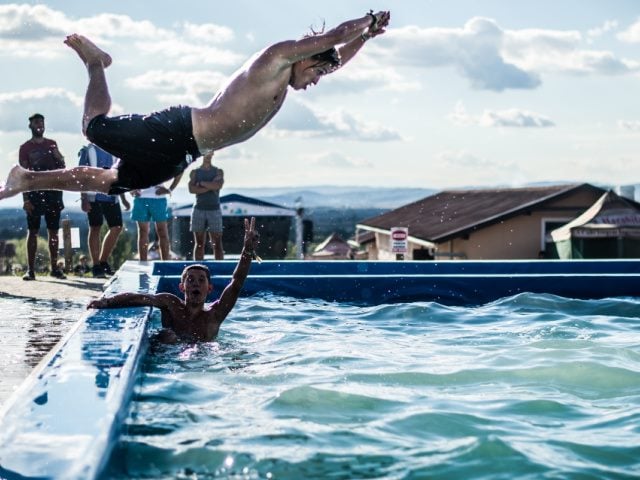 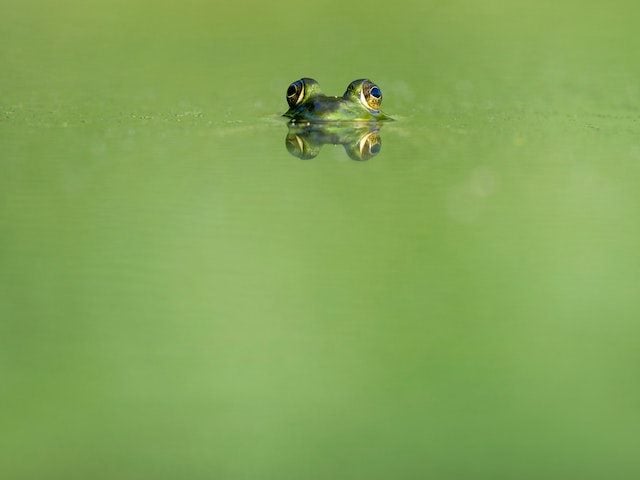 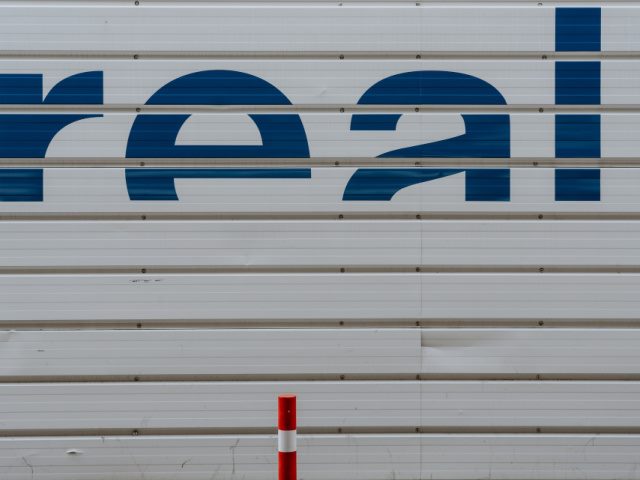