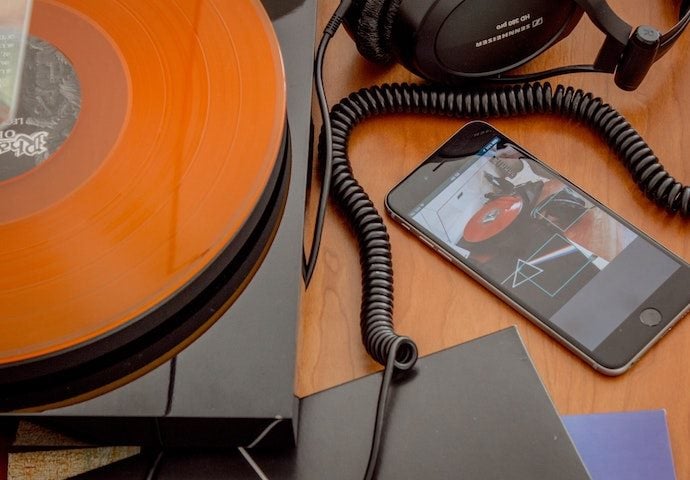 Generational Differences and How They Affect Workplace Dynamics

The active workforce today spans four generations: Baby Boomers, Gen X, Millennials and Gen Z — each with a broad set of strengths and weaknesses. Having diversity of age on a team can yield many benefits by bringing a vast diversity of perspectives and representations to the table.

But before implementing generational diversity, leaders should make an effort to understand what differentiates one group from the next, how each can impact the workplace and the challenges that can arise from a multigenerational workplace.

Who's Who in the Workforce?

The four main generations that make up today's workforce are:

Each of these generations has its own perspective, experiences, values and work ethics. Chuck Underwood, founder and principal of The Generational Imperative and author of "America's Generations in the Workplace, Marketplace and Living Room," said organizations need to understand how they can best engage each group in order to derive the benefits of a multigenerational workplace. Of each generation, he said:

Ageism, or age bias, can deeply affect interpersonal relationships and collaboration in the workplace, and be a significant deterrent to innovation and productivity. Stereotypes and assumptions about a person based on age can lead to missed opportunities and be a source of conflict. Although they are some commonalities to people of a given generation, each individual should be treated as unique.

For instance, a Baby Boomer may be more comfortable with a certain technology than a Millennial because of a particular work experience. Presuming otherwise is a prejudice based on age.

Alive Ventures' Insights and Market Report shows "older" adults want to see more accurate representations of themselves in the media, which tends to reinforce stereotypes. For instance, at extremes, older generations can be portrayed as either frail and frumpy (“I’ve fallen, and I can’t get up!”) or unrealistically adventurous and carefree (“90-year-old skydiving legend keeps putting on the parachute”).

Yet, the report indicates that older adults are the fastest-growing segment of social media users. They make up half of consumer spending in the U.S. and are expected to spend $84 billion on tech by 2030 — a far cry from their stereotypical tech-intimidated persona.

Research by Michael North, assistant professor of management and organizations at NYU Stern School of Business, revealed that many young workers who are openly opposed to racism and sexism are likely to be biased against older employees. Additionally, after surveying 348 people, North found that the younger the people were, the more they were likely to hold ageist opinions about older workers, particularly regarding older men. North said there is still a huge potential for different generations to learn from one another and emphasized the positive benefits gained from interaction and exposure.

“I would say that in general, people of all ages harbor age-based stereotypes of different generations from them," said North. "Some of these are driven by media narratives, others are rooted in their own experiences with different-aged colleagues in the workplace or within their own family."

Nancy A. Shenker, founder and CEO at theONswitch, said rather than focusing on generational differences, leaders should look at each individual's expertise and strengths and build a team built on complementary skills. "Age bias — in all directions — needs to be called out, and the same type of focus that's been given to ethnicity and sexual orientation needs to be applied to generational biases,” Shenker said.

Related Article: Unlocking the Benefits of Diversity in the Digital Workplace

The emphasis on "all directions" is, perhaps, key in Shenker's statement because the opposite is just as true when it comes to biases against younger workers. But age bias isn’t a new problem. Aristotle's "Rhetoric," in the fourth century B.C., reads that younger generations "think they know everything and are always quite sure about it."

While Underwood hits several key characteristics of each generation in his definition, he is not hesitant to speak out against generalizations. “Perhaps the most widespread discrimination in the American workplace is not the one against Blacks or women but instead the one against older (Boomer) and younger (Millennial) workers by the rapidly growing number of Gen Xers in management positions,” Underwood said.

Underwood believes generational values play a huge role in how one generation sees another. “Boomers were branded by Xers as the parents who divorced and ravaged their childhood, the workaholics who were absentee parents and made Xers the home-alone children who came home after school to an empty house, and the employees and executives who now want to work beyond traditional retirement age and, thus, are perceived as slowing Gen X’s career advancement,” Underwood said.

These same types of generational values have caused many Gen Xers to view Millennials with chagrin. “Xers have struggled to understand Millennials since the moment Millennials entered the workplace in the early 2000s,” he said. “Xers are independent and self-reliant and often prefer to work alone. Millennials prefer teamwork. They like a lot of guidance and like to ask a lot of questions, which is often an irritant to their Gen X bosses who ask themselves, ‘Why are Millennials so needy?’ It’s not a matter of one generation having it right and the other having it wrong. It’s just different,” said Underwood.

The Challenges of a Multigenerational Workforce

While the benefits of a multigenerational workforce include a wider frame of reference when it comes to problem solving, more effective representation in marketing initiatives and a more diverse range of opinions and mindsets, it is not without potential areas of friction. One can only imagine the indignation that might arise when a 60-year-old Baby Boomer has a 24-year-old Gen Z employee for a supervisor and is being instructed on how to accomplish a task that the Boomer has been doing for the past 20 years. Or conversely, when a Gen Z employee is being instructed by a Baby Boomer on “the right way” to use Zoom.

Communication issues can also arise from differences in preferred styles (e.g., formal vs. informal), methods (e.g., email vs. phone vs. text), vocabulary or expressions, or the interpretation of tones — all of which may highlight generational differences. Tolerance, understanding and empathy play a great role in how such situations play out, but emotional intelligence is an attribute that has proven to be highly valuable in avoiding these issues altogether.

Additionally, a multigenerational workforce means there is likely a wide variety of expectations and goals. Someone approaching retirement may not be as interested in upskilling or continued learning as someone entering the workplace. Some employees may only view work as a way to pay bills, while others may find in it a sense of purpose that has nothing to do with monetary gains. Employees from younger generations may be using their current employment as a stepping stone to another occupation, while older employees may intend to remain at their current employer indefinitely.

“To me, one of the biggest challenges of a multigenerational workforce is catering to the needs of people at different ages but being careful not to fall susceptible to stereotyping," said North, who advises leaders to stop focusing on workers’ chronological age and instead study their GATE: generation, age (life stage), tenure, experience.

Finally, the ways that employees from different generations accomplish their daily tasks may also vary. One methodology may be appreciated or endorsed over another, even for the most basic tasks. Other differences may present themselves when it is time to look at compensation packages, benefits or employee perks. An onsite gym may be very much appreciated by one generation but not by another. An open-door policy, feedback, questionnaires and one-on-one conversations are an effective way to gain a better understanding of the benefits, perks and compensation that employees value while avoiding stereotypical speculation.

Organizations should keep in mind that people from each generation often have more in common with other generations, and less with their own.

“Brands will not succeed if they assume that all consumers over a certain age are the same or act in a certain way," North said.

There's always been a need for companies to cater to a multigenerational workforce. One generation doesn't abruptly start working the moment the next one comes along. But a four-generation workforce like the one in place today is not as common; yet, it offers unparalleled benefits if tapped into adequately. Leaders should make an effort to learn to take advantage of this multigenerational workforce while carefully navigating its challenges.

Avoiding age bias and stereotyping through open and transparent communication can help increase employee engagement while enhancing loyalty and retention for all generations involved.