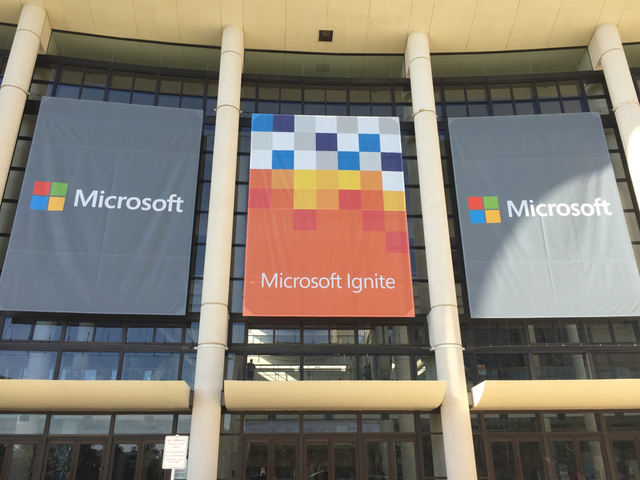 5 Microsoft Teams Upgrades That Take It Deeper Into the Workplace

There was a bunch of releases and upgrades for Azure, like new additions for Designer, which now has drag-and-drop modules for numerous tasks, including data preparation, model training and evaluation for machine learning. There was also the release of Azure Communication Services in public preview, a fully managed communication platform that enables developers to build communications features and connected user experiences across all applications.

Security and identity also received a lot of attention in response to the growing number of attacks on enterprise infrastructure. Upgrades include the expansion of secure hybrid access integrations to enable secure single sign-on for legacy applications, or the new additions to Conditional Access Microsoft’s policy engine in Azure Active Directory.

However, with competition in the collaboration space now more intense that it ever was, much of the focus on productivity was designed to push Teams deeper into the center of the digital workplace and to make onsite and off-site working easier. There are five in fact that are worth noting, which should make it more difficult for competitors like Slack or Google G Suite to keep up.

The Role Of Teams

If the principle function of Teams is to provide a better way of communication, then it should be no surprise that Teams is to get a better calling experience in the coming months. Among those improvements is a streamlined view that shows contacts, voicemail and calling history at once, making it easier to initiate or return a call with a single click.

The big addition for many in this respect will be the introduction of collaborative calling, which enables customers to connect a Call Queue to a Teams Channel. Users will then be able to collaborate and share information in the channel while taking calls in the queue.

One of the other features that will be made available soon and which is likely to be popular is the upcoming meeting features to be available for 1:1 calls. These will include transcription, live captions, recording and the ability to transfer between Teams mobile and desktop apps. Transcripts and recordings will be saved in the chat window after a call. These features can be enabled via the control bar within the Call window.

The main thing that users will be looking for this time around is better and enhanced meeting capabilities. Given the growth and the functionality being added to the likes of Zoom and Slack monthly, it is no surprise that Teams has had a major upgrade in this respect. Microsoft tis added new features to Teams to make meetings more dynamic, inclusive, and engaging. Several new Together mode scenes are also on the way later this year, including new auditoriums, conference rooms and even a coffee shop.

One of the big areas of contention and difference between all the different  virtual meeting places that are currently on the market is the size of meetings and how many people can attend. Microsoft is really pushing the boat out with this one and has confirmed that Teams meetings are growing to support up to 1,000 participants with the full meeting experience.

However, even larger meetings will be possible. For larger events that require additional control, Teams can seamlessly scale to support 20,000 participants in a view-only meeting experience that includes the ability to use live captions. These new capabilities are now available to customers with the new Advanced Communications plan.

For more structured meetings, such as customer presentations, attendee registration with automated emails makes it easier to manage attendance and view a reporting dashboard after the meeting to help understand attendee engagement.

In addition to his, new  production tools like NDI for Microsoft Teams, anyone can transform a Teams meeting into a virtual stage by converting each participant’s video into a discrete video source that can be used for professional media broadcasts or streaming to social communities through the production tool of choice.

Among the other new additions that will released by the end of the year is Breakout rooms, which will makes this as close as you can to creating a virtual conference experience. The new rooms will allow meeting organizers to split up meeting participants into smaller groups to facilitate brainstorming sessions or workgroup discussions. Presenters will also be given the ability can choose to hop between breakout rooms, make announcements to all breakout rooms and close the rooms to return everyone to the main meeting.

That is not all though and in October, Microsoft will offer improvements to the experience with the addition of around 20 new partner apps that will fill out the holes that Microsoft is not providing itself.

HireVue, ServiceNow, Range, Buncee and PagerDuty are among the apps expected to roll out in the coming months. Once available, these apps can be accessed from either AppSource or the Teams store and can be added by the meeting organizer when they schedule the meeting.

Microsoft 365 is Microsoft’s big productivity play in the enterprise. It consists of Microsoft Office applications like Word, Excel, and PowerPoint on Windows PCs, Macs, iPads, and every other platform Microsoft supports. Home users also get 1TB of storage space in OneDrive per person and 60 Skype minutes for calling landline and mobile phone numbers from Skype.

The Enterprise version is a complete, intelligent solution that empowers everyone to be creative and work together, securely. It brings together the best of Office 365, Windows 10, and Enterprise Mobility + Security (EMS). It can also be scaled to an unlimited number of users depending on the enterprise in question.

A host of new capabilities coming to Microsoft 365 Enterprise can be accessed in Teams, making it an even more powerful hub for collaborating and finding company information, insights and apps.

Take the general availability of the embedded Power Apps and Power Virtual Agents studios, powered by Project Oakdale as an example. Teams users, as a result of the new integrations, will be able to build, edit and publish custom apps and chatbots inside Teams. As a result building and deploying those custom bots is even easier with native authentication and simple bot publishing.

Elsewhere a new Power Automate app in Teams will make it easier to automate workflows with easy-to-use templates and a simpler building experience. Microsoft Teams will also natively enable approval workflows, which can be customized using Power Automate, and while integrated e-sign services such as Adobe Sign will be available later this year.

As a final look at Microsoft 365, it would be remiss not to mention the new SharePoint capabilities to enhance workplace communications that will enable organizations to boost the visibility of news and announcements, better connect employees to leadership and foster a tighter workplace community. These new features are:

These are only some of the additions on the way that will go some of the way to making Teams a single place to work. Microsoft’s vision when it released Teams was to create something where the entire work environment would be accessible without ever having to leave Teams. It is not quite there yet and there are others looking to do the same, including Slack which holds it Frontiers conference in the second week of October. Lots more on this on the way.