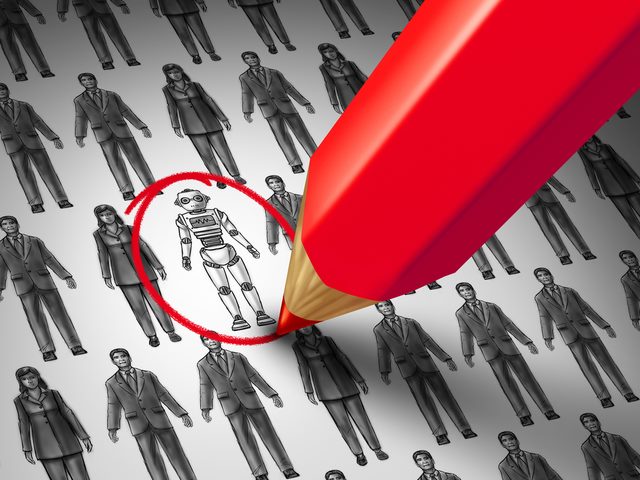 Artificial Intelligence Is Poised to Take More Than Unskilled Jobs

Recently, Microsoft announced that it was terminating dozens of journalists and editorial workers at its Microsoft News and MSN organizations. Instead, the company said, it will rely on artificial intelligence to curate and edit news and content that is presented on MSN.com, inside Microsoft’s Edge browser, and in the company’s Microsoft News apps.

Explaining the decision, Microsoft issued a statement to the Verge. The statement reads: “Like all companies, we evaluate our business on a regular basis. This can result in increased investment in some places and, from time to time, re-deployment in others. These decisions are not the result of the current pandemic.” The decision will result in the loss of 50 jobs in the US and a further 27 in the UK. Not a huge number, you might think, but Microsoft has been moving steadily in the direction of artificial intelligence and it would not be surprising to see other jobs in other areas disappear too.

However, the initial results have not been encouraging. Many of the affected workers are part of Microsoft’s SANE (search, ads, News, Edge) division, and are contracted as human editors to help pick stories.

The Guardian newspaper in the UK reported soon after that, the newly-instated robot editors of MSN.com selected a story about Little Mix singer Jade Thirlwall’s experience with racism to appear on the homepage, but used a picture of Thirlwall’s bandmate Leigh-Anne Pinnock to illustrate it. Thirwall herself pointed out the mistake in an Instagram post that read “@MSN If you’re going to copy and paste articles from other accurate media outlets, you might want to make sure you’re using an image of the correct mixed race member of the group.” She added, “It offends me that you couldn’t differentiate the two women of colour out of four members of a group … DO BETTER!”

Not an auspicious start, but something that is likely to happen again with other AI users and other AI managed content. It is also likely to impact other industries as AI slowly makes its way across the enterprise. More to the point, it is also likely to happened in industries where mistakes will have far reaching and potentially disastrous impacts. Until now it has been argued that the main jobs that will lose out to AI are unskilled, manual labour. However, the MSN decision indicates that this is not the case. So, what other skilled jobs are likely to be impacted?

Irwin Kirsch is director of the Princeton-based Center for Research on Human Capital and Education. He says that there are two issues to be considered when looking at the future of work and the use of AI.

Although many jobs will be replaced by AI, many others will need to evolve to become complementary to new technologies. Production workers — an occupation hit hard by the impacts of technological change — provides a powerful case in point. Firms regularly must hire new workers to replace incumbents who retire, leave the labor force for personal or health reasons, or change careers.

The Bureau of Labor Statistics projects that employment in production will fall by 406,000 workers between 2016 and 2026 due to pressure from automation and trade. Yet, over this same period, 1.97 million currently employed U.S. production workers will attain or exceed retirement age. In other words, U.S. firms will need to hire 1.52 million new production workers net of the projected decline of 406,000 production jobs simply to compensate for these retirements. And, over those years, there is little doubt that advancements will continue to shape and morph roles — and levels of skills — needed for success in the emerging jobs.

Looking at degree attainment data, it might seem that we are set. But as with concerns about the impact of AI skilled jobs at risk, there is more to this story. The percentage of the U.S. population 25 and over who completed high school and college has risen dramatically over the past several decades. Yet, data from assessments of adult literacy and numeracy skills indicate that skill deficiencies are large, with half of Americans aged 16 to 34 lacking levels of literacy many experts deem critical for success in the labor market. “While many acknowledge that AI is increasingly important and its impacts increasingly stark, we must also reckon with the fact that too few of America's young adults are well positioned for the emerging jobs of 21st-century economy,” he said. “To address this, we must pave the way for them to develop the skills they need today and into the future.” So, what skilled jobs are likely to disappear, or be subject to substantial change? There are many, but when we asked a few people across different industries 6 were identified:

Roy Cohen is a career coach and author of The Wall Street Professional’s Survival Guide. Over the next couple of years, he said technology will likely eliminate thousands of Wall Street jobs that are currently performed by skilled humans. FinTech, or the financial technology industry, is speeding to create new automated trading systems that outperform and outsmart traditional traders. These folks are likely to become obsolete unless they retool with strong programming skills. One example, IBM’s Watson, is a supercomputer that consistently beats the market.

Pete Sosnowski is VP People and co-founder at Poland-based Zety, which publishes high-quality guides and articles for job seekers. He sees two skilled jobs changing drastically or disappearing altogether. They include:

Lawyers very often must dig through and analyze thousands of pages of case files. That is why AI and big data technology is developing to replace lower-level law firms’ employees in performing legal research. There are also algorithms that can already better predict the court verdicts — something that we often hire the best lawyers and pay them top dollars for. On the bright side, artificial intelligence in law firms can mean a reduction in the costs of handling cases.

With a variety of AI tools available out there, it seems like the need for architects may decrease. We are now able, using AI technology and virtual-reality tools, to design our own houses, apartments, and offices. Every major furniture store will have a program available for its customers so that they can design their own interiors. The process is becoming more and more automated, and the human factor is less needed.

For Grant Aldrich, CEO of OnlineDegree, there are also two professions that will be hard hit by AI. Bookkeeping clerks will likely become redundant because most bookkeeping is automated. Tools like FreshBooks, QuickBooks, and Microsoft Office already offer bookkeeping procedures for a more affordable price than providing a person’s salary and benefits. Bookkeeping jobs are already expecting to decline by 8% by 2024.

Proofreaders are likely to be replaced by AI, despite the skill needed to be a great editor. An editor needs to have a good command of the English language, but many websites and companies are already using grammar check software like Hemingway App and Grammarly. There are plenty of technologies that make it easy to self-check your writing.

Finally, Ian Kelly is VP of operations at Denver-based NuLeaf Naturals. He says it is likely that in the future general practitioners will also be replaced soon. Although this seems impossible, he says you need to consider what a doctor does. A doctor sees a patient, the patient tells them their symptoms and the GP gives a diagnosis. The issues lie in human error, where misdiagnosis isn’t just a frivolous mistake — it’s a fatal mistake. It’s estimated that 40,000 to 80,000 people die annually from complications from misdiagnosis, while women and minorities are 20 to 30 percent more likely to be misdiagnosed.

AI could help doctors make proper diagnosis 90% of the time, or, they could completely replace the GP and have a higher likelihood of a correct diagnosis altogether.