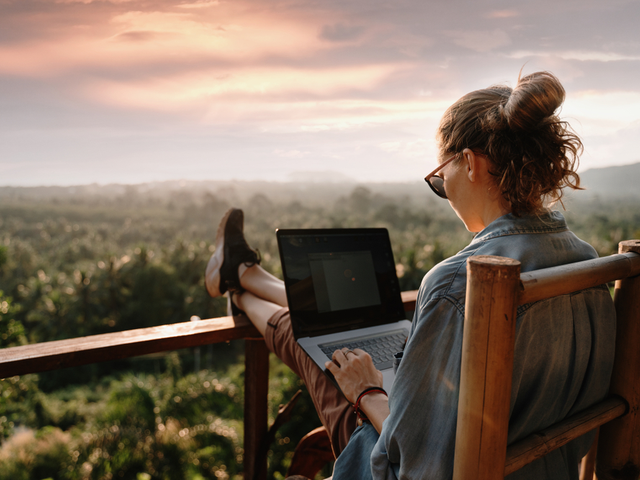 How COVID-19 Is Impacting the Digital Workplace Tool Landscape

So how did we do? It’s the question perhaps many digital workplace technology and infrastructure providers are asking four months into the massive shift to work outside the office due to COVID-19. The world health pandemic pushed these vendors into the spotlight perhaps more than ever, tasked with providing organizations with things like secure remote access and functioning collaboration tools.

The spotlight shone bright, on technologies like Zoom with its security woes, and Microsoft Teams with an early outage hiccup.

What are some takeaways for digital workplace practitioners using this software? Surging adoption numbers in digital workplace tools doesn't mean surging productivity, vendors are holding back on innovations related to artificial intelligence (AI) and other emerging tech and now's the time to assess your digital workplace software suite and decide how it fits the business agenda, analysts said.

The last four months have served as the ultimate PR dream for some digital workplace providers, namely for boasting about adoption numbers. But as the vendor adoption numbers see a surge, and perhaps your organization does, too, don't fall into the hype that this means immediate productivity gains. According to CMSWire contributor David Lavenda, most organizations appear to be "exploiting collaboration tools to tread water, to keep people connected. With all the discussion about rapid adoption of Teams, Zoom and Slack, I haven’t seen organizations launching significant business initiatives." The vendor hype about how productive companies are during the COVID-19 crisis lockdown is a "mix of public relations and wishful thinking."

As Lavenda wrote, it's easy to get lost in the hype of adoption of these tools, equating that with productivity. And if the last four months have taught us anything, that is usually not the case. "For most folks," Lavenda wrote, "these have been offset by disruptive schedules driven by a need to care for children and the complex coordination of precious workspace with other family members at home. In the aggregate, I would bet that for most people, productivity has suffered rather than increased."

Speaking of those vendor adoption numbers, don’t expect the winners to stay in user-numbers nirvana. More organizations will move back to pre-COVID-19 processes and fall back into the office, eliminating the need for some of these tools that supported working from home, according to Craig Roth, research vice president for Gartner who focuses on digital workplace. “I'm sure you've seen them all put out press releases on their amazing user growth and revenue growth for April and May,” Roth said. “But I have a feeling that their press departments are all going to be quiet in 2021, because these numbers all go up during a crisis. But then when it's somewhat past and people start going back into the office, it's going to go down again. Some of these companies won't need that remote software anymore once that happens. A lot of them will, but there's a good number that won't.”

Just don’t expect the vendors to readily share those numbers as they’re going down. “You’re not going to want to pull out a figure saying you have four million users when in May you said you have five million," Roth said.

Some digital workplace vendors have had delays in product roadmaps during the current pandemic, and it was the right move for a lot of them, according to Andrew Hewitt, an analyst from Forrester serving infrastructure and operations professionals. Vendors recognized at the outset they’re in a unique position to provide help and support to organizations going through massive transitions in the way they work. The vendors have “doubled down” on the technology that provides that support and delayed other innovations.

“I think in normal times, that would be cause for concern,” Hewitt said, “but a lot of these vendors are actually doing really well right now. Microsoft, of course, is doing really well. You look at their virtual desktop numbers, collaboration tools like Slack have taken off, and we’ve seen growth from some of your more classic digital workspace vendors like Citrix and VMware. Anytime there's a need for secure remote access mobility all of those vendors have all done well throughout this transition.”

However, Hewitt said, some innovations have stopped. He had heard a lot more about AI and machine learning prior to the pandemic. But now, he added, it’s “back to the nuts and bolts, things like secure access. Those other things will come back eventually, but it's really about dependable technology right now. That's really driving a lot of growth for a lot of these companies.”

Related Article: Will COVID-19 Be a Tipping Point for Technology?

However, perhaps an even greater lesson brought on by the sudden shift to new ways of working through COVID-19 is one of internet connectivity, according to Roth. Asked about bandwidth concerns, Roth said he has seen issues, but it’s more so about “the last mile than it is with the vendors themselves.” The data centers are fine, Roth said, adding it’s more so a matter of employees using a “possibly cheap home internet service.”

Toss in the increased bandwidth from children staying at home under school shutdowns due to COVID-19, and the problem worsens. “It used to be just when the kids come home from school when you’d see the slowdown,” Roth said. “Now, they're busier. Mine certainly are on YouTube all day.”

Hewitt said this is a great time for practitioners to redefine their usage strategy around digital workplace tools. Think about consistent training and education around the tools and communicate where your company wants to be in terms of getting the most business value out of the tool — and not so much about breaking adoption records. Organizations should be pondering, “How do I change the use of technology so it's more in line with asynchronous communication?,” Hewitt said. “How do I make sure I'm not overwhelming employees all the time by having back to back to back to back video calls? That type of thing has really escalated to a lot of the executive level where now I’m now hearing a lot of them talking about culture change and tool usage changes to make sure that people are using these technologies in the most effective way, maximizing the benefits while limiting some of the downsides of them as well.”

How have some digital workplace vendors made pivots in terms of their product roadmaps? We caught up with some of them over the past couple of weeks:

Nexthink launched a remote working experience designed to help IT teams monitor and manage their remote worker’s digital experiences. It is a new offering in response to the crisis, according to Michael Applebaum, Nexthink's VP of product marketing.

Slack rolled up the timeline of a “simpler, more organized Slack” for new users. Also, it updated an emoji pack to help users share their statuses more easily and convey the new realities of remote work. Slack also in June announced a strategic partnership with AWS to make it easier for teams to manage their AWS resources in Slack and now features Amazon Chime’s voice and video calling infrastructure for Slack Calls.

A Microsoft spokesperson shared the company's “key shifts” during the pandemic:

The company featured an advanced analytics update that was moved to a three- to six-month release window, instead of a six- to nine-month window. Its Search Release was moved from a 12-month release window to six. In other words, both feature releases have been accelerated to be released within the next six to nine months, according to Perttu Ojansuu, CEO of Happeo.

In late May, Workplace from Facebook announced Workplace Rooms, which allows up to 50 people to connect by video. According to Christine Trodella, head of Americas for Workplace from Facebook, the provider also launched features like: Live Producer, for high quality video streaming; Live Q&A, which crowdsources questions during live streamed video; and Captions, Translations & Caption Editing, which makes broadcasts more inclusive and accessible across regions.

“We haven’t had to delay the launch of any new features to make room for our focus on video,” Trodella said.

Culture Amp delivered a COVID/Emergency Response and Return to Work questionnaire. It also released Survey Programs that allow customers to create a series of pulse surveys pre-scheduled to launch at different times to track and trend progress over time. Culture Amp also launched, among other offerings, a Manager Learning Centre where it provided a variety of bite-sized resources and best practices for managers to lead remote teams.

Fuze shared its accelerated features and functionality in light of COVID-19:

Jed Brown, SVP of product and design at Fuze, said the company in May announced the launch of the Fuze 6 platform to specifically help customers adapt to the demands of an increasingly distributed workforce.

TetraVX expedited two components of its nVX platform: messaging (chat) with team collaboration features like task and file management; and video meeting functionality which includes screenshare, whiteboarding, annotation and more. “We see our roadmap as always evolving,” said Kara Longo Korte, director of product management at TetraVX. “It is most firm for the immediate quarter and most fluid a year out. That said, COVID pushed us to pull forward major collaboration functionality while slightly delaying a few items planned in the near term.”