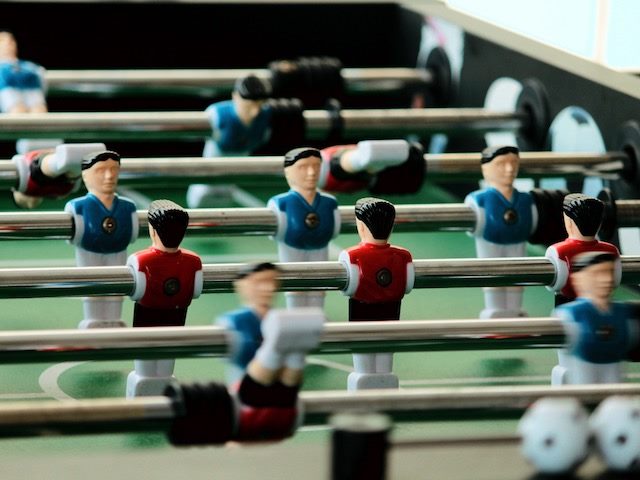 Is Microsoft Teams the New SharePoint?

Comparing Microsoft Teams to SharePoint is a sensitive subject. SharePoint users have a lot of strong feelings about the platform, many of them negative once you look outside the Microsoft community.

SharePoint originally gained a big chunk of the market share because it was convenient. Microsoft included SharePoint in its enterprise software packs, giving every Microsoft-based IT department a copy of SharePoint to play with and eventually deploy. SharePoint became easier to adopt once organizations started moving to Office 365, Microsoft 365’s precursor. And then Microsoft 365 removed many of the infrastructure pains that IT departments had previously suffered when scaling SharePoint.

As a result, SharePoint is the most pervasive content management system out there. It didn't succeed because it was the best, but rather because everyone had it.

Microsoft Teams now has the same competitive advantage that SharePoint enjoyed. It may even be comparable to the advantage Internet Explorer enjoyed over Netscape.

Much like with SharePoint, many organizations received licenses for Teams through their Microsoft 365 subscription. Microsoft is using that advantage to quickly expand Teams’s footprint, even more so as organizations had to quickly move to virtual workplaces back in the spring. But that edge doesn’t mean that Teams has won ... yet.

A lot of players in the collaboration world are grabbing headlines these days. Most stake claims to leadership in the space using different metrics. Microsoft Teams recently claimed 115 million users, which marks a huge jump from the 75 million it reported six months ago.

Six months ago was also when Slack boasted 10.5 million concurrent, versus total, users. Zoom claims even larger numbers, with 300 million users. However, these are all comparing apples to oranges to bananas. How many of those Teams users are active at any given time? How does Slack measure active users? And most importantly, how many of these users pay?

The metrics are tricky to dissect. I have three Teams accounts and belong to Slack workspaces using multiple emails. Am I counted once, twice or more?

Related Article: Microsoft May Hold the Productivity Crown, But Productivity Reporting Is Ripe for Disruption

Is Teams the De Facto Winner?

Given the differences in metrics, only one thing is worth tracking when comparing the tools: Growth. How fast is each growing? Zoom has grown astronomically but it is very much a meeting tool versus an everyday collaboration tool. Slack hasn’t released any numbers recently to counter Microsoft’s claims of rapid growth.

The one thing that growth metrics show is there is no clear leader in the space. Or at least, not a real winner. The current growth we are seeing represents organizations identifying a real need for a solution, but not necessarily commitment to that particular solution.

Teams appears to be winning because it's already present in many organizations, due to its license being part of existing Microsoft 365 licenses. So when COVID-19 hit, Teams was ready to go.

Teams clearly benefited from the need for rapid adoption in 2020. Lucky for it, the pandemic didn’t hit in 2018 or 2019. During that time, Slack had a clear lead in functionality and usability over Teams. We likely would have seen much more push-back on massive Teams rollouts had the timing been different.

Now, both tools have strong points that go beyond license convenience. As a result, it is hard to simply say no to Teams. Slack may support working with external parties better than Teams, but for many organizations, that is not a major concern.

Who Will Win This Horse Race?

Who knows? We couldn’t have predicted today's state of collaboration one year ago. Making accurate predictions are challenging when life is chaotic. The current tools augment work, but none of them, on their own, replace in-person collaboration. When it comes to serendipity, nobody has figured that out, at least in the enterprise.

So yes, Teams, much like SharePoint before it, has taken the lead. But Microsoft hasn’t won yet. It cannot truly win until it redefines success from making online collaboration bearable to actually making it great.

Laurence Hart is a director of consulting services at CGI Federal, with a focus on leading digital transformation efforts that drive his clients’ success. A proven leader in content management and information governance, Laurence has over two decades of experience solving the challenges organizations face as they implement and deploy information solutions.