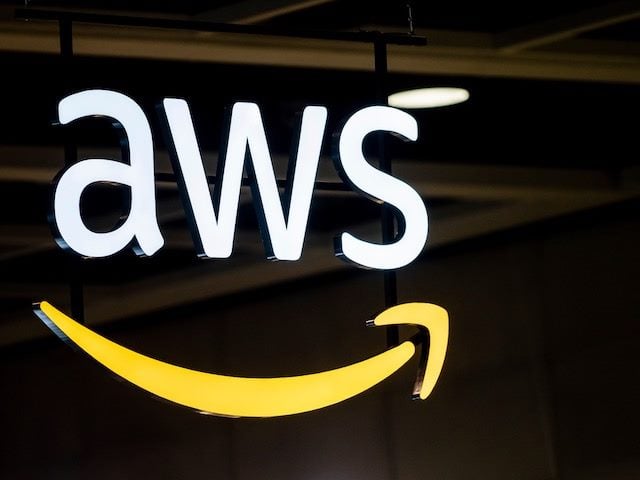 Slack announced on Thursday that it had signed a deal with Amazon Web Services (AWS) to embed the Amazon Chime voice and video meetings capability into its channel-based messaging application, using the Amazon Chime software development kit (SDK). This will make the Chime functionality available for free for all Slack customers who want to use it — both free and paid. The announcement is part of a broader multiyear strategic agreement between the two companies. It also sees AWS agreeing to use Slack for its internal teams and promises deeper integrations between their portfolios.

The news signals yet another chapter in the hugely competitive market for online meetings and is a big shot in the arm for Chime, which despite having launched over three years ago, has yet to gain significant profile against the big players.

Above all, it's a timely reminder that AWS is stepping up to its efforts in workplace applications during the COVID-19 crisis, an area of its portfolio that previously had taken a back seat to its infrastructure business.

A Perfect Solution for Slack

The Chime SDK was launched in December 2019 and enables customers to effectively “white label” voice and video meetings technology, embedding it natively into their applications.

For Slack, this is an ideal solution to an increasingly difficult problem. The company has offered basic voice and video features in its application for several years, based on technology from its acquisition of Screenhero in 2015. However, these capabilities are extremely limited and are typically only useful to the smallest of customers. In a market where Slack is competing fiercely with Microsoft Teams, it needed a better option for customers looking for an all-in-one solution to team collaboration and communication. Add to that the surge in demand for video communication led by the pandemic and the need for remote meetings, and Slack's native meetings feature fell wide off the mark.

Slack already had an app for Chime, as it does for Zoom, Microsoft Teams and WebEx. But rather than just enabling Slack customers who also use Chime to integrate them together, this new partnership will surface Chime's video meeting functionality as if it were a native feature in Slack. In effect, this immediately brings Slack into the video communication space.

Slack gets all the benefits — giving it an all-in-one solution similar to Microsoft Teams and WebEx — with little risk involved. AWS's consumption-based pricing model for Chime and the SDK means that the tool is available if customers want to use it, but there's no major cost to Slack if they don't.

Additionally, the Chime SDK enables Slack to determine where meetings are hosted across 14 regions, allowing Slack to deliver one millisecond latency and the scalability that a global video service requires, and crucially meets the international data residency and security needs of clients.

The Chime capabilities are expected to roll out to Slack customers in the next few months. We can expect Slack to place particular emphasis on a slick user interface for Chime in its own product, something that has arguably been less of a priority in AWS's own Chime application. Slack will continue to support its existing integrations with Chime, Zoom, Microsoft Teams and WebEx, providing these new features as an alternative option for customers.

A Renewed Focus for Amazon Chime

Like many of its rivals in the video meetings space, AWS has seen significant growth in the use and number of new customers for Chime as a result of COVID-19 and the shift to remote working (although it doesn't share usage numbers for Chime).

However, the new SDK is fueling the biggest opportunities and is arguably AWS's greatest source of differentiation in the market. As businesses look for ways to deliver in-built video calling as part of their online experience or app, wishing to maintain full control of the user experience rather than routing users out to a second meetings app, Chime is starting to position itself effectively in business workflow and industry settings such as healthcare and telemedicine, retail, education and financial services. AWS partner bSmart Labs, for example, is using Chime to provide virtual classroom solutions in Italy. EASE and CareMonitor are both using the Chime SDK to facilitate healthcare consultations, and Mindbody has extended its scheduling app to deliver online virtual yoga classes.

This demand, combined with the broader effects of the pandemic, has also prompted several enhancements to Chime, including an increase in the number of participants supported in a meeting from 100 to 250, new security and meeting controls and hardware-accelerated video encoding and decoding. At present, the Chime SDK only includes the meetings elements of the Chime application, not the chat functions. However, given the success of the SDK to date, it seems likely that AWS will take a similar approach for chat as well.

Related Article: The Evolution of Video Meetings Has Long-Term Effects

Microsoft and Google get much of the attention from the shift to remote work, but the crisis has also spurred adoption of several products in AWS's wider applications portfolio. Alongside Chime, the company's desktop virtualization platform, Amazon WorkSpaces, and its cloud contact center solution, Amazon Connect, have both performed well.

But we've long argued AWS has been treating these areas of its business as second-class citizens to its infrastructure-as-a-service business, with the company mainly investing in areas lower down the cloud stack over the past few years.

This deal shows AWS is quietly gaining capabilities that can rival those of its competitors, enabling it to be more assertive and differentiated in higher-margin business applications. We expect the company to make a stronger push in this direction in the coming years. By raising its game here, AWS becomes more relevant to customers that aren't only focussed on IT and developer transformation (the target of much of its cloud business today), but also on workplace transformation, which is becoming an increasingly vital investment priority for businesses during the crisis and beyond. The growing intersection of Slack, Chime and, in the future, Amazon Connect and AWS's artificial intelligence solutions in Lex, Polly and Translate, for example, would form a powerful offering in the post-pandemic customer service area.

A New David and Goliath Chapter in the Video Collaboration Wars

The Chime SDK, and its potentially powerful pairing with Slack, puts AWS in a much stronger position as it faces off against Zoom, Microsoft, Google, Cisco, Facebook and others in this hotly contested technology area.

On one hand, despite being backed by the might of AWS's cloud infrastructure, Chime remains a relatively unknown and unproven video meetings solution, a David to the Goliath of Microsoft or Zoom, for example. Slack too has almost no track record in the video meetings arena, although it's clearly a leader in team collaboration. It's unclear whether customers will embrace its new video capabilities, rather than sticking with their existing solution.

On the other hand, AWS and Slack are providers that resonate with developers looking for the ability to build customized solutions, and the Chime SDK plays squarely into that in a way that none of its rivals in the video collaboration area currently do. The integration of the AWS Chatbot service with Slack for DevOps teams as part of the announcement is an example of this focus.

Video meetings are the premium currency of remote work in light of the pandemic, and many organizations will be looking for a way to build the capability into more business workflows and customer-facing applications. We believe this has the potential to be a major growth opportunity for the space, and AWS is well placed to benefit from an early lead here.

Angela Ashenden is a Principal Analyst in the Digital Workplace practice at CCS Insight, where she specializes in enterprise collaboration, employee engagement and the future of work. She is the co-author of the report, "Employee Workplace Technology Survey, 2020".