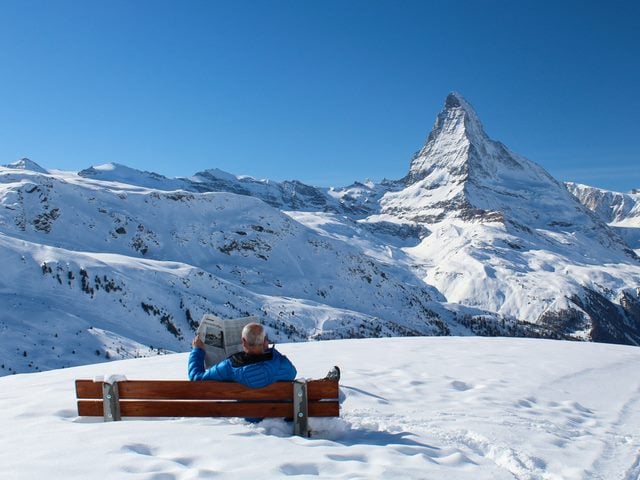 There has been a lot of posturing in the video conferencing space over the past three months when millions of workers were forced to work from home. Zoom, despite its widely publicised security issues, reported 300 million daily meeting participants in April, up from 200 million in March, and up from just 10 million in December 2019. Microsoft Teams, for its part has grown from 44 million daily active users in March, 2020 to 75 million in April, 2020, and Google, for its part, revamped Google Hangouts Meet — now Google Meet.

Video conferencing is a strategic enterprise tool making it one of the key long-term investments for organizations and, of course, the vendors that supply it. For this reason, it is not surprising that Seattle-based Amazon Web Services (AWS) and  San Francisco-based Slack have announced that they are deepening their partnership. According to a statement from Slack, the result will make it easier for large, distributed teams to access the apps and information they use every day in Slack.

What is more, Slack will continue to use AWS as its preferred cloud provider, and AWS will adopt Slack organization-wide to streamline team communication. “Strategically partnering with AWS allows both companies to scale to meet demand and deliver enterprise-grade offerings to our customers. By integrating AWS services with Slack’s channel-based messaging platform, we are helping teams easily and seamlessly manage their cloud infrastructure projects and launch cloud-based services without ever leaving Slack, says Stewart Butterfield, the co-founder, and CEO of Slack. This means Slack will migrate its voice and video calling features over to Amazon’s Chime platform alongside a broader adoption of Amazon Web Services. But that is not all.

The deal will also see the AWS Chatbot serviceintegrated into Slack, allowing users to manage their virtual agents from within the Slack platform, while integration of Amazon AppFlow into Slack, will enable enterprises to transfer data between Slack and AWS services for storage, data warehousing and management.

This is a long game and will really put it up to Microsoft, which has consistently tried to undercut Slack to create an advantage over Slack, at least in this space. The other element is that Amazon has 840,000 employees. As part of the partnership, Slack will be made available to all those employees even if it is far from clear how many of them will use it. Until now, Slack’s biggest customer has been IBM, which has 350,000 employees so this partnership is a serious step forward. Where all this goes remains to be seen but adds another spicy element into the video conferencing mix, which is already red hot.

That's not the only notable move in the video conferencing space. Redmond, Wash.-based Microsoft has also been trawling for new users with the addition of video meetings to its free version. This means that Teams free users can create a Teams meeting from their account, rather than only being able to join a meeting created by paying customers. "Meetings in Teams free is rolling out starting on June 2, 2020," Microsoft said in a support note for Microsoft 365, which groups all Microsoft’s productivity tools.

The free version of Microsoft Teams was launched by Microsoft launched back in July 2018 in order to provide potential users with an alternative to Slack, which had been making inroads in the enterprise space with a free service that could be used to communicate across departments. With the new capabilities, thousands of small businesses globally can use the free version of Microsoft Teams to create and attend free online meetings with high-quality audio and video. More to the point, there are currently no limits and sizes to the meeting.

While Slack and MicrosoftTeams have been fighting for the dominance in the collaboration space since the launch of Teams in 2017, Zoom has been building its user base over the past few years and has met with unprecedented success during the health crisis. It caught everyone by surprise, not least Microsoft, which has now been forced to improve it video calling capabilities.

Zoom recently smashed Wall Street earnings expectations and reported it had seen an "unprecedented number of free participants", which the company views as opportunities to convert to paying customers in future. The free version of Zoom allows users to create meetings with others. It claims to have had 300 million daily meeting participants in April, up from 200 million in March, and up from just 10 million in December 2019.

Microsoft Teams, which launched in 2017, has grown from 44 million daily active users in March 2020 to 75 million in April 2020. However, the major drawback for Teams is that it only allows for 9 participants in video calls now. While it has said it will improve this to offer the same as Zoom, it has not said when this will happen.

Elsewhere, Canada-based Igloo Software has released its third annual State of the Digital Workplace report today, which explores how employees collaborate and communicate in the modern workplace.The report examines the wants and needs of the workforce apart from the business disruption caused by the coronavirus, as well as identifies key opportunities for immediate improvement in the face of the pandemic.

Top of mind for today’s businesses, supporting a 100% remote workforce has been a big challenge and a huge undertaking for leadership teams. As we move past the initial scramble to support remote workers, leadership teams are now taking a closer look at what needs to be done to better support collaboration, communication, and productivity in the long term.

The study found that just over half (51%) of employees have avoided sharing a document with a colleague because they couldn’t find it or thought it would be too difficult to find — the highest percentage ever recorded since Igloo began this study three years ago.

Additionally, 54% of remote workers have had at least one meeting interrupted due to technical issues, and 51% of employees admit to being overwhelmed by the amount of non-work-related messages sent in apps like Slack and Microsoft Teams. The cause for concern does not end there, as 57% admit to using at least one non-company approved application to communicate or share company information. In addition to exploring remote work complications, the survey takes an in-depth look into digital communication habits and mishaps. The are other findings too that are worth noting

Nearly 40% have sent a message to a coworkers they wish they did not — including everything from a love note to sensitive company information shared with the wrong people.A further 65% have improperly shared and stored sensitive documents and information, which can lead to risks and potential security breaches and 62% of employees we surveyed still rely on email and file sharing for their communication and collaboration needs.

This is the third consecutive year Igloo has conducted this report and while there’s evidence some improvement has been made towards better communication and collaboration tools and practices, there are still plenty of challenges the workforce faces.  If you want to read the full report, you can find it here.

Elsewhere, Melville, NY-based-Verint has announced the introduction of new automation capabilities within its Workforce Management (WFM) solution to accommodate new post-COVID workplace requirements to enable organizations to safely transition back to the office. As lockdown restrictions ease, organizations will still have to comply with workplace requirements and guidelines including social distancing, daily health checks, and workplace hygiene protocols.

The new capabilities enable organizations to develop staffing plans to address these requirements while balancing work volumes with workforce capacity to ensure the delivery of exceptional customer experiences.

Using existing components embedded within its WFM solution, the new workflows that customers can use to automatically create a comprehensive schedule that is prescriptive and accommodates traditional workforce management criteria such as skill level, channels, and peak performance.

Verint has been working with actionable intelligence solutions with a focus on customer engagement optimization and cyber-intelligence since it started out. With workforces now radically changing and forced to introduce new processes for remote working, automatic processes and their management is an increasingly important part of the digital workplace.

Video conferencing technology is now the norm for nearly every business and consumer working through remote work, virtual health appointments and homeschooling requirements.  While it is still unclear as to whether widespread remote working is here to stay, what is clear is that there will be a lot more of it than there was. PGi is setting itself up to ride that wave.