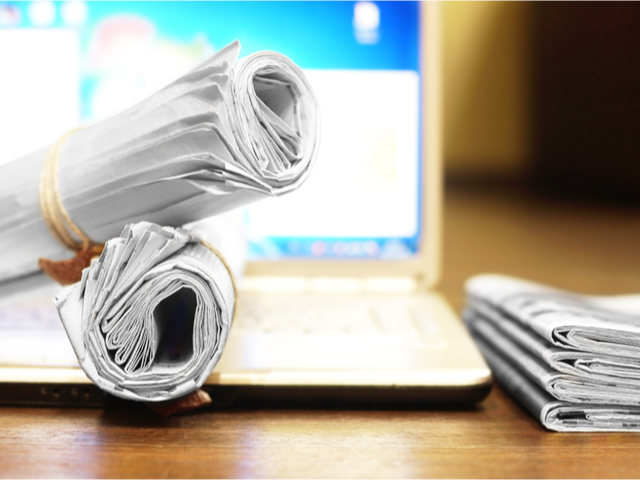 The past year has shaken up most organizations. Driven by the need to enable remote working and maintaining business competitiveness, most have been forced to upgrade or completely rebuild their tech stack. While it is true that digital transformation had begun for most organizations well before the pandemic, the past 12 months have accelerated change way beyond anything even the shrewdest CEO could have envisaged. To quantify that change, however, has been difficult.

Recently, San Francisco-based AppDynamics, a part of Cisco, undertook a survey of 1,050 IT professionals in organizations with a turnover of at least $500m to find out what they believed the biggest digital transformation obstacles and challenges have been. AppDynamics develops application intelligence software that enables enterprises to monitor, analyze and optimize complex environments at scale.

The research was published in a report entitled Agents of Transformation 2021: The Rise of Full-Stack Observability (registration required) and show that there has been a significant increase in IT complexity caused by the need for urgent innovation — and the resulting technology sprawl.

It also found that the shift to digital-first business models to weather the storm and minimize the commercial impact of the COVID-19 pandemic, has placed technologists at the forefront of their organizations’ response. There are several key contributors to this situation:

This rise in IT complexity has significantly increased the amount of data created across the technology stack, from the application through the infrastructure to the network and security. More to the point, most technologists believe that cutting through noise caused by the ever-increasing volumes of data to identify root causes of performance issues will represent a significant challenge in the year ahead.

The overwhelming majority (92%) say the ability to link technology performance to business outcomes such as customer experience, sales transactions and revenue, will be what is important to delivering innovation goals over the next year.

With vaccination programs now underway in many countries and the end of the pandemic in sight, this problem of tech spread is not going away. How it plays out over the next year is anyone’s guess, but organizations are going to have to work out exactly where the new technologies that have been introduced in the past year should sit in the enterprise.

Remote Work the Way of the Future? Maybe Not

One of the other major themes and challenges of the past year has been remote work and whether it will continue beyond the pandemic. While the consensus appears to be that remote working is here to stay, not everyone agrees. In fact, in an interview with Bloomberg financial wire (subscription required), Goldman Sachs CEO David Solomon said not only did he not believe it was the wave of the future, be he also slapped it down as  ‘an aberration’. “This is not ideal for us and it’s not a new normal,” Solomon, 59, said during a Credit Suisse Group AG conference, Bloomberg reported. “It’s an aberration that we are going to correct as quickly as possible.”

It is probably understandable from the point of view of the CEO of a large financial institution or a legal firm to judge remote work undesirable.

This is probably a good time too to have this discussion. Is remote work desirable, leaving aside the obvious gains for employee experience? Does a hybrid workplace refer not just to organizations that have half their employees working remotely and the other half on site, but also to a society where some people work at home and others on-site? Assuming that remote work is the way of the future is a little premature, it seems.

However, there is other research to show that many companies are in favor of it. Boston-based Motus, for example, has just released research which indicates that while U.S. organizations rapidly implemented temporary remote work policies last March considering the pandemic, 67% of businesses expect work-from-home policies to remain in place long-term or permanently.

The report also revealed that businesses are thriving in remote environments, with 83% of company leaders reporting the shift to remote work has been successful for their organization. This sentiment has increased 14% since June 2020 and reinforces the position among 68% of hiring managers that remote work is becoming easier as time goes on.

Even here though, Ken Robinson, market research manager for Motus said of the findings that despite the benefits of remote work, face-to-face interaction remains important to employers when it comes to maintaining their organizational culture,” said Robinson. With many companies now looking beyond COVID-19, it is time now to look at how the post-pandemic workplace will be organized. This is a good place to start.

There is also another problem with the pervasiveness of the digital workplace. While some countries like France have enshrined in law the principal of ‘de-connecting’  — where workers are legally entitled to ignore emails and messages outside of work hours — technology is developing in such a way that this will be difficult to do in the future.

Take the example of Microsoft Teams. It has just announced that workers will now be able to connect with family and friends outside of the office, with new features in Teams for your personal life, available on mobile and desktop. There is a whole bunch of additions to Teams that Microsoft has just unveiled for both the mobile apps and the desktop that are designed to enable this.

Among the ways you will be connect with personal contacts will be through chat, search, notifications, activity tracking, calendars and other features that are widely used in the digital workplace. In sum, and according to the blog announcing the addition, users will be able to “make plans, stay organized and connect with family and friends in one app.”

While the addition of any new functionality always helps it is not entirely clear with this whether it is a good idea or not. There are clearly employee experience issues here and it is unlikely that everyone is going to welcome the juxtaposition of work life and home life, or the creation of a digital workplace that has no boundaries. This is, of course, not a problem of technology, but one of management that will force organizational leaders to decide where the work/life balance should be drawn.

Elsewhere, according to reports that first appeared in The Information, LinkedIn is developing a new freelance marketplace platform which will enable businesses to find, connect with, and pay freelancers all on the platform.

According to the report, the new service will be called Marketplace and will enable its 740 million users find and hire freelancers. This will, of course, pit it against the likes of Fiverr and Upwork, both of which are markets for freelance services and publicly traded. The new service will also include the development of a digital wallet that will enable payments on LinkedIn.

The new freelance service could significantly expand LinkedIn's reach in the enterprise, and further embed it as a key platform for HR operations and while recruitment may be a tough market to break, it does have the support and backing of its parent company, Microsoft.

It isn't only Zoom that's benefitted from the expanding digital workplace software boom. Otter.ai, an artificial intelligence-powered transcription service, has raised a $50 million Series B. The Los Altos, Calif.-based company plans to triple headcount this year and expand resources in building capabilities for online meetings through AI and machine learning.

Spectrum Equity led this funding round, with continued participation from Horizons Ventures, Draper Associates, GGV Capital and Draper Dragon Fund. The round includes a $10 million convertible note. John Connolly, managing director of Spectrum Equity, will join Otter.ai’s Board of Directors.

Otter.ai officials said revenue has grown more than 800% in 2020. The app is used in more than 230 countries and has now transcribed more than 100 million meetings spanning 3 billion minutes, according to company officials. Otter.ai recently debuted integrations with Zoom and Google Meet, where users conducting online meetings in those platforms can automatically record and transcribe the meeting in real-time. Otter.ai’s note-taking and productivity app also works with phone calls and other voice communications.

The company plans to recruit talent in the areas of AI, deep learning, natural language processing, front-end and back-end engineers, data engineering and leadership positions including head of product for messaging apps and head of UX/design. The company is also looking for a vice president of sales. Otter.ai also named its first chief marketing officer. Kurt Apen has experience with Coursera, Disney Mobile Games and eBay.

“Over the past year, the world as we know it has inexorably changed by meeting and interacting online; and even after the pandemic is long behind us, our living, learning, and working online will persist,” Sam Liang, CEO and founder of Otter.ai, said in a statement. “This new mode of online interaction, however, has exposed an existing chasm between our need for meetings and the lack of their effectiveness. Otter.ai’s vision is to create more effective meeting spaces through advances in AI and ML."

Finally, this week, the Wall Street journal reported this week that Armonk, New York-based IBM is looking at the sale of its Watson Health business to further focus on the cloud.

IBM Watson Health combines human experts with augmented intelligence, health professionals and researchers around the world to translate data and knowledge into insights to make more-informed decisions about care in hundreds of hospitals and health organizations.

Citing people with knowledge of the potential sale, the WSJ said IBM is studying alternatives for the unit that could include a sale to a private-equity firm or industry player or a merger with a blank-check company. The reports say the company has $1 billion in revenues annually but is not actually making money for IBM.