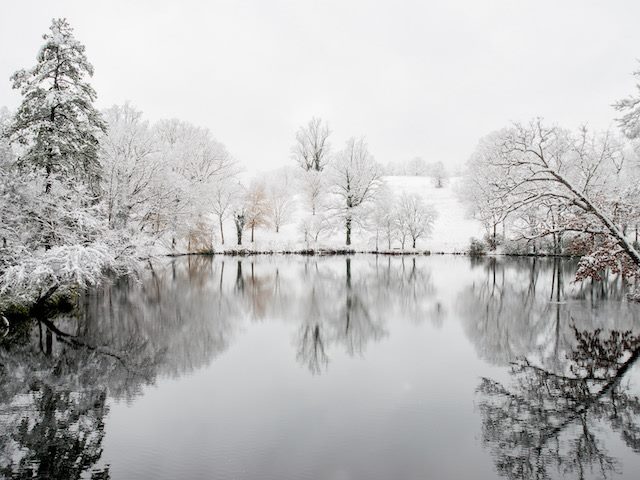 Digital Workplace in 2022: Reflections on Our Evolving Workplaces

As COVID-19 started to recede at the beginning of 2022, organizations examined how they might adapt their workplaces — digital and physical — to accommodate the changing expectations of workers.

In particular, organizations had to accept the fact that many workers wanted to continue to work at least some of the time at home, with others looking to make the move to remote work permanent.

What follows is a look at some of Reworked's top digital workplace articles of 2022, and what they say about the year in, and the future of, the workplace.

2022 saw the emergence of new tools and technologies across the workplace that enabled workers to meet targets and organizations globally to achieve business goals.

The article "2022 Tech Landscape: Trending Tools for the Digital Workplace" examined some of the dynamics already in play, citing Flexera’s 2021 State of Tech Spend report which found most organizations doubling down on digital transformation.

This was not a minor ripple in the tech landscape though. On January 11, Microsoft's Satya Nadella told attendees at the Future Ready conference that the company was changing its focus. "We're moving from a mobile and cloud era to an era of ubiquitous computing and ambient intelligence," he said.

Automation emerged as not just desirable, but essential, as organizations looked to increase productivity by automating workflows, processes and other parts of the digital workplace. The aim here was to dispense with repetitive and time-wasting tasks.

While prediction pieces are rarely held accountable, the tech landscape painted in the Flexera report held true as it pinpointed growing trends in place before the year started, which only gathered traction as the year progressed.

The year also confirmed that those technologies previously in use only by organizations at the cutting edge of the digital workplace were now officially part of the mainstream.

Digital workspaces were a case in question, as covered in "Digital Workspaces Emerge: Here Are the Technologies Enabling Them."

The high level of technology investment over the year found many investing in entire sets of technologies known as digital workspaces, according to an HP Teradici report. Ricoh defined the workspace as virtual replicas of workstations, calling them key to enabling hybrid or remote work strategies.

These ever-evolving group of technologies often include:

That said, the tools play a supporting role to support, augment and aid the humans getting the work done. Employees worldwide have been redefining what matters most to them as they demand business leaders take a more comprehensive view of their well-being and act on issues that impact their daily lives, families and communities.

"Leaders have been touting that people are their biggest asset for years, yet data from the recent State of Teams study shows we are far from delivering on our promises," said Dom Price, work futurist at Atlassian, in "How the Digital Workplace Is Becoming More Human-Centered."

He noted 82% of teams in the U.S. were either experiencing a lack of team resources or heading in that direction. The result was more people demanding more from their company leaders. The Atlassian research also found more than a third of employees (38%) stating they would quit their job if their employer's values did not align with their own.

It is not all negative though. He points to the 18 months of pandemic that created a “forced experiment” in the workplace.

An analysis of that period, he believes, will provide the solutions to many of the problems being experienced in digital workplaces globally.

All of this feeds into a meaningful change in company culture.

"The Critical Role Technology Plays in Company Culture," identified two critical drivers of culture: connection and values. And technology plays a critical role in enabling the connections, communications and collaboration which take place between employees.

In fact, Crystal Diaz Conroy, head of employment brand at UC specialist GoTo told us that technology helps solve both parts of the equation by building a connection between people and enabling companies to put their culture, or values into action.

“Technology has the power to transcend space to create an intimate environment between employees and enhance the overall experience; that is, if you utilize technology in a way that is authentic to your company culture,” she said.

William Howard, research director in the HR and advisory services practice at McLean & Company added that these behaviors are important. Technology plays a critical role in supporting culture, especially in a remote or hybrid environment.

Over the past year, the discussion around new models of working, communicating and collaborating reached a tipping point, as businesses' renewed calls to return to office were met with resistance.

However, Panther CEO Matt Redler encouraged us to think beyond a single location in "Remote May Not Be the Only Workplace Model of the Future." Redler argues that there is more to the workplace than hybrid, remote or onsite work. Instead, he said the future of work is distributed. This means that hybrid work is neither a destination nor a pit stop toward the future. Rather, it is one category of distributed work.

This means that is not possible to offer a single definition of hybrid or remote work. Instead, he said, work and how it is done cannot be based on business theory or even practice, but according to the needs of each organization.

The only thing that can be said with any degree of certainty, he concluded, is that the future of work is not the traditional office. The result is that teams will no longer be in the same location at the same time, nor even in the same geography. It is that and this physical disconnection that will drive developments in the digital workplace for the coming year.

While much of the year was categorized by change, the use of established technologies continued and in some cases, were instrumental in enabling the asynchronous communication that supported the new models of work.

The humble intranet is one such example. It has evolved from being a simple internal website for communications into something that, if used correctly, can contribute a great deal to workplace communication and even collaboration.

Despite the many changes over the years, Microsoft has kept the SharePoint fires burning, which is now a key platform within the Microsoft 365 ecosystem. In a wide-ranging article about SharePoint architecture and the modern intranet, contributor James Robertson noted several ways the intranet has evolved to meet the needs of the current digital workplace.

In "Don't Talk Information Architecture When It Comes to SharePoint Online," Robertson examines how SharePoint moved from the rigid hierarchical structure to the more fluid current iteration and the design challenges such changes pose. Some of the key differences he notes include:

Robertson advises intranet designers throw out previous ideas of how to design intranets, separating the architecture and navigation into two distinct considerations. Only then can they deliver an intranet that supports the way we work today.