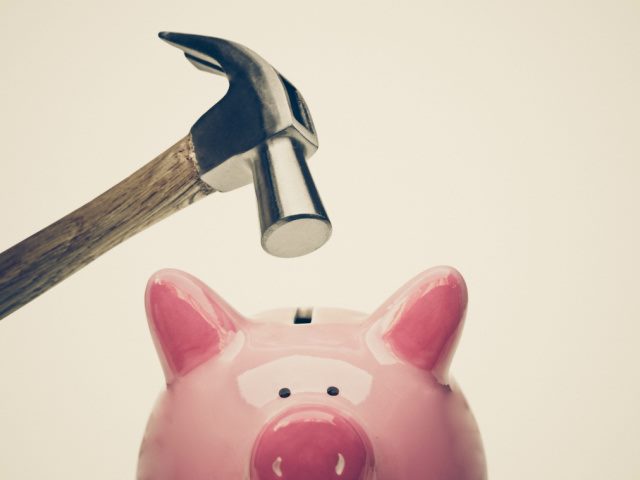 More workers would consider moving as long as their employers offered reasonable remote-work arrangements. At the same time, many companies are open to the idea of a distributed workforce. But there’s a rub. Employees aren’t willing to trade compensation for location. In other words: No pay cut as part of the arrangement.

A study by Robert Half, the staffing firm headquartered in Menlo Park, Calif., found that both businesses and employees are thinking a lot about relocation now that the COVID-19 pandemic has made remote work a more tangible idea. More than half of the workers surveyed (51%) said they’d consider moving to a different city if long-term remote work arrangements were in place.

Meanwhile, in a separate poll, HR managers suggested companies are open to the idea of employees working from anywhere. Fifty percent said their organization has allowed current staff to relocate temporarily, while 38% said their employer is supportive of permanent moves.

Over the summer, Facebook and Twitter got attention for their decisions to cut pay for employees who relocated beyond their San Francisco-area home turf. Other firms, like Reddit, said they’d keep pay the same for employees who decided to relocate.

Meanwhile, CNBC reported that 56% of tech professionals said they wouldn’t move if their pay was cut. That might sit just fine with employers, who increasingly like the idea of hiring workers from all over. Recruiters say that by adopting the idea of a widely dispersed workforce — specifically, getting comfortable with hiring the right employees from anywhere in the world and connecting them through videoconferencing and other collaboration technologies — employers gain access to a more dynamic pool of talent and can trim weaker employees from their headquarters locations.

Before the pandemic, a job’s location was a key factor in where people chose to live, said Paul McDonald, senior executive director at Robert Half. Now, however, their experience with working from home has led many workers to think about moving for reasons that have more to do with quality of life than strategic placement.

Workers like the idea of moving for several reasons: For 37%, it’s a change of scenery. For 22%, it’s a lower cost of living. Whatever their thinking, 75% of professionals wouldn’t be willing to take a pay cut in their current job if they moved, the Robert Half survey said.

That’s causing many companies to rethink their approach to pay. According to the HR managers, 74% of employers are determining salary for relocating staff by the company office location, but 23% are setting it by the employee’s new location. Only 3% haven’t made a decision yet.

The companies believe that as the economy recovers and businesses ramp up hiring of contingent workers, they’ll prioritize areas such as retention and diversity and inclusion. Machine learning, accurate data and intelligence will be necessary to address the pain points involved in sourcing the best candidates, they said.

Leveraging Eightfold’s technology, PRO said it will provide users with real-time capabilities for matching and ranking candidates. Customers will also be able to cut back on manual tasks and take advantage of a new user interface to compare job seekers side by side. Eightfold’s platform combines internal and public data to help employers predict future roles and identify validated skills, likely skills and missing skills in a bid to speed up the screening process.

The partnership’s about more than enhanced technical services. PRO CEO Kevin Akeroyd said a push by employers to shift more of their employees to contingent status presents “a huge opportunity” to take advantage of his company’s data in efforts to understand contingent workers.

Learning Technologies Group acquired Reflektive, an employee feedback and engagement tool, for about $14 million. The company will become a part of LTG’s PeopleFluent unit and integrate its solution with existing PeopleFluent talent management portfolio. LTG said the acquisition will bring over 450 new customers to PeopleFluent’s base, and will also provide its team with cross-selling and up-selling opportunities.

Multiverse, a UK-based corporate education marketplace, closed a $44 million Series B round led by General Catalyst. The funds will help the company’s effort to enter the U.S. market. It’s already set up an office in New York and plans to expand elsewhere in the country over the course of the year.

Machine learning startup Sana Labs raised $18 million in Series A funding in a round led by EQT Ventures. The firm offers an authoring tool customers can use to design courses and upload content against which it applies its machine learning technology. The Stockholm company’s customers include Novartis, PepsiCo and Mount Sinai.

Salesforce invested $15 million in Darwinbox, an Indian HR management platform. According to media reports, investing in a South Asian company is a rare move for Salesforce, and it’s not the largest investment. However, it’s worth noting given speculation around Salesforce’s interest in HR solutions. Darwinbox’s previous investors include Lightspeed India and Sequoia Capital India, and all told, the company has raised $35 million to date. Darwinbox provides tools for onboarding, performance management and retention.

SAP plans to integrate Microsoft Teams across its suite of enterprise solutions. SAP CEO Christian Klein said integrating Teams into its products will help the companies jointly determine the future of work and encourage growth of “the frictionless enterprise.” The companies are building new integrations between Microsoft Teams and SAP solutions like SuccessFactors, S/4HANA and SAP Customer Experience. The integrations are planned for delivery in mid-2021.

Workday announced a vaccine management solution that provides employers with information that can help protect the health and safety of both remote and on-site workers. The tool combines real-time HR data with immunization information, helping organizations to plan return-to-work scenarios, support well-being efforts and establish new operating models that can be implemented as vaccines become available. In addition, customers will be able to control and securely manage data and protect privacy.

The pandemic-spurred need for businesses to ramp up digital transformation and support remote workers will increase IT spending by 6.2% during 2021, to a total of $3.9 trillion. According to Gartner, spending dropped 3.2% in 2020 as CIOs prioritized “mission critical” technology and services. All IT spending segments should return to growth this year, Gartner said, with enterprise software seeing the strongest rebound (8.8%) as remote work environments are expanded and improved.

TMP Worldwide, the company behind recruitment marketing platform TalentBrew, has rebranded itself to “Radancy.” In a blog post, CEO Michelle Abbey said the company would fully integrate all of its business units to “simplify our story, eliminate brand confusion and take ownership of all that we do.”