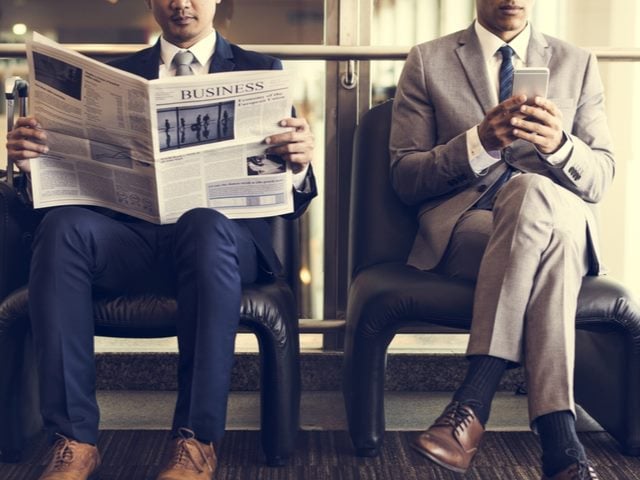 In anticipation of a long period of pandemic-driven remote working, San Jose, Calif.-based Zoom announced last week that its Zoom for Home offering is going to be integrated with several smart displays, including Amazon Echo Show, Portal from Facebook and Google Nest Hub Max. It seems Facebook was thinking along the same lines as the Menlo Park, Calif.-based company has announced new teleconferencing integrations.

Earlier this month, Facebook announced that its Workplace product on Portal will be getting apps from three of the four main teleconferencing companies, notably BlueJeans, GoToMeeting and Webex. Zoom is already on the way. According to a statement from the company, all the apps will be arriving in September for the Portal Mini, standard Portal and Portal+. Portal TV support is coming later.

Workplace can be used on Portal to call coworkers and receive screen shares during a call. Workplace Portal calls use Smart Camera and Smart Sound and allow users to call anyone within their Workplace instance or in a connected multi-company group.

According to the company, Portal as a dedicated screen for video calls makes it easier to be present with co-workers, freeing users to take notes or access more information on their computer. Regardless of how many people are on the call, Portal’s Smart Camera will keep the user in the frame while Smart Sound minimizes potentially distracting background noise.

More to the point, Facebook is going to push this hard as an enterprise as well as a home offering. While Workplace on Portal has helped people collaborate through meetings, Workplace Live streams, one-on-one meetings and more, all remotely, it is now adding ways to use Portal as a dedicated work device for calling workers and holding meetings.

To do that, in the coming weeks it will offer a way for users to log in to Portal through a free Workplace login. That way, workers can separate work and home accounts.

Since launching the platform in 2016, Facebook has continued to build Workplace to meet the needs of all types of workers. Its strategy is clearly working. Last October, the company announced that the number of paid customers using Workplace reached 3 million. As of the first quarter this year, that number exceeded 5 million.

In the future, the ability to feel connected even while workers are working apart or remotely, will be central to the way organizations grow their culture and get work done. As a result, the company says it is doubling down on its commitment to video presence with new features that accelerate its vision for the future of work.

Meanwhile, Facebook has also said it is rebranding the name of its augmented reality and virtual reality division to Facebook Reality Labs. The new division will encompass the company’s AR/VR products, notably the Oculus, Spark and Portal brands.

Facebook explained that FRL’s mission in the future is to build tools that help people feel connected anytime, anywhere. “Rather than distracting us and taking us away from the people around us, tomorrow’s AR and VR devices will melt away, letting us connect and be truly present with the people and moments that matter most,” the statement said.

In March 2014, Facebook acquired Oculus for $2.3 billion in cash and stock. Shortly afterwards, Oculus VR moved to Menlo Park, where Facebook headquarters are located. In 2018, Oculus VR became a division of Facebook Technologies and was tasked with developing Facebook’s AR and VR offerings.

Facebook has also announced that Oculus Connect, its annual virtual reality developer conference, will be renamed Facebook Connect and will be occurring entirely virtually on September 16.

Sticking with enterprise communications, new research from Portsmouth, N.H.-based PoliteMail shows that email is holding its ground despite the huge rise in the number of people using social networks and other unified communication tools to manage remote working.

In fact, research contained in its The State of Communications Summer 2020 report showed that 93% of the 350 corporate communicators surveyed in July said email is the most preferred channel for reaching employees, followed by virtual and video meetings (83%) and the corporate intranet (41%).

When it comes to the topics that employees want to hear about most, 80% of communicators said information on returning to the workplace was in highest demand.

PoliteMail is an enterprise email intelligence platform for Outlook and Office 365, which claims to have 27% of America’s largest business organizations as customers. The research also pointed out that many of the challenges that enterprises are facing with communications existed before the pandemic, but have been exacerbated.

The findings of the research are no surprise and clearly some of the bigger email vendors are aware of this, too. Google recently announced a dramatic revamp to its Gmail email service. This update is the first step in creating a true unified workplace for workers, providing the capability to manage as well as plan projects and chat with co-workers from one location. The reasoning behind it, of course, is that workers spend more time in their email accounts than they do anywhere else.

Transcribe converts speech (recorded directly in Word or from an uploaded audio file) to a text transcript with each speaker individually separated. After your conversation, interview or meeting, you can revisit parts of the recording by playing back the time-stamped audio and editing the transcription to make corrections. Users can save the full transcript as a Word document or insert snippets of it into existing documents.

The new release is available in the online version of Word, with other platforms launching later. In addition, Word is also getting new dictation features which allow uses to use their voice to format and edit text.

For the moment there is a five-hour limit per month for uploaded recordings and each uploaded recording is limited to 200 MB. Live recordings using Word online do not have this limit. English is currently the only language supported by the feature but Microsoft is working to support more languages.

While transcription of interviews is probably not high on the list of apps needed in the digital workplace, it will help with the digitization of voice data. Anyone that has ever had to transcribe meetings or documents from recordings will know how error-prone and time-consuming this is. Transcribe aims to remedy this by speeding up the process and – hopefully – taking out the human errors that haunt most data capture processes.

Companies manage three times as much data as they did five years ago which is why visibility into real-time analytics is critical for leaders to pivot their businesses quickly to keep pace with changing customer needs.

As a result, San Francisco-based Zendesk has launched Explore Enterprise, a real-time analytics tool that enables companies to make informed and faster decisions across support, sales, product and more to improve customers’ experiences. With Explore Enterprise, businesses can:

Explore Enterprise provides instant insight across Zendesk products including Support, Talk, Chat, Sell and Guide to provide a comprehensive, unified view of the customer. This includes information on how customers are using social messaging for support and which channels they prefer for communication. These learnings enable leaders to refine how they serve customers over channels such as Apple Business Chat, WhatsApp, Facebook Messenger and Twitter Direct Messages, among others. Zendesk Explore Enterprise is available starting August 31, 2020.

Finally this week, San Francisco-based Mural announced it raised $118 million in a Series B funding round. The visual collaboration startup provides a whiteboard-like digital environment that allows users to cooperate and brainstorm.

There are several investors but it is worth noting that one of them is Slack, which has a fund aimed at investing in tools such as Mural that encourage a new way of working. The latest investment follows from a smaller $23 million funding round in January.

According to a company statement, the Series B capital will enable Mural to expand adoption to new types of teams and use cases within enterprises; extend its go-to-market operations globally; accelerate development of new enterprise-ready features and deepen community engagement initiatives that support facilitators, design thinkers and agile experts.

The company also claims to have tripled annual revenue year over year, doubled headcount and added more than 1 million monthly active users around the world so far this year. Enterprises such as IBM, Autodesk, Intuit, GitHub and Atlassian each have thousands of Mural members collaborating via the product each month.