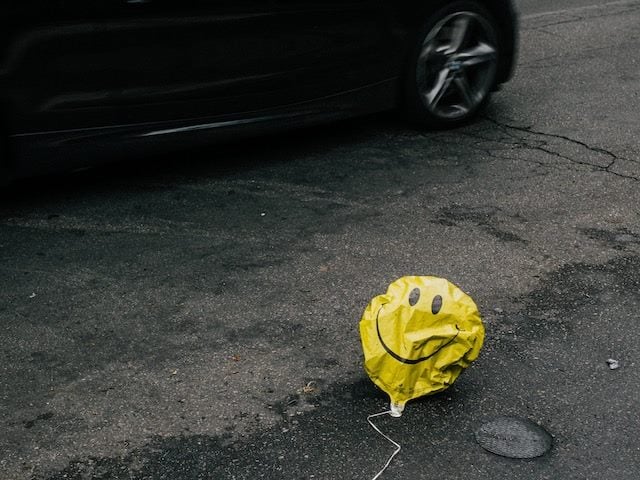 Over two years of upheaval, political strife, economic uncertainty and pandemic-related stress has taken its toll. This will likely surprise exactly no one, but Gallup's State of the Global Workplace: 2022 report throws it into stark relief.

The report, which is based on a survey of working adults in over 160 countries, found workers around the globe were struggling with burnout. Sixty-percent of respondents self-identified as emotionally detached at work and 19% are "downright miserable." Jon Clifton, CEO of Washington DC-based Gallup cited the following questions from the report in his introduction:

These figures are 46% to 83% higher than those of an engaged person. While globally, engagement and wellbeing increased by 1% each, the cumulative picture should serve as a call to action for leadership.

Some regions were in better shape than others. Workers in the U.S. and Canada specifically landed at number one for employee engagement and job opportunities and second in wellbeing and living comfortably. So although the region was also near the top for worry and stress, and saw a 1% drop in employee engagement from 2020 to 2021, comparatively speaking, it could be worse.

A portion of the world's employees are thriving, with 33% reporting such, a one-percentage-point rise and the fourth year that such an improvement was noted. What do these workers who are thriving have in common? They "report being treated with respect all day" and they smile and laugh at work a lot.

So what should business leaders take away from all of these fluctuations in percentage points? A glimpse at some of the questions which establish employee engagement could give a clue as to where leaders can tip the scales: I know what is expected of me at work; I have the materials and equipment I need to do my work right; I have the opportunity to do what I do best every day; I have received praised or recognition for doing good work in the last seven days; the mission or purpose of my company makes me feel my job is important.

If improving the daily lives of workers alone isn't a compelling enough reason to take action, there is this from the report: "business units with engaged workers have 23% higher profit compared with business units with miserable workers."

Video calling and meetings emerged as one of the key technologies that enabled remote working over the last few years. While Teams, Slack and, to a lesser extent, Google Meet have dominated discussions around these tools, Cisco’s Webex has been a solid presence in the market long before the pandemic.

This week at Cisco Live, the San Jose, Calif.-based company announced a number of updates to Webex along with a few other additions aimed at making hybrid work easier.

The major additions focused on the Webex Suite, with two upgrades coming to Webex Calling designed to improve the quality of calls. The first is site survivability, which puts an end to dropped calls. With it, users can make and receive PSTN calls through the enhanced Webex Control Hub. The second is aimed at reducing background noise with a single click in the Webex app or on supported devices with Audio Intelligence driven by AI.

While these look to enhance communications between individual users, the introduction of Webex Room Bar is geared towards the organization as a whole. The company cited a study carried out for Cisco by Dimensional Research as a driver of the new functionality. The survey found 95% of workers experience video fatigue when confronted with video calling exclusively through computers or laptops.

Cisco's answer to this, the Webex Room Bar, uses the Webex Suite AI capabilities to frame all participants on a video call while removing background noises. Because the company has adopted third-party video interoperability, Zoom, Teams and Google Meet customers can use the Room Bar functionality too.

One other release worth mentioning is the new video desk phone — Cisco Video Phone 8875 — that allows Webex users to hold phone calls and video meetings as well as connect to their Webex Suite profile, settings and calendar.

Webex Calling’s audio intelligence enhancements will go live this summer. Pricing for the Webex Suite starts at $11.95 per person a month.

Elsewhere, automation platform provider Workato published new research based on its customer base to show exactly how companies are using automation. Based on an analysis of the applications and automations that 900 mid- to enterprise-size Workato customers used from February 2021 through January 2022, the Mountain View, Calif.-based company found that:

Granted, this is just a snapshot of one automation company's customers, but if we're to read more generally into the results it seems like automation is becoming a global opportunity. The report includes regional data showing growth across organizations in EMEA and APJ (Asia-Pacific-Japan). In EMEA, growth in automations for processes like insights and analytics grew 403% in the past year, as well as in financial processes like record-to-report, and in IT operations. For APJ, financial automations boomed, with record-to-report growing 569% in the past year, and procure-to-pay growing 514%.

The report reflects the changing role of IT, as IT-led automations have dropped, while other departments' adoption has picked up. IT automations accounted for only 25% of automated processes this year, down from nearly 40% last year. The report sees this as an opportunity for IT, to go from creators of automations to strategic partners.

Unstructured data remains one of the most under-exploited assets in the enterprise. Over the years, vendors have invested heavily to build tools and platforms that can turn that data into something that is usable.

Think about the amount of data created from the online meetings of the last two years alone and the potential it might hold for organizations. Add to that the email, instant message threads, meeting notes from video calls, comments and even voice data that goes largely ignored. This data could be used to avoid problems like work duplication or ensuring business goals are better defined and met.

The new feature out of Santa Clara, Calif.-based Wrike uses AI to tackle unstructured data. The new AI Subtask Creation extracts key action items from user-selected text and turns them into subtasks to assign and distribute in a team’s workflow.

Wrike's natural language processing (NLP)-based technology builds up a list of subtasks and adds them to a main task which can then be manually edited or deleted according to needs.

Citrix, in turn, announced earlier this year it was being acquired by Vista Equity Partners and Evergreen Coast Capital for $16.5 billion.

Finally this week, San Francisco-based Fountain, which develops an applicant tracking system (ATS) for high volume hiring, announced it has extended its November 2021 Series C round by $100 million to a total of $185 million.

An ATS enables the electronic handling of recruitment and hiring needs. Any tool that can ease the recruitment process is going to be valuable to HR departments in the current hiring climate.

In a blog post related to the funding round, the company shared its plans to increase its presence in Australia, France, Germany, India, Italy and the Netherlands, including development of new features to specifically serve these regions.

In an emailed interview with TechCrunch, Fountain CEO Sean Behr noted that in spite of nearly 70% of the global workforce being hourly workers, most hiring software was designed for hiring more corporate positions. As the gig and service economy exploded, the legacy ATS companies failed to evolve with it. This is where Fountain found its niche.