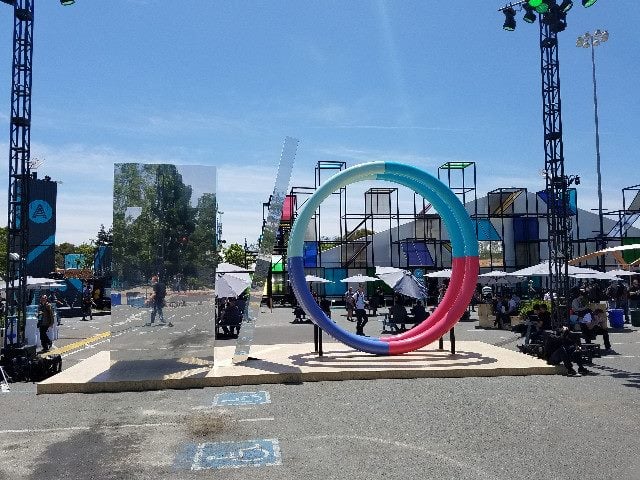 Google’s I/O 2021 keynote has revealed that the company is launching a slew of new features for its Workspace productivity suite. Starting with a tagging feature called “smart chips'' that connects Google Docs to other products, you can tag people with an @ symbol. This will create specialized links inside docs that reference other files or meetings. It would be safe to infer that Google is working to make every single part of its Workspace suite of apps interconnected. As it continues to expand the integration of Workspace, users will be able to start a Meet video chat directly within Docs or share your Doc directly into a Meet call with a button in the doc.

Other small updates include: emoji reactions in Google Docs in addition to traditional comments, a new timeline view in Google Sheets for improved project management, and best of all: a new “pageless” view in Google Docs that does away with the assumption that your document is meant for an 8.5 x 11 piece of paper. It dynamically resizes the doc to the size of your web browser the way a web app ought to, reported The Verge.

Smart objects — called chips — are linked to other parts of Google’s office suite. Initially, the smart chips will only connect with other documents, contacts, and meetings. Users can hover their mouse over the litem will show a box with relevant information you can interact with.

To insert a chip, Google relies on familiar punctuation that has become closely associated with direct interaction: the @ tag. When users type an @ symbol into Google Docs, a menu will show a list of list elements, which can then be narrowed down to the desired selection. Pressing Enter will create the smart chip. Linking to another document or sheet enables users to scroll through the document inline within the resizeable hover box. Smart chips work with a variety of document types in Google Drive, which includes Microsoft Office docs.

Google says that smart chips will also come to Google Sheets “in the coming months.”

Pageless View, Timelines, and Other Features

The pageless format in Google Docs does away with the concept of a “page break” while making the text flow smoothly no matter the width of the browser window.

There is a new timeline view within Google Sheets that can be used to track multiple overlapping tasks. Sheets will also feature improvements for auto-suggesting formulas, as well as offer better troubleshooting for broken ones.

Integrations with Google Meet include: Docs, Sheets, and Slides. These will let you present from them directly into a meeting screen-sharing options. Later this fall, all three will integrate Meet directly, which will allow users to start a meeting directly within a document tab.

Other new features include the option to leave an emoji reaction on a paragraph instead of leaving a comment, and one more squiggly underline to go along with red for misspellings and green for grammar: purple for style. Google Docs will be able to make suggestions about different kinds of writing style issues, such as suggesting inclusive language like “delivery person” for “mailman” and underlining swear words.