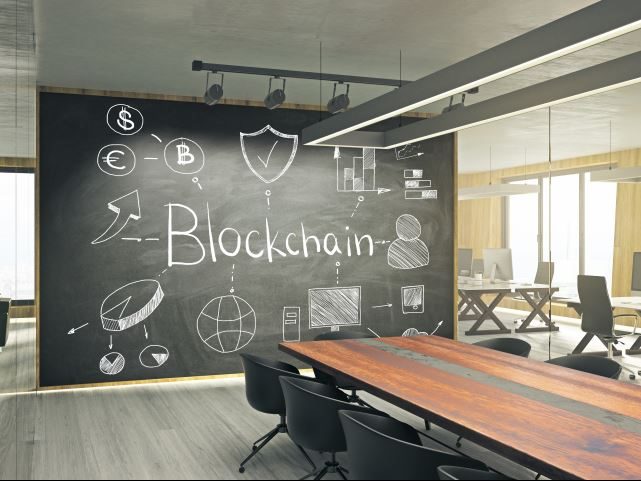 How Blockchain Is Progressing in the Workplace

Last week, India-based Tanla Platforms launched a new communications platform-as-a-service (CPaaS) with Microsoft (Microsoft is the development partner who architected and built this platform for Tanla). Any new communication platform entering the market is interesting, but this one had an added attraction — it is blockchain-enabled and built on Microsoft Azure. Called Wisely, the new platform offers a global edge-to-edge network that delivers private, secure, and trusted communication experiences.

Blockchain in the Workplace

While there is some discussion as to how widespread its use is, there does appear to be general agreement that blockchain has become widely accepted in the enterprise outside of its direct financial role. Ivan Kot is solution consultant focusing on business development in various verticals at Itransition, a Denver-based software development company.

He argues that the technology is already an integral part of digital transformation plans for many organizations. As large blockchain projects continue to transform the financial industry slowly but surely, he said we can expect other industries to catch up. Healthcare institutions, for example, are starting to implement blockchain-based data storages on a wider scale.

It is apparent, there are issues about the lack of engagement in the blockchain realm. Considering all the advantages that blockchain can bring to any sector where data storage is integral, the rate of its adoption is still very low. “Executives continue to cite regulatory uncertainty and lack of trust in the technology as the main factors hindering the adoption,” he said. “While adjusting regulatory frameworks will take an undefined amount of time, companies will most likely continue experimenting with blockchain for their internal applications. But the global adoption of blockchain in the digital workplace is not just hearsay.

The most significant evidence behind this claim is Deloitte’s global blockchain survey conducted in 2020, which showed impressive progress compared to the study conducted in 2019, Michael Garbade, founder of Ledu Education Ecosystem, and ex-business finance manager at Amazon, said. The survey was conducted among heads of organizations from 14 different countries who had good knowledge about blockchain and distributed ledger technology.

The survey showed the growing significance of blockchain among CEOs. Organizations believe that blockchain is now a core aspect to stay competitive in the market, as claimed by 83% of the answers in the survey. 55% of respondents claimed that blockchain is necessary for future growth compared to 53% in 2019. Simultaneously, 66% of the survey participants hinted at investments of $1 million for blockchain adoption during the next 12 months. From 2019 to 2020, the number of organizations that have introduced blockchain has almost doubled. .

These stats show high traction of blockchain in recent times and a progressive adaptability rate for the future. He pointed out that at this blockchain is now being used for financial infrastructure to help with global money transfers. Other important and current use cases of blockchain include title transfer and protection, secure sharing for patient medical data, and a more efficient voting system. Blockchain is also being used to track and manage shipping systems. Most importantly, state governments are using the technology for securing classified documents and making accountability more efficient.

But blockchain is much more than just cryptocurrency, it is also about trust, immutability, security and deep implications in business across the workplace. This has been driven by the emergence of technologies and products that have become popular in recent years, especially since the COVID-19 pandemic and huge increase in remote work, including technologies that enable decentralized storage, mobile browsers and decentralized finance.

Some Blockchain companies are transforming their businesses to be more B2B-focused and increase their profitability, Solange Gueiros, a blockchain instructor at the Develop Intelligence, a Pluralsight Company, told us, for example, Metamaskand Consensys, launched an enterprise version to attract institutional investors. This type of transformation paves the way for general adoption of Blockchain.

Growth in the popularity of DeFi — decentralized finance — will also help drive general adoption of blockchain. There was a large offer of products with varying degrees of risk exposure, simple and easy to access. Additionally, tokenization has many applications, such as infungible tokens in art markets and representations of money in a digital way, which became essential in an internet world. “The majority of businesses are online now, so digital asset custody is important, too. It means blockchain for finance and global commerce,” she said.

While a number of problems associated with blockchain are cited as the reason why global adoption is slow — security infrastructure, scalability — interoperability and privacy are core themes for general adoption. “We cannot rely on a single blockchain model to serve all businesses,” she said. “But it is important that they have the ability to communicate with each other and that they meet the demands of transactions quickly and efficiently, with low costs."

“In the future, the Blockchain will be used in the same way that we use the internet: it is part of our daily lives without our being consciously aware of it."

The last year has been monumental for the blockchain sector, especially regarding financial markets. Yet, while the price of Bitcoin (BTC) reached new all-time highs, the enterprise blockchain space also welcomed in public networks, open-source code and a number of other elements not seen in previous years defined by private, closed networks.