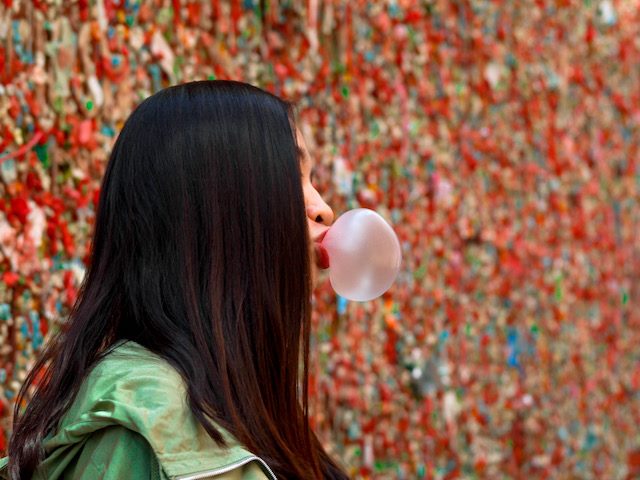 The general consensus appears to be that remote and hybrid work models are the way of the future (and the present). Clearly both offer many advantages, but recent research from Milton Keynes, UK-based employee engagement platform WorkBuzz indicates they might not be a fit for every organization.

While the findings of the company's The State of Employee Engagement (registration required) which came out this week won't be new to anyone thats been following this topic, the report pulls the different strands together into a bigger picture view worth exploring.

While the report acknowledges the clear benefits of these models, one of the major impacts they are having is the dilution of the human connection between workers, and how they feel about their role in the organization and the organization in general.

The survey was based on insights from more than 400 clients and research from over 300 HR professionals. It found the majority of office-based employees spend two to three days a week in the office and only 3% of organizations are now fully remote. A lack of connections and relationships with colleagues can result in less collaboration between workers and teams, which leads to less effective teamwork and lower engagement.

It also found the decision as to where workers accomplish their work is based on the task at hand, which has resulted in the emergence of a two-tier work culture that is raising problems.

The research also found that hybrid and remote work models encourage ‘presenteesim’, the feeling amongst workers that they should always been logged-in and available to take calls and respond to emails. This, the report shows, can have a negative impact on well-being and, by extent, engagement. What the report fails to address is whether this push for performative productivity is being driven by employees themselves or poor management decisions.

“A lack of human connection, fewer learning opportunities, the expectation to be ‘always on', and the risks of a two-tier culture, needs to be balanced with the benefits of hybrid,” the report reads.

The other major finding was that remote working has had a negative impact on training and on the job learning, something that is particularly damaging for new hires and team development.

What is clear from the report is that many of the identified problems have management-driven solutions which can be overcome by developing stronger remote/hybrid work strategies. Unmanaged and left to fester, the negative impact on workers’ engagement could be devastating.

The question of how big a physical office footprint organizations need today remains unanswered for many companies.

To help organization leaders address this problem, Santa Clara-Calif.-based ServiceNow added three new solutions to its platform that enable organizations to make smarter decisions around workspace planning and investment. The solutions include:

A new addition to Service Mapping Plus, the tool uses machine learning to analyze an organization’s network traffic to identify what is happening across the IT infrastructure. When Automated Service Suggestions notes a problem, it suggests entry points for new services into the infrastructure or business processes. The aim is to enable IT departments to more quickly and easily optimize infrastructure and middleware.

Service Request Playbook, which is built into ServiceNow Public Sector Digital Services, aims to digitize and automate the service request process. It is designed to help government workers and the public they serve more easily enter and track requests.

As part of Workplace Service Delivery, Workplace Scenario Planning helps organizations design and optimize their existing office space and utilities. It can assess whether a given space is being used effectively or not. With it, planners can design, compare and experiment with various space allocation through a visual drag and drop interface. While it will also make the spaces more collaborative, it can also offer organizations insights into how much office space they need.

One of problems for organizations with the emergence of hybrid and remote work is how to manage their office space. With real estate taking up a major chunk of company resources, this could help to not only design better workspaces, but also provide savings for enterprises by identifying where to cut back on space.

A recent Gartner survey on CFO investment priorities found 45% of respondents said they will decrease spending on real estate. However, this is easier said than done.

As leaders look to save on real estate, they need to strategically balance what is good for the business with what is good for employees. This requires data. When organizations understand how employees use office space, they can make better decisions about which floors are open, which buildings are used, and what the space employees use should look like. These updates are designed to inform those decisions.

The success of a workplace is in part dependent on the tools an organization provides its employees. And in many cases, Microsoft Teams is the tool on offer.

Given the crowded collaboration space — which includes Slack, Google Workspace, Atlassian’s Confluence and more — Microsoft has been updating Teams on a regular basis to keep users active and interested in the platform.

One way it has done this is by reducing latency. Although an ongoing process, Jeff Chen, a Microsoft principal group program manager for Teams, wrote a recent blog post to announce that Teams is now more than 30% faster when switching between chat and channel threads.

He wrote that these performance improvements are directly related to the upgraded Teams framework, which makes the HTML tree faster, as well as increasing the efficiency of running JavaScript and serializing arrays.

“The most common action for a user in Teams is to switch between different chats, channels, and activity feeds,” Chen wrote. “Over the past two years, switching between chat threads is now 32% faster, switching between channels is 39% faster. This leads to a more fluid experience that will keep you in the flow.”

In February, it also claimed that that Teams now comes with drastically reduced power requirements in meetings, using up to 50% less power during energy-intensive scenarios in video meetings between more than 10 participants.

Three companies continue to dominate the cloud computing market, which is in turn driving many of the developments in the workplace. Figures released this week by Synergy Research show that Amazon Web Services, Microsoft Azure and Google Cloud captured 76% of the U.S. cloud market in the three-month period ending Sept. 30.

While the leader board remains the same, there are signs that things are starting to slow down. Take Microsoft, for example. While its cloud business including Azure continued its inexorable growth, the rate of growth slowed down. While it reported recent earnings of $20.3 billion in Q1 2023, its growth is down 11% when compared with the same period last year.

Google for its part reported $6.9 billion in revenue from Google Cloud at the end of September (Q3), which was up 37% year over year. However, this is down from the 45% year over year for the same quarter last year. Its cloud business also lost $700 million this quarter.

It is worth noting here that, according to Synergy, some of the smaller cloud providers have seen rapid growth, most notably Snowflake and MongoDB, the latter via its PaaS offering. Oracle has seen a boost in its cloud growth rate this quarter as well.

The U.S. cloud infrastructure market is faring better than outside the U.S., where inflation, the effects of a strong dollar and other problems have hit enterprise spending. Globally, cloud spending only grew by 24% year over year, according to the research.

Alation develops enterprise data intelligence solutions, including data search and discovery, data governance, and analytics, and products to enable digital transformation. According to a statement from the company, it will use the money to increase the development of new products as well as buying companies to expand its multi-tenant SaaS offering, which has been deployed by 450 enterprises. It also plans to expand its global workforce.

Alation tackles one of the biggest challenges facing enterprises now. Enterprises continue to collect data at a rapid pace and volume. But that data is only useable if it can be transformed into insights, which is where data intelligence platforms enter.

“As companies continue their digital transformations, capturing and interpreting high-quality data is critical for decision-making and delivering stakeholder value,” Robert (Tre) Sayle, a partner at Thoma Bravo, said in the statement. “Data intelligence is a high-growth market and Satyen [Sangani, CEO and co-founder, Alation] and his talented team have built a leading platform trusted by enterprises”

Alation was founded in 2012 and has raised $315 million to date, according to Crunchbase.