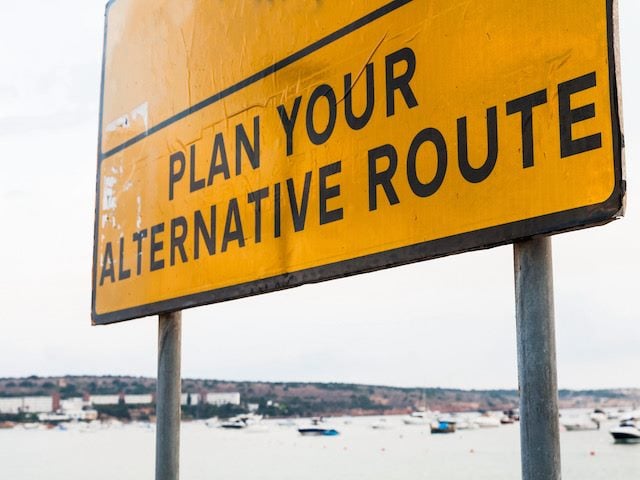 Around the same time the web was first taking off, and long before SharePoint, there were dedicated tools for creating intranets. As early as 1996, Netscape was making a pitch for this space (hoping to oust Lotus Notes for those with long memories!). And even though SharePoint eventually came to dominate, some of the early pioneers live on, including Orchid Soft in the UK (now Oak) and Intranet Dashboard from Australia (now GreenOrbit).

Unfortunately these independent options faded from consciousness as IT teams started to standardize around Microsoft’s offering, and particularly as Office 365 grew, many potential buyers have been missing a trick.

A New Wave of Intranet Options

My company, ClearBox Consulting, has been researching and comparing independent intranets over the last year for a new buyer’s guide and it has been striking to see some of the opportunities that stepping away from a SharePoint base opens up. You may have heard of tools like Unily, Igloo and LumApps, but there are many more.

We also see a growing interest from intranet owners and investors in this space. My hunch is that practitioners have seen Teams take over some of the interface roles that SharePoint used to do and are asking themselves: if SharePoint is just the data store and we use something else for the front end, does it have to be from Microsoft at all?

Why Look Beyond SharePoint?

My clients sometimes tell me they plan to use SharePoint because they already have licenses, so it is "free." Although it's possible to build a great intranet on SharePoint, the fact is that many organizations struggle. Even with modern SharePoint, where much can be done just through configuration, the task requires some serious skills. This often leads companies to buy an in-a-box product to plug the gap, and the costs end up being comparable to the independent intranet alternatives.

This highlights what I see as the next battleground for intranets: the content publisher and admin experience. Pretty much all intranets, including modern SharePoint, can create some beautiful-looking pages for people who are just consuming content. But intranets are not like a web CMS. In most cases content ownership is federated across the organization — perhaps 10% of all users might be publishers, and for some the ideal is that all employees are both producers and consumers of content. I’ve been really struck by just how easy the publisher and admin experience is on some independent intranet platforms. Options that would be scattered across SharePoint web parts, site settings and the Azure AD admin panel are neatly brought together into a coherent, searchable console in tools such as Happeo and Invotra.

On the front-end too, several of the intranet platforms we looked at offer more flexible and innovative interface options. Embrace Workspace, for example, is strongly driven by activity feeds; ThoughtFarmer’s navigation dynamically adapts to the content chosen. Social interactions such as commenting, sharing and communities are woven throughout all elements in platforms like Squiz and Communifire, rather than being bolted-on as Yammer is with SharePoint. The mobile experience is also stronger than SharePoint’s app, which while improving, still makes it hard for internal communicators to create a well-managed employee experience. Engage from Sorce, for example, lets you set a different order of page widgets for mobile screens and supports enrollment by QR code for users without an email account.

Related Article: Is Your Intranet Lost in the Fog?

Integration Can Be a Stumbling Block

Not all is rosy in stepping away from the SharePoint world, however. For one thing, independent intranets are not trying to be document collaboration systems in the way that Teams and SharePoint are. Many companies that opt for an alternative will still run Microsoft 365 alongside, they just don’t use SharePoint communication or hub sites for published content.

This can make search tricky, as most users want a single enterprise search box to find a policy document, whether it's published in the legal department’s intranet or shared on their team site. That said, few companies have all corporate content in the Microsoft world, and many independent vendors adapt powerful enterprise search tools such as Elastic and Solr that can support a wide range of connectors to other sources including SAP and Workday.

Intranet integration is also desirable for companies now heavily reliant on Microsoft Teams. Many want to embed the intranet home page in the Teams tool bar (possible with multiple SharePoint in-a-box products, and promised in Microsoft’s upcoming ‘SharePoint App Bar’ too). Very few of the independent intranets currently interplay well with Teams, though some, such as Colibo can post simultaneously into intranet workgroup pages and a Teams channel (which is more than SharePoint can do).

Finally, multi-lingual support is far from a given with independent intranets. A few, such as LumApps and IntelliEnterprise do this well, but many are aimed at small-to-medium enterprises where demand is less, or use Google translate on the page to satisfy the occasional use case.

Related Article: Not So Open Any More: Elasticsearch Relicensing and Implications for Open Source Search

Even With Office 365 There Are Decisions to Make

It may be surprising to learn that an increasing number of companies are choosing to buy an independent intranet when they already have SharePoint licenses. In most cases, they just want the intranet to publish a document in a SharePoint library and that will work just fine.

Some are driven by a desire for a particular UX and a wish to avoid extensive SharePoint customization. Others want to extend digital communications to their frontline workforce. Deploying SharePoint to thousands of hourly workers can lead to steep licensing costs. Several independent intranets have no such per-user licensing model. Plus they have thought through the intricacies of easy enrollment when your employee doesn’t have a work email or phone number, much like the employee apps I covered a few months ago.

But most organizations are looking at the total cost of ownership and deciding that an alternative intranet might just work out to be cheaper too. It’s not about the up-front cost of development, but the ongoing cost of achieving intranet aspirations: a platform that people find easy and pleasant to use, one where they can publish without training and support, and where the social element boosts regular usage.