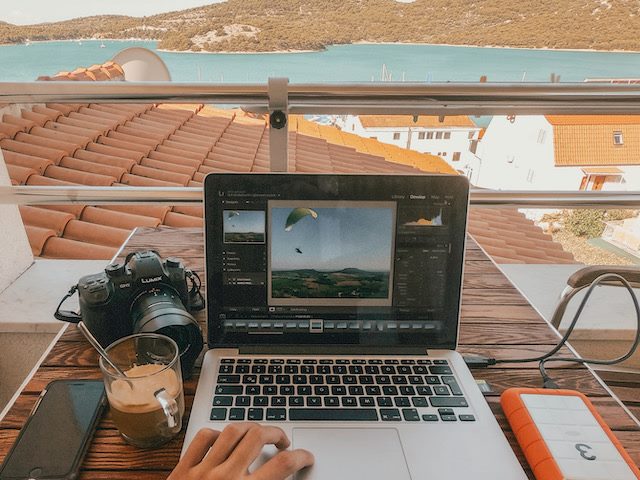 The return to the office is well under way, whether through a hybrid working model or a full-time return to a central workplace. Up until now, management has led most of the discussions around the topic.

However, recent findings in McKinsey’s American Opportunity Survey looks at it from the employee point of view, exploring how many people are offered the option to work from home, who works flexibly and how those people feel about it.

The findings were based on a survey of 25,000 Americans carried out by McKinsey with the market-research firm Ipsos in spring 2022. There are two headline figures in this, the third edition of the report:

One of the most striking findings was the inclusion of workers from all sectors and areas of the country in that 58% of people who could work from home one day a week, including many blue-collar jobs which are traditionally seen as on-site jobs.

It appears that remote working has spread from the digital workplace into the general workforce.

"After more than two years of observing remote work and predicting that flexible working would endure after the acute phases of the COVID-19 pandemic, we view these data as a confirmation that there has been a major shift in the working world and in society itself,” the report reads.

"We did not ask about flexible work in our American Opportunity Survey in past years, but an array of other studies indicate that flexible working has grown by anywhere from a third to tenfold since 2019."

There are clearly exceptions though. The research also showed that 41% of employed respondents do not have the choice to work from home. The report didn't directly explain why this was the case, but speculated that it might be because employers may not actually want to work at home, or may not be able to accomplish their work remotely either. Other findings worth noting include:

When it came to the so-called knowledge workers, the research found that while most industries support some flexibility, digital innovators demand it.

The report noted the opportunity to work flexibly differed by industry and role within industries and has implications for companies competing for talent. The majority of employed people in computer and mathematical occupations reported having remote-work options, and 77% reported being willing to work fully remotely.

The array of professions offering remote working is surprising. Half of respondents working in educational instruction and library occupations and 45% of healthcare practitioners and workers in technical occupations say they do some remote work.

The report offers an in-depth look for any company wrestling with the remote work conundrum, which is a good thing as the research is yet one more confirmation that remote and hybrid work is here to stay.

Automation has been one of the big digital workplace enablers in recent years, and vendors with ambitions in the digital workplace have quickly gotten in on the act. Salesforce has figured strongly in many enterprises in this respect, in part through its 2018 acquisition of the API integration vendor MuleSoft.

This week, at MuleSoft CONNECT, the company introduced the new generation of MuleSoft. The company will move beyond its API management platform roots into offering a way of managing workflow automation and integration.

Specifically, the upgraded MuleSoft now includes no-code capabilities to automate repetitive manual tasks using bots with and to quickly connect data from any of the data heavy systems across the workplace. The objective is to enable technical and non-technical teams alike to adapt to constant change and business complexity quickly and easily through automation.

“As an integral part of Salesforce Customer 360, MuleSoft helps companies integrate complex systems and data, while expanding the universe of people who can use automation across any system or workflow,” said MuleSoft chief product officer Shaun Clowes in a statement.

Earlier this month, MuleSoft released new research showing that more than 90% of CIOs and IT decision-makers have seen a rise in demand over the last two years for timesaving automation from business teams.

However, the all-digital, work-from-anywhere world has increased the number of systems and data companies must manage and connect, creating integration roadblocks to automation progress. In addition, when companies look to implement new methods or business requirements change, 96% find it difficult to modify existing processes.

The new MuleSoft RPA aims to solve this problem by:

While automation has seen a surge in interest over the past couple of years in particular, it is likely to only grow in importance as the impact of recent turmoil in Ukraine and global inflation forces companies to look towards cost-saving measures.

The MuleSoft survey also found nearly all (96%) respondents saw modifying and rebuilding automations as a challenge as systems and business requirements change while 80% said restructuring existing application and data landscapes to support automation would likely compound their organization’s technical debt.

As a result, companies are turning to automation more than ever to drive immediate value across all parts of the business, from technical to non-technical departments like sales, customer service, marketing and commerce. This is where the new MuleSoft fits in.

Elsewhere, Mountain View, Calif.-based Google continues to quietly develop Workspace and build it into something akin to Office, albeit a cheaper version of it. Two recent improvements continue Google’s efforts to make it compatible with Office documents and formats.

Google has now taken another step and is enabling Workspace and Gmail users the ability to work offline with Office files on desktops using web apps.

The result is users get all the collaboration benefits of Microsoft Office files in Google Workspace. In practical terms, it means even when your device is offline, you can continue to edit, comment and collaborate on all kinds of documents.

According to Google, the gradual rollout already started on June 27, 2022 and is available to all Google Workspace customers, as well as legacy G Suite Basic and Business customers.

The other notable piece of news here is that following the introduction of a new, integrated view for Gmail earlier this year that moved critical applications like Gmail, Chat and Meet into one unified location, Google is now introducing an opt-out possibility.

In a blog post about the addition, Google explained: "Beginning today, we are rolling out the opt-out experience to a segment of Gmail users. This means that select users will see the new Gmail experience by default, but they will still have the option to revert to classic Gmail via the settings menu."

While the opt-out element will no doubt be welcome for some people, the fact the company has announced it now means the new version is slowly being released, making it possible to switch between inbox, important conversations, and join meetings without having to switch between tabs or open a new window.

Google has been promising to make Gmail a single-place to work for its users for a long time. This release, however slow in coming, is another step in that direction.

Finally this week, Cork, Ireland-based Workvivo announced a successful $22 million Series B funding round to fuel the next stage of its development. The new funding more than triples the value of the employee communications company.

The company's centralized communications hub gives employees a place to share, post, comment and even podcast or live stream. The platform also provides access to other key workplace tools through strong integrations with Zoom, Slack, Microsoft Teams and Google Workspace.

Since 2020, the company’s team has grown by six and now numbers 123 people in Boston and Ireland, according to the company.

It also claims to have 300 customer organizations with between 100 and 100,000 employees in more than 90 countries. Clients include Amazon, VMware, Cubic Telcom, Bupa and Netgear.