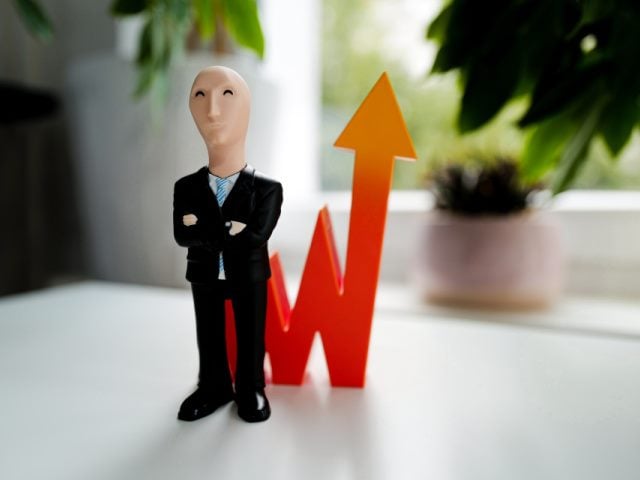 If the importance of the new Microsoft 365 pricing to Redmond, Wash.-based Microsoft was unclear, a quick look at the company's share price earlier this week should have cleared it all up.

After the software giant announced late last week that it is bumping the price of the productivity suite next year – a move the company says is the first substantial increase since the original launch of Office 365 – Microsoft's share price closed at $304.65, giving the company a valuation of around $2.3 trillion.

The price has pulled back slightly since, but it's certain no one at Microsoft is losing much sleep about that. Overall, Microsoft shares are up 37% for the year, while Mountain View, Calif.-based Google has recorded gains of around 60% since the beginning of the year.

The price rise has been in the cards for a while and reflects the growing functionality across the suite, as well as its growing traction in the enterprise. Since its launch, Office 365 has grown to more than 300 million commercial paid seats, according to Jared Spataro, corporate vice president for Microsoft 365.

"Along the way, we have continuously re-invested to meet the changing needs of our customers," he wrote in a blog post. "Four years ago, we introduced Microsoft 365 to bring together the best of Office, Windows, and Enterprise Mobility and Security (EMS)."

The pricing changes will go into effect in six months. Starting March 2022, the per-user pricing for the commercial products will be:

These increases will apply globally, with local market adjustments for certain regions, and there will be no change in price for education and consumer products.

Atlassian, the company behind a suite of applications popular with software developers and project managers, has also been looking at its pricing. The Sydney, Australia-based company announced that it has added a new pricing tier for Trello, its collaboration and workflow management tool.

Organizations that found the price jump between the free edition to the Business Class edition just a little bit steep will find much to like. Called Standard, the new tier is specifically aimed at small organizations and costs $5 per user per month if paid up front, or $6 per user per month on a monthly basis.

There’s other good stuff, too. Those that decide to upgrade from the free edition to Standard will also be able to take advantage of unlimited boards and increased automation capabilities to save time and boost productivity. The new automation features will enable users to cut down on tedious and repetitive tasks and take advantage of Trello’s built-in workflow automation. Premium will also enable organizations to coordinate and manage work beyond the boards and across the Trello dashboard, timeline, table, calendar and map views.

Also worth noting is that users who have signed up for the new tier will receive unlimited boards in Trello as well as unlimited storage, although there is a 250 MB file limit. They'll also be permitted 1,000 Butler automation command runs per month per workspace, along with advanced checklists.

However, organizations are under no obligation and can still sign up for the free tier, which now features unlimited Power Ups as well as custom background and stickers. There are still some limits, however. There are only 10 boards per workspace and files in the "unlimited" storage are limited to 10 MB.

This is just the latest addition to Trello and follows on from the redesign it announced last February. That saw the addition of major features to help businesses better manage third-party integrations, as well as new customizable cards and the ability to access workloads beyond the core whiteboard view. The changes come after a year in which Trello saw its user base rise to 50 million sign-ups.

When the COVID pandemic emerged last year, most UC providers had already set up their stall as the main providers of communications inside the enterprise as well as outside, with many offering some kind of video communication. However, when the major tech companies started upgrading their offerings, as Microsoft did with Teams and Google with Hangouts, and many organizations turned to flexible newcomers like Zoom, UC providers had to up their game.

RingCentral has always been one of the more reactive providers and these upgrades continue in that vein. Nat Natarajan, executive vice president of products and engineering at RingCentral, explained in a statement that digital workplaces are now moving from a pandemic which challenged organizations' basic ability to keep their people connected to a new era of organizational transformation that requires highly integrated immersive video with team messaging and robust phone capabilities.

To do that, it is adding new features, which it calls Add-ins, to connect with popular third-party applications and developer tools, from streamlining signatures to capturing engineering tasks, so customers can have an interactive app experience directly within their messaging app without toggling between multiple screens and applications.

Along with more than 250 apps in RingCentral’s App Gallery, there will be new Add-in apps from Akazio, Asana, BugSnag, DocuSign, Github, Hubspot, Jira, Keeper AI, Prodoscore, RingClone and Trello. The majority of the initial set of Add-ins will be built by RingCentral Labs.

There will also be new immersive video enhancements aimed at improving in-meeting experiences, including:

Breakout rooms will be generally available in September 2021, while the new presentation modes, touch-up appearance capability and auto-framing will be available by the end of the year.

Lake Forest, Calif.-based Toshiba America Business Solutions announced the release of the Elevate Sky (ES) platform which brings together a bunch of third-party cloud-enabled systems, software and services including print, document and printer fleet management, workflow and beyond.

Collectively, ES enables users to manage devices and content entirely in the cloud. While Toshiba has applied cloud technology across its entire portfolio for years, the ES platform aligns those capabilities within one platform with the goal of making the transition to cloud easier and more successful for dealers and end-users alike. It also enables seamless connectivity from on-premises hardware to the cloud to ensure secure interactions between physical documents and digital workflows.

There are three main offerings here:

Finally, Leapwork, the Copenhagen-based company whose core product is a low-code process automation platform, announced that it has raised $62 million in the largest ever Series B funding round in Danish history. The round was co-led by global investment firms KKR and Salesforce Ventures. The company's valuation now stands at $312 million.

In a statement, the company explained that it will use the money to fuel further growth and power product development. Specifically, it will use the funding to build up local teams and expertise across key markets, particularly Europe and North America. While it has already had considerable success in the US, it intends “to increase the headcount at its recently opened New York office significantly over the next 12 months.” It will also develop its new offices in Frankfurt, London, Paris, Amsterdam and Stockholm.

The company faces stiff competition in an intelligent process automation market that is expected to be worth $15.8 billion by 2025, according to KBV Research.