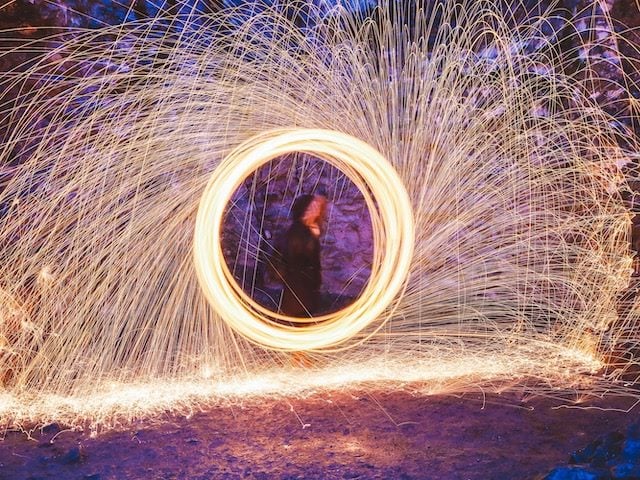 With all the fuss this week following the reports that Microsoft may be in talks to invest $10 billion in OpenAI — and by extension ChatGBT — what's often gone overlooked is the company's existing $1 billion investment in the San Francisco-based company.

At the time of the that investment in 2019, Microsoft said it was looking at OpenAI to develop a hardware and software platform in Microsoft Azure to scale to AGI (Artificial General Intelligence). We reported that OpenAI aimed to port its services to run on Microsoft Azure. Microsoft was angling to become OpenAI’s preferred partner for commercializing new AI technologies.

So the fact that Microsoft may be considering another investment doesn't come as a surprise. It simply underscores the rising interest in the artificial intelligence company, whose ChatGPT algorithm selects words based on what it's learned from scanning billions of pieces of text across the internet.

There are clearly dozens of potential uses for this, but one specific to Microsoft that could have a real impact on the digital workplace is ChatGPT's integration in Office.

According to reports in The Information, Microsoft is to incorporate ChatGPT into the Office suite to allow people to generate text. Though the functionality currently exists in Office, ChatGPT's natural language processing is at a different level. Other reports claim it would also be integrated into the Bing search engine.

More to the point, the Information reported that Microsoft engineers and researchers have worked on AI tools for building emails and documents for over a year by applying OpenAI’s machine learning to customers' private data.

Keep in mind too that Microsoft last year unveiled plans to integrate image-generation software from OpenAI into its search engine Bing.

While nothing has been confirmed around the new investment or the use of ChatGBT with Office, the fact that it has generated so much interest will likely spur a number of vendors to explore new ways to incorporate AI technology into their software or services.

Ultimately this should encourage wider adoption and integration of these technologies into the digital workplace and into processes that have yet to receive attention by AI developers.

There is also the downside, of course, which has been widely discussed over the past few years about the suppression of jobs and the displacement of work that might result.

We'll likely learn over the coming weeks what the outcome will be for the Microsoft–OpenAI marriage. We'll take a deeper look at this next week.

Also this week from Microsoft, the company is introducing a new, low-cost subscription tier to its Microsoft 365 product bundle. According to a blog by Microsoft VP Liat Ben-Zur, the new Basic tier comes with 100GB of cloud storage as well as an ad-free version of Outlook email and access to support for Microsoft 365 and Windows.

It will cost $1.99 per month or $19.99 per year and will be available by the end of this month. The new tier will also offer advanced security including password-protected link sharing for OneDrive as well as ransomware recover later in the year.

How does the Basic version differ from the $6.99 a month Personal subscription? The main difference is the new Basic plan doesn’t include access to the desktop versions of Word, Excel, and PowerPoint apps. Instead, users on the basic tier will have to use the web version of the apps.

The other noteworthy item from Microsoft this week is the announcement of the general availability of the Microsoft 365 app.

This new app, first previewed at 2022 Ignite, will replace the Microsoft Office app. At Ignite, Microsoft explained that Word, Excel, PowerPoint, Outlook, Teams and OneDrive will move into the Microsoft 365 app, a process that happened in November.

It also noted that Office.com, the Office mobile app, and the Office app for Windows would also become part of the Microsoft 365 app in January, with a new icon, a new look and additional features.

This week's announcement completes the process, with the company now stating that the app will launch on Windows, Android and iOS later this month.

“The world has changed a lot over the last 10 years, so we continued our own journey of self-improvement by adding new features and benefits to help you keep up with the changing times,” she  wrote.

Another announcement worth noting is the company stated Teams Premium will be made available sometime next month.

The report noted an increase in the number of APIs in use, including Webhooks, Serverless & FaaS, and REST API. It also noted APIs will continue to grow in popularity as the technology matures. The report is the cumulation of responses from 850 developers from over 100 different countries.

According to the report, 70% of those questioned said they expected to use more APIs this year than last year. The number of APIs in use grows with the size of the organization, with 40% of the largest companies — those with 10,000 or more employees — using more than 250 APIs. Even the smallest companies reported using up to 10 APIs.

While the digital workplace needs a wide range of APIs to function properly, the growth and spread of their use is becoming a problem as companies strive to maintain the numerous connection points between apps and platforms.

According to the State of API Security Report Q3 2022 by Palo Alto, Calif.-based SALT,  the sprawl is generally a side-effect of scaling up to extend the reach of the workplace. While the APIs give apps and platforms — and ultimately workers — access to data, they also enable unauthorized access to the data, or cyberattacks. Figures from the report show that:

Any organization that has implemented APIs as part of a digital transformation strategy or to build up its digital workplace should take such security concerns into consideration.

Finally this week, New York City-based LiquidText has just announced the launch of its Enterprise Edition. LiquidText is the provider of a document analysis platform.

The Enterprise Edition is designed for large deployments and comes with integration for document management systems as well as better security and data location controls. The new edition offers: