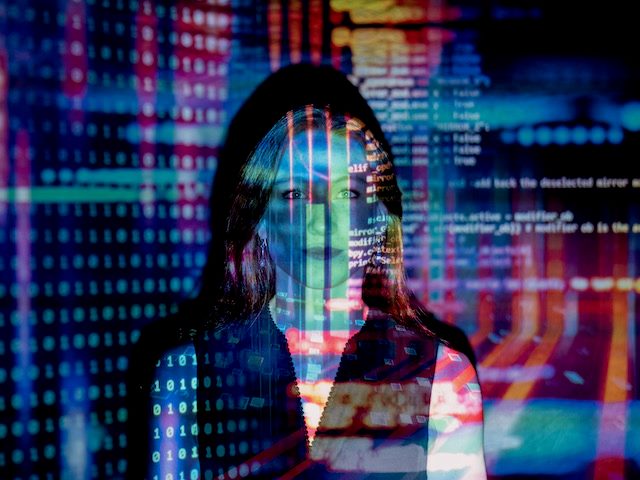 It was a banner week for those following digital workplace technology, with news alerts coming fast and furious out of the Google Cloud Next conference, Microsoft Ignite and Meta Connect.

Given the dozens of releases and upgrades announced by Redmond, Wash.-based Microsoft at Ignite, we'll be tackling in a separate article once the dust has settled.

Mountain View, Calif.-based Google's Cloud Next conference covered the gamut of the company's offerings from and for the cloud, all of which enable the digital workplace. For digital workplace workers, however, the big news out of the event related to Google’s productivity platform, Workspace.

While hardly a week goes by without some kind of addition to Workspace, Cloud Next also offered some insights into the company's thinking about work and the future.

Aparna Pappu, general manager and vice president at Google Workspace, outlined Google’s thinking behind current developments focused on digital transformation strategies and the digital workplace, in a blog post: “For most organizations,” she wrote, “the physical office is no longer the center of gravity for work. And as they look to establish a hybrid workplace that’s energized with ideas and a drive for succeeding together, many are finding that their legacy tools just aren’t meeting their needs.”

In other words, the workplace is not based around a space, but around a set of tools that enable work form anywhere.

Google Workspace, and G Suite before it, has focused on this even before hybrid workplaces became a thing. The result, she stated, is that Workspaces now has more than three billion users, effectively making it the most popular productivity suite in the workplace in the US despite the massive market for Microsoft 365. According to Statista, Microsoft Office 365 took 48% of the market share for major office suite technologies worldwide in February, which put it slightly ahead of Google Workspace. However, Workspace holds a market share of 59% in the U.S. in comparison with Office 365's 40%.

There are three global sets of upgrades, Pappu explained, all of them designed to enable work. They include:

Within these three areas the company has created new capabilities to conform with the idea of work as an experience and not a place. “We’ve been investing for years in making Workspace the most open and extensible productivity platform for users worldwide,” Pappu wrote. "When you connect Workspace to the tools in your broader you extend its reach and power by allowing your teams to stay focused in the digital spaces where they’re already collaborating."

The Workspace upgrades can be broken out under two principal focuses:

Over the past few years, the company has been looking at Google Meet as a way of connecting workers in the physical workplace with those working remotely. A number of upgrades aim to do exactly this. Collectively, Google stated the improvements create what it describes as "immersive connections." These connections aim to make video calls as engaging as personal meetings. At Cloud Next, the company unveiled new features to keep this ambition on track. They include:

Speaker in Slide aims to blur the boundary between the audience and the speaker by placing the speakers’ video directly inside the content. By creating a single view of the presentation, Google believes it will be easier for the audience to follow what is going on. This will enter preview later this year.

Adaptive Framing with AI-Powered Cameras from Huddly and Logitech

These additions effectively overcome one of the problems associated with large online meetings, namely the inability of users to see each other.

Huddly is a multi-camera system with an AI director. It creates the kind of experience most closely associated with film and TV to keep meeting participants engaged and feeling included. Based on this, Google is pulling speaker tracking to cameras on Google Meet Series One devices and offering three-camera systems to show not only the full room and active speakers, but also audience reactions

The Logitech part comes in the shape of Sight, a dual-camera tabletop unit that works with Meet on Rally Bar and Rally Bar Mini to detect active speakers.

Huddly will be available later this year and Logitech is expected in 2023.

This new addition to Meet aims to level the playing field between virtual and in-room attendees. In-room attendees use their phones as second devices to request time to speak by raising their hand or by chatting or asking questions from their phone while using in-room audio and video. This will be available in 2023.

A number of other upgrades including breakout rooms, meeting transcriptions, slide control directly from Meet and automatic video framing were also announced.

The other major addition involves a number of on-the-way improvements for Canvas. According to Pappu, the next generation of Canvas will add superior collaboration experiences.

At the time of its launch last year, Google described Canvas as a collection of collaborative tools that enables Google Docs, Google Sheets and Google Slides to work together. Notably, Google does not describe it as a tool or platform, but rather as a "new product experience" from Google. The new Canvas will offer:

The updates give Google better traction in the enterprise and puts it in a better position to maintain its position in relation to Microsoft.

In a statement from Cisco, the company explained its vision has always been to deliver inclusivity to people in the era of hybrid work, with seamless experiences and interoperability being integral to this. Based on claims that 85% of Cisco customers are using more than one meeting platform each day, the company outlined its principal of offering choice and flexibility in how customers of both it and Microsoft do hybrid work.

Beyond the strategic value this brings customers, expanding reach with Microsoft Teams Rooms will increase Cisco’s addressable market opportunity, the statement read. "Interoperability has always been at the forefront of our hybrid work strategy, understanding that customers want collaboration to happen on their terms — regardless of device or meeting platform," said Jeetu Patel, EVP and general manager of security and collaboration at Cisco in the statement. "Our partnership with Microsoft brings together two collaboration leaders to completely reimagine the hybrid work experience."

The partnership will result in six of Cisco’s most popular meeting devices and three peripherals being certified for Teams, with more on the way. While users of these devices will be able to make Teams Rooms the default experience, Webex will also still be supported on the devices and offer all of its current functionality.

The partnership is an unusual one given how important Webex is to Cisco. While enabling Teams does not signal it is abandoning Webex, it is unclear why people would turn with Webex given the multiple integrations available when using Teams.

Yet that doesn't take into account Cisco’s ambitions to make Webex available to third-party hardware. In fact, as cited on Reuters newswire, Cisco's Patel said the company aims to be the hardware platform for a wide range of conferencing software platforms.

"The way this market is evolving is very similar to the way that the movie entertainment market evolved," Patel told Reuters, with consumers having multiple subscriptions to streaming services like Netflix, Disney, HBO and Hulu.

Embracing Teams does not mean it is abandoning Webex, but Webex will need to find a path to third-party hardware or it will lose ground against options like Teams, he added.

It is this ability to jump from one communications platform to another that Patel said is the future of not just Webex, but all such platforms. This, of course, remains to be seen.

Meta and Microsoft Meet Up in VR

Teams popped up in another unexpected spot this week. At Meta Connect earlier this week, Meta CEO Mark Zuckerberg unveiled Meta Quest Pro, the first in a new line of headsets aimed at the workplace.

These VR headsets will include new work and productivity tools, which will extend to Meta Quest 2 when it is released sometime next year.

The importance of this release and the partnerships that are on the way were underlined by the presence of Microsoft’s CEO Satya Nadella at Connect to announce that Meta Quest Pro users will be able to connect with Microsoft Teams from inside Meta Horizon Workrooms.

It is clear from Meta Connect where Meta is going with all this. While its feet remain firmly in the gamer camp, the San Francisco-based company is looking at this as an enterprise tool and, specifically, a collaboration tool. A blog about the release reads:

“Meta Quest Pro was designed with collaboration and productivity in mind and will be a major upgrade for those who use VR as a tool for work—but hardware is only part of the equation. We’re equally focused on creating software that improves the way you work and collaborate, both on Meta Quest Pro and Meta Quest 2.”

It should also be noted that at the launch, Microsoft announced that the company was also working on Windows 365 for the Quest Pro and Quest 2, and that content from Word, Excel, Powerpoint and Outlook would be viewable from the headsets.

This looks like a major step forward for Meta into the world of work through VR, with more on the way. Meta Quest Pro will start shipping on Oct. 25th and retail for $1,500. While this may make it pricey to equip an entire digital workplace, it is inevitable the price will drop as time passes.