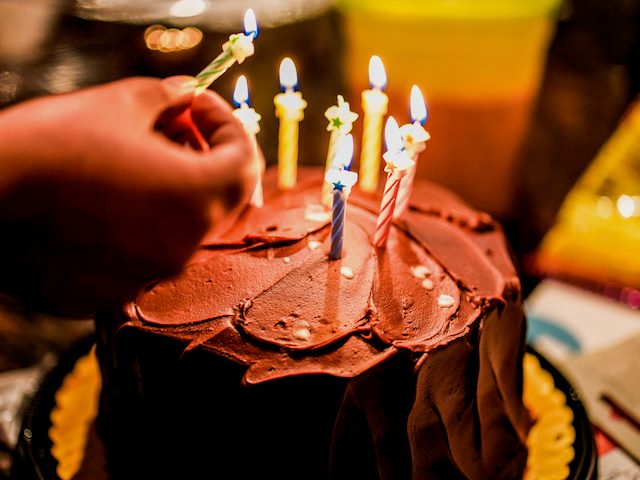 Microsoft OneDrive celebrated its 15th birthday this week. To mark the occasion, Microsoft is introducing a new Home ‘experience’ which the company claims will make it easier to manage and share content.

For those unfamiliar, Microsoft OneDrive is a file hosting service and one of the original cornerstones of the company's collaboration offerings. First launched in August 2007, it enables registered users to share and synchronize their files. OneDrive also works as the storage backend of the web version of Microsoft Office.

Like all of Microsoft’s offerings in the collaboration space, what you see today reflects a series of changes over the years in response to the perceived needs of users.

OneDrive is no different. It evolved from a basic file share system into a tool to support collaboration with internal and external colleagues securely from just about any device you can connect to the internet including desktop, mobile and laptop.

Microsoft also claims that OneDrive has increased its monthly active users by 240% over the last five years, although it doesn’t define what it means by active users in this case.

The new Home experience continues in that vein. According to a blog post about the release, the new experience will surface your most recent files along with any activity updates upon opening the landing page. Home will also display relevant files based on criteria that users can choose themselves.

The design also offers a new place to work where you can access any of the apps and files that you may need from a single place, an idea that has been dear to Microsoft over the years and which has reached its most effective expression in Teams.

Nothing Microsoft does in Microsoft 365 is done in isolation, with any changes in one app reflected in others. Microsoft says the redesign here is in keeping with its goal of providing more intuitive experience across Office apps, Teams and SharePoint.

Microsoft hasn’t shared a release date beyond saying it will land in the coming months.

The announcement comes after a similar announcement from Google Workspace, which added a new Share button, allowing users to access all their sharing options in a single interface.

The new Home experience isn't the only collaboration news from Microsoft this week. Over the last two years, the major vendors in the enterprise collaboration and communications space have been jostling to gain a competitive edge through the regular introduction of new features.

The introduction of Slack Clip last year is a case in point. With Clips, Slack users could record audio and video clips to communicate asynchronously with individuals or teams, regardless of time zone or location.

A new addition to the Microsoft 365 roadmap shows Microsoft is planning something similar for Teams.

According to the roadmap, as of September, Microsoft Teams users will have the ability to record, review, send and view lightweight video messages from mobile apps and desktop computers. The roadmap contains very little information beyond that, but there is enough to suggest that it will be very similar to the Slack offering. The company first discussed the video clip capability at its Inspire conference last month.

According to Microsoft, the new offering is designed to facilitate hybrid working globally and will cut down the need for meetings. Note it was already possible to leave written messages in Teams for co-workers to access whenever it was convenient. It seems, though, that workers want to see each other, and this release responds to that.

Slack has been building its video calling credentials since the start of the pandemic, the most recent being video calling with its Huddle feature in Slack. The new feature added chat and multi-user screen sharing to Huddles for short informal calls.

When the new Microsoft feature rolls out next month it will be accessible for mobile and desktop users.

Slack had something other than video apps to contend with recently. In a notice on the company's website last week, the company admitted to a significant security issue which resulted in the exposure of personal data when users created or revoked a shared invitation link for their workspace.

The personal data in question was what the company described as the hashed passwords belonging to users. Password hashing means putting a password through a hashing algorithm (bcrypt, SHA, etc.) to turn plain text into an unintelligible series of numbers and letters.

This is important for basic security as in the event of a security breach compromised passwords are unintelligible to the bad actor. However, cybercriminals have been known to extract plain text passwords in the past.

A statement from the company reads: "On 4 August 2022, we notified approximately 0.5% of Slack users that we had reset their passwords in response to a bug that occurred when users created or revoked a shared invitation link for their workspace."

It continues: "it is practically infeasible for a password to be derived from the hash, and no one can directly use the hash to authenticate.”

It’s the “practically infeasible” that poses a problem as it doesn’t rule it out entirely. In response, Slack has said that all active accounts requiring a password reset are being notified directly with instructions.

It also recommends that for the future, organizations and users should adopt a two-step authentication strategy for all apps and platforms.

Sometimes it's the smallest things that make the biggest differences in workplace collaboration (and in life). Google Workspace has just announced a new release which is unlikely to rock the collaboration landscape, but which will help people who work with content in a number of different productivity suites.

While Google Workspace has made it possible to work with Office files for a long time, compatibility issues would still arise with the crossover between Microsoft Office apps and Google productivity apps like Docs, Slides and Sheets. To ease this process, Workspace apps will soon let you know whether an Office file you are using has unsupported features in Workspace.

When the app delivers the blue triangle warning signal next to the Office file name, users have the choice to restore an earlier versions of the file in question. The company started rolling out the new feature this week and users should see it soon. Given the ongoing development of Office document functionality this could save time wasted trying to work out what content can be used and edited when working across these two major suites.

The update is part of Google’s long-established strategy of improving Workspaces functionality in small incremental steps, just as it did with G Suite previously.

While these kind of improvements on their own won’t convince anyone to jump suites, the collective impact all of the updates have on ease-of-work could persuade some companies to consider Workspace as an Office, or even Microsoft 365, alternative.

Finally this week, San Francisco-based Nightfall AI, developer of a cloud data loss prevention platform, announced the closure of a Series B funding round of $40 million. WestBridge Capital led the round, with participation from Next Play Capital and existing investors Bain Capital Ventures, Venrock, Pear VC, among others.

Data security remains a major concern for enterprises, especially given the amount of data located across multiple cloud-based silos. The problem has intensified over the past two years with the rise of hybrid and remote workplaces, as workers moved data into so many different silos.

"Legacy solutions aren't designed for the cloud and don't interface natively with modern applications, and as a result, they deliver low accuracy, incomplete coverage, and limited actionability for resource-constrained security teams. Traditional data loss prevention solutions have become ineffective and expensive to manage, and the category is in dire need of reinvention," Isaac Madan, co-founder, and chief executive officer, said in a statement.

CTO and co-founder Rohan Sathe experienced this first-hand while working at Uber in 2016. A hacker extracted Uber rider and driver data to a public storage service, according to TechCrunch.

The company stated the money will be used to continue product development to protect data across the entire enterprise technology stack.

Nightfall’s platform monitors data flowing in and out of apps like Slack, Salesforce, Google Drive and others, and classifies it according to its sensitivity and the level of protection it needs.