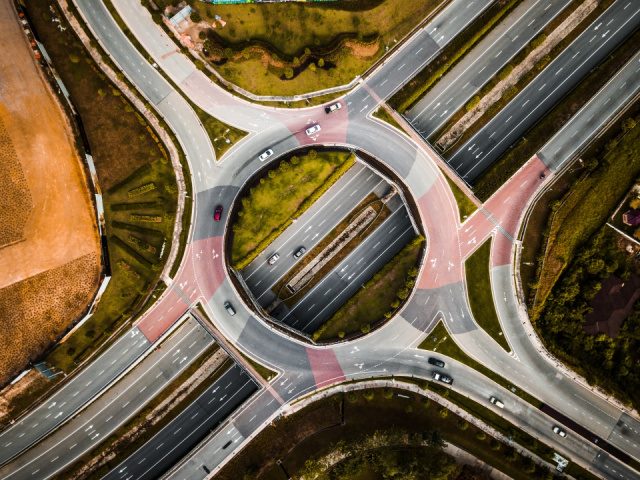 Microsoft Teams has gained significant traction in the enterprise over the past two years. So much so that, for any organization working in a Microsoft environment, most tasks can be accomplished through Teams and its hundreds of integrations.

This does not preclude these enterprises from using other tools like Slack, but the bottom line is that Teams is the single workplace many have been trying to build for years. The result is that Teams has also become the center of Redmond,Wash.-based Microsoft’s enterprise productivity strategy with all other tools and apps and even platforms feeding directly into it. Teams, for example, is now at the heart of the Microsoft 365 productivity suite. Last week, Microsoft CEO Satya Nadella underlined this key role for Teams and explained that, in the future, its importance would only grow.

In the Microsoft earnings call for the first quarter of the new financial year, Nadella revealed that Microsoft Teams now has 115 million daily active users (DAU), representing a 475% increase over the 20 million DAU that Microsoft reported for Teams in November 2019.

Clearly, a lot of this was driven by the creation of home offices and the need to connect with colleagues who are also working from home. However, with many companies now saying they will be keeping a significant number of workers at home, the ascendance of Teams is assured.

In this respect, the figure also represents a 53% jump over the last number Microsoft released (75 million DAU in April 2020). The progression of Teams has been relentless. Microsoft reported DAU in March of 44 million, meaning April's number represented 70% growth in one month.

As a part of the larger Microsoft 365 suite, Microsoft reported that Microsoft 365 users generated more than 30 billion collaboration minutes in a single day in the quarter and nearly 270,000 educational institutions are using Teams.

In the call with analysts, Nadella outlined Microsoft’s view the role of the Teams for Microsoft development: "Teams is very exciting to us because, unlike anything else that we have done at the application layer, it's literally like a shell. It has a platform effect because meetings, chat, collaboration, as well as business process applications, integrate into Teams so that scaffolding richness makes it a very robust platform.”

It is certain that when vendors like Slack or Zoom or Google Workplace report their figures for the period, they will report similar experiences. However, Microsoft already has a firm grip on the enterprise space and these kind of figures show just how tight that grip is.

If all these tools and platforms – Microsoft 365, Google Workplace, Zoom and others – are generally introduced as part of digital transformation strategies, one objective is to build and maintain worker engagement. So, has that increased over the course of the pandemic?

According to Gallup research, the entire period has been marked by fluctuating employee engagement. “After a roller-coaster summer of unprecedented volatility, U.S. employee engagement appears to have settled down,” the recent report reads. These latest findings are based on a random sample of 5,033 full- and part-time U.S. employees working for an employer from July to Sept 2020.

Gallup points out that the fluctuations in themselves were remarkable and were impacted by events other than COVID-19. In early May, employee engagement advanced to a new high of 38% and then, following the killing of George Floyd in late May and subsequent protests and riots, the percentage of engaged employees dropped to 31% as measured from June. Later in the summer, engagement rose to 40%, which was followed by a fall-off to 36% between July and Sept, nearly equivalent to the pre-COVID-19 rate.

The number of those who were actively disengaged (those who have miserable work experiences and spread their unhappiness to their colleagues) remained the same at 13%. The ratio of engaged to actively disengaged workers from mid-July to the end of September is now 2.8-to-1, down slightly from a 3.1-to-1 ratio in early July.

The engagement of managers is critical because they set the tone for the engagement of the people who report to them. Managers affect 70% of the variance in team engagement. They are responsible for keeping employees informed about what is going on in the organization, setting priorities and providing ongoing feedback and accountability.

In September, 41% of employees strongly agreed that their manager keeps them informed about what is going on in the organization. Unfortunately, managers’ report higher levels of stress and burnout than the people they manage. Previous Gallup research has shown that employee engagement is a consistent predictor of many important organizational outcomes, even during massive changes in the economy and technological advances.

Evaluator Assesses COVID's Impact on IT

Meanwhile, the Boulder, Colo.-based Evaluator Group has been looking at how COVID has impacted IT departments and what its impact is likely to be next year. Amid the chaos of identifying and adapting to the new normal, the majority of IT professionals believe that COVID-19 has created new business (60%) and technology (64%) requirements related to digital transformation and accelerating selected IT projects.

According to the "Enterprise IT Responds to COVID-19 Round II" (free after registration) report, in April, IT professionals by and large were scrambling to set up new technologies that facilitate remote working, and to respond to cyberattacks. The study found that enterprises are moving forward with IT-related initiatives deemed business critical as working from home is expected to continue well into 2021.

The new study is based on survey responses from 126 enterprise IT professionals from at least 11 different industry segments including technology, education, financial services and healthcare.

It found that the overwhelming majority (89%) of respondents have at least started their digital transformation journey, with 56% being somewhere in the process of implementing new or upgraded technologies to meet business objectives and requirements.

It also showed that the large majority (66%) of respondents are either in the process of implementing or have completed implementing, new technologies to support their organization’s digital transformation initiatives. Meanwhile, 60% of them reported the creation of new business and technology requirements because of COVID-19. For organizational leaders trying to figure out how the pandemic will impact them, there is a lot more here that is worth a look.

By making it easier for businesses to connect open hybrid cloud computing using AT&T Multi-access Edge Computing, IBM and AT&T will be able to help businesses across all industries develop and deploy new services wherever they need to run using regional or on-premises edge computing with additional privacy and security.

The result is that enterprises will be able to use a single dashboard designed to manage services across multiple clouds and billions of edge devices with high levels of reliability and security. IBM Cloud Satellite, currently in beta, can unlock new potential in the cloud for business customers with AT&T’s 5G offering, whether it's a mobile field workforce using cloud-hosted applications via AT&T 5G edge network connectivity, or a manufacturing facility needing increased privacy, low latency and control with AT&T Private Cellular Networks or Multi-access Edge Computing.

Edge computing means the data can be efficiently processed closest to where the work is being done, while Red Hat OpenShift facilitates the consistency of running workloads across environments.

If MFPs are not at the glamorous end of digital transformation, they are key to the entire process. MFPs are instrumental in data capture. Accurate data capture, be it by humans or machine, has been one of the big challenges in getting data into the enterprise and anything that helps is to be welcomed. While this helps in only one small part of the overall data capture world, Hyland and its OnBase product are widely used and this release will help any company using it.