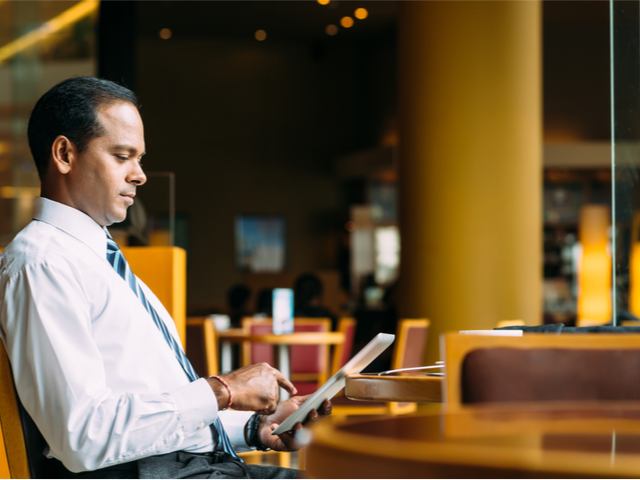 Held virtually for the second year in a row, Microsoft Inspire, which took place earlier this week, is the Redmond, WA-based company’s annual partners conference where Microsoft outlines what it is doing and what it will be doing in the coming year and where its partners outline how they will be adding and improving existing products or new releases.

Like every year there is a bunch of announcements that cover all areas of computing both personal and enterprise computing. This year’s conference comes as Microsoft has continued to report strong growth across its Azure, Microsoft 365, Dynamics 365 and security businesses.

It is hard to take single theme out of the conference but according to Mahadeva Bisappa, principal architect at Chicago-based software modernization company and Microsoft partner SPR it is clear from the technical advancements announced over the day that Microsoft is really leaning into becoming the provider of choice for collaborative tools in the new remote and hybrid work environment. In this respect, Bisappa told us, there are three main announcements to note:

Microsoft Teams: At the center of this, Microsoft is positioning the Teams collaboration software suite as the new front-end of the remote and hybrid collaborative world. The company’s recent investments in more Teams integrations with custom-built applications, Microsoft tools and software will allow Teams to become a center for day-to-day activity and workflow for any company.

“One such Teams-integrated tool the company highlighted at Inspire was Microsoft Viva, the recently announced employee experience app that companies can use that encourages a more collaborative company culture,” he said. “The company is also integrating its CRM, Microsoft Dynamics 365, directly into Teams without any additional cost to use.

Windows 365: Microsoft has positioned Windows 365 as the new cloud virtual desktop. This will essentially replace all previous Microsoft virtual desktops, like Azure Virtual Desktop. Administrators will be able to spin up and make Windows 365 available to their end-users in a matter of minutes. This development also highlights Microsoft’s emphasis on the new remote and hybrid work environment, as Windows 365 will be available on any device, irrespective of its operating system on that device.

HoloLens: The keynotes mentioned a few different business use cases for Microsoft HoloLens, the mixed reality smart glasses the company has been developing for a few years now. While this kind of technology has mostly been associated with gaming thus far, Microsoft showed today how companies can leverage this technology to make hybrid work between remote and in-office teams even more engaging than today’s current video technology allows.

There were a few other updates too, he said, that are worth mentioning including:

Digital twins: As part of its long-term push for the industry- and vertical-specific tools in recent years, Microsoft is starting to focus more on digital twins. Digital twins allow manufacturing administrators to leverage IoT-enabled sensors to simulate their infrastructure and machinery virtually. This means they do not actually need to be on-site to operate, measure and address technical issues with their tools.

Digital technology training, competencies and advanced specializations: When enterprise technology began, users had far more time between update cycles to become familiar with and adopt new technologies and capabilities. But given today’s speed of innovation, many companies find themselves “stuck” using technology from 10 or 20 years ago simply because they do not have the time or the manpower to dedicate to staying on top of the latest innovations.

Partnerships: Microsoft also emphasized the importance of its Partner ecosystem by reducing the fees for partners. Microsoft is reducing partner transaction fees from 20% down to 3%, benefiting partners and allowing their businesses to grow.

These are only the obvious collaboration and digital workplace moves from the conference but it there was many more announcements not least of which were additions to Azure, which will take time to untangle.

This week also saw the release by global digital transformation specialist Atos of its new Digital Hub. According to the Paris-headquartered company the Hub represents a major initiative that positions the enterprise as a major player in the growing data economy. The company also used the release to outline its strategic vision for the coming years.

Atos describes Atos Digital Hub, as a one-of-a-kind solution whose primary objective is to serve as an accelerator for the building of ecosystem platforms. It was designed based on the observation that data is still too siloed within and across organizations and that value creation often lies in data federation.

Atos' approach is to provide digital ecosystem hubs for organizations — with equity, reliability, and security at the heart. In this context, the Hub aims to enable and orchestrate value chains within extended data-driven ecosystems, ones in which stakeholders of the ecosystem (organizations, partners, suppliers and customers) can build, manage and monetize services with transparency and contractual guarantees of how data will be used and protected.

In addition to using analytics and AI to help unlock the value of data, the framework allows for the creation of business services based on federated data, with a set of predefined blueprints supporting diverse industry models. As part of this solution, Atos will act as a trusted intermediary and neutral player which operates and orchestrates the platform — guaranteeing the required level of trust and ensuring that all platform participants are treated fairly.

Ultimately, the goal, according to Atos, is to enable groups of industry players to act together in a single ecosystem, with the ability to share data assets in a frictionless manner and work towards a common business goal. If the idea of data monetization is not new and exchanges are rare, Atos, by using all its technologies from across the Group aims to create new business platforms to help partners to collaborate and generate a better return on their respective data and service.

Elsewhere, Facebook has been making moves to keep content creators happy and offering them new ways to monetize the content they produce. In a statement issued by the Menlo Park, CA-based company, Facebook CEO Mark Zuckerberg said that by the end of 2022, the company plans to invest over $1 billion in programs that give creators new ways to earn money for the content they create on Facebook and Instagram.

“We want to build the best platforms for millions of creators to make a living, so we’re creating new programs to invest over $1 billion to reward creators for great content they create on Facebook and Instagram through 2022,” Zuckerberg wrote on Facebook.

The new scheme will include new bonus programs that pay eligible creators for hitting certain milestones when they use Facebook’s creative and monetization tools. It will also provide seed funding for creators to produce their content. The goal is to help as many creators as possible find sustainable, long-term success on our apps.

Behind the headlines, though, it looks like Facebook is really stepping up its campaign to head-off competition from the likes of TikTok, YouTube or other social medial platforms that have heavy input from content creators.

Last month it also announced that it would wait until at least 2023 before taking a cut of revenue from creators who use the site to distribute their work or promote events. Specifically, the company will not take a cut of any revenue generated by paid online events, fan subscriptions, badges and Facebook’s upcoming independent news product, Zuckerberg said in a post on Facebook.

Meanwhile, following the announcement last month that Mountain View, CA-based Google is opening Google Workspace to everyone, Google has now announced that it is making Google Workspace Individual Tier available in five countries, notably US, Canada, Mexico, Brazil, and Japan.

Google Workspace Individual is suited for one-person companies that have otherwise used @gmail.com accounts to run their business. It is best thought of as a business-oriented upgrade for your Google Account.

Storage is still 15GB/user and expandable via a Google One subscription, while you will still be using an @gmail.com address. Custom domains require upgrading to the full Workspace offering. The Google Workspace Individual Plan costs $9.99 per month, though there is a $2 discount until January 2022.

According to Reuters news agency citing two people close to the deal, Switzerland’s Swiss Post is planning to float its SPS unit in autumn in a deal that is expected to value the digital document management company at $433-541M.

State-owned Swiss Post has seen the volume of letters sent decline in recent years as customers switch to digital communication.

Swiss Post lacks the means to fund the expansion of SPS, which helps companies organize their mail by automatically scanning physical mail, digitizing and forwarding it to recipients.

SPS says that it ranks among the top suppliers in a global document management market that is worth more than $30 billion. It has more than 1000 customers worldwide, including around 25 percent of the Fortune 100 companies, processing three billion documents annually. It employs 6,400 staff, posted 2020 earnings before interest and tax of over $27M on revenues of $586Ms, taking $17M earnings hit from the COVID-19 pandemic.