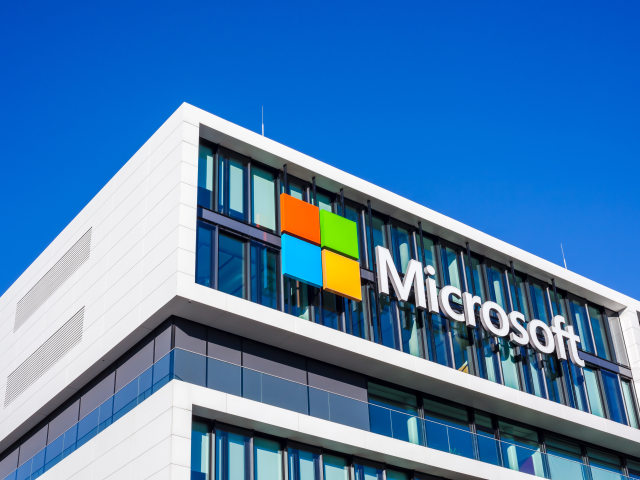 Microsoft's Interest in Nuance Is More Than Just Cloud

The final hurdle to Redmond, Wash.-based Microsoft’s acquisition of Nuance has finally been removed. Microsoft has received the antitrust approval to purchase the artificial intelligence and speech technology firm for $19.7 billion last week after the deal was first announced in April.

The acquisition was no great surprise for anyone watching the development of Microsoft’s Cloud for Healthcare. The two companies had been working together since 2019 on a healthcare administration automation project in which Burlington-Mass.-based Nuance provided the AI layer at the healthcare point of delivery In a statement announcing the acquisition, Microsoft CEO Satya Nadella said that the objective was to put AI driven technology in hands of medical professionals to give them better access to the data that enables better decision-making.

He did not have to point out at the time that Nuance also gives its health cloud, which it launched in 2020, a major boost. Health cloud already had integrated capabilities for providing automated and productive workflows as well as deep data analysis for structured and unstructured data. With Nuance it also gets natural language understanding and processing.

Combined, this means that the health cloud now offers easier customer care, end-to-end security, interoperability and enforcement of health data, along with Microsoft 365, Azure, Dynamics 365, and Power Platform. Microsoft effectively moved from zero to hero in the healthcare tech space within a very short space of time. But there is more too.

Microsoft used to have a reputation for being late to the party, but things changed once Satya Nadella took over Steve Ballmer's post in 2014. The company's acquisitions have reflected an interesting change of strategy, Kevin Sahin, co-founder and CEO of France-based ScrapingBee, said. The Nadella years, however, have a knack for picking high-value acquisitions that are easily integrated into Microsoft's portfolio, allowing the company to both expand into new ventures, or strengthen existing segments.

Their Xbox division, for example, is bolstered by both their cloud business and their high-profile acquisition of entities like ZeniMax, parent company of Bethesda Game Studios. They are doing similar things in the cloud and AI spaces with the acquisition of Nuance, Sahin said.

“The past decade has seen several acquisitions in both cloud computing, and AI — Nuance fits right in. Microsoft doesn't have too many fingers in the medical field, but the tech makes it a ripe fit for existing services like Cortana if we're going by Nuance's expertise in voice recognition,” he said.

The first we heard of Nuance in an Azure context was with the announcement of the healthcare cloud on Azure back in 2020, Chris Bolz, COO of Germany-based Coara, told us. Nuance AI technology, he pointed out is used in the industry specific healthcare cloud to leverage the expertise that Nuance has with electronic health records and system providers. Nuance provides conversational AI and cloud-based clinical intelligence for healthcare providers and is best known for their Dragon software which has been around for a long time and provides one of the best language recognition services available.

But Microsoft has not bought Nuance because of their healthcare links though. While Microsoft mentions health care numerous times in relation to the acquisition healthcare is not the real reason.

“Sure, in the short term, Microsoft and Azure will benefit from the healthcare business components and collect that revenue. I mean, that is just a bonus though. What Microsoft is really interested in is the AI component. In particular, the natural language understanding,” he said. “I'd argue that that is the real reason for the purchase of Nuance. Just think about it. We are already talking to Google or Alexa or apps, for dictation and much more. If Microsoft can integrate natural language into all their products like search, and offers, and cloud computing, we will start to think differently about computing in general. And that is why Nuance is worth $16 billion to Microsoft.

In practical terms, this means that instead of employing a voice assistant for simple, straightforward searches, Microsoft's Office products, such as Word and Excel, will respond to user voice commands in more complex searches. Instead of asking to call someone in a user's contact list, the software will process and understand chained queries such as 'call the main man' and get the right context when you ask it to add a calendar entry or organize reservations. Context is key here.

As humans, we understand context implicitly, such as asking for the best restaurant and then following up with another question. “We know what that means. And that is only the beginning,” he added. “As opposed to the largely failed Cortana strategy for 2015, this time AI is a company-wide approach, employing some 5,000 people inside Microsoft. Expect to see out a lot more AI integrations from both inside Microsoft and from developers leveraging the Azure cloud AI offering as well.”

Nuance is a company that makes software for the healthcare and automotive sectors. The acquisition of Nuance is the second costliest after LinkedIn (the cost of Nuance acquisition was $19.7 billion, while LinkedIn was $26.2 billion). A question, then, arises: why does Microsoft need Nuance? Mark Hensley, founder of  New York City-based Povverful, asks.

First, he said, look at what is happening: Microsoft products (like Office suite) have been incorporated into the healthcare system for a long time. Office suite makes the process of structuring and saving data in hospitals much easier. Microsoft also created a Cloud for Healthcare that facilitated the integration of all the services with clinical applications. So, Microsoft has a solid background to expand in the healthcare market. The healthcare system is a perfect and highly prospective field for Microsoft to start implementing machine learning models and analytics tools.

He pointed out that Microsoft has worked on healthcare initiatives for many years. In 2018, the company even created a separate department: Microsoft Healthcare Team. Microsoft has attempted to implement Artificial Intelligence (AI) in the healthcare system to facilitate and boost medical research, specifically by empowering non-profit organizations to deal with worldwide health challenges.

“To move forward, Microsoft needs to cooperate with other tech companies that are more aimed at the healthcare industry, such as Nuance,” he said. “Microsoft will benefit from the acquisition of Nuance, at least in terms of voice recognition and transcription technology, as the company has a strong background in this field.”