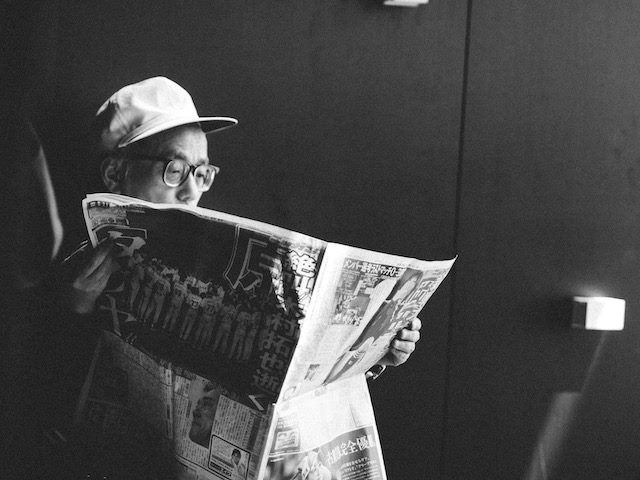 OpenText is continuing its long-running M&A streak with the buy of Newbury, England-based Micro Focus, a company which also has a reputation for acquisitions. When the deal goes through, it is estimated that OpenText will have annual revenues of $6.2 billion by fiscal year 2025.

But is this enough to justify the $6 billion price tag for Micro Focus?

Micro Focus is an enterprise software provider that helps customers with the core IT elements of their business. Since 1998, it has made 15 acquisitions in technologies that would be considered legacy technologies. However, it has been having a rough time of it in recent years with shrinking revenues since 2018 and $4.4 billion in current debt.

OpenText CEO and CTO Mark Barrenechea said in a statement about the buy that upon the acquisition's completion, OpenText would be one of the world’s largest software and cloud businesses, with a huge customer base, global scale and comprehensive go-to-market.

However, apart from a larger market and larger revenues, questions remain as to how the two companies complement each other. The one clear point is OpenText's security portfolio, which it has built up over the years and in which Micro Focus already has considerable interests.

Clearly the success of a merger can't be judged based on two blog posts, but it does indicate two fundamentally different digital transformation approaches at work here.

But then again, the acquisition may not be about this at all. It may just be about bulk. As Tony Byrne of the Real Story Group told TechCrunch when asked about the deal: “Like a shark that needs to keep swimming, OpenText needs to keep acquiring, since their legacy platforms are all in long, slow decline as licensees eventually exit for more modern platforms.”

We'll have to wait for the acquisition to go through to establish which dynamic is at play here.

Earlier this week at VMware Explore 2022, VMware announced it was extending its collaboration with Microsoft to help Azure-first customers update their enterprise VMware vSphere workloads quickly and cost-effectively in Microsoft Azure. VMware vSphere is the Palo Alto, Calif.-based company's cloud computing virtualization platform. It includes an updated vCenter Configuration Manager, as well as vCenter Application Discovery Manager, and the ability of vMotion to move more than one virtual machine at a time from one host server to another.

To make it financially more interesting to take this route, users will now be able to buy Azure VMware Solution as part of VMware Cloud Universal, a flexible program that makes it possible for organizations to deploy multi-cloud environments.

Citing a Microsoft study carried out by Forrester and published last year, VMWare claims a composite organization found a projected ROI of between 125% and 274% and projected TCO savings ranged from $3 million to more than $7 million over three years through use of the combined solution.

But its more than just financial savings. This is about ensuring that organizations can implement their digital transformation strategies, especially now given the changes the pandemic has forced on business models. While these kinds of initiatives are often held back by business and technical realities, talent shortages or financial constraints, the Azure VMware Solution offers the potential to overcome these problems and modernize their workloads.

Microsoft wasn't the only technology company that announced a renewed relationship with VMware at the conference. Armonk, New York-based IBM also extended its partnership to enable clients in highly regulated industries to extend their workloads into hybrid workspaces, despite compliance issues.

According to VMWare, the partnership will focus on regulated industries including financial services, healthcare and telecommunications healthcare and public sector to not only address complexity but also ensure that IT services meet the fast-changing regulations in those industries.

Other announcements followed in the same vein, all of which fit in with VMWare’s 2030 Agenda — a decades long ESG (Environmental, Social, and Governance) commitment which implicated 30 cross functional ESG goals within its business units.

So while the evolving partnerships make good business sense for the company, if they manage to push an ESG agenda in the right direction, so much the better.

Elsewhere, San Francisco-based Meta has just suffered what looks like a major setback with the departure of Vivek Sharma, vice president of Meta’s Horizon team.

Sharma has worked at the company for the past six years, during which time he was also head of produced for Facebook Marketplace and vice president of Facebook Gaming.

In a January interview with Digiday, Sharma said the three apps would be the backbone of Meta’s virtual world and would someday be interoperable.

In a statement to CNBC, Meta noted: “Thanks to his leadership, the Horizon product group has built a strong team with an ambitious vision, and it is just getting started .… we’re excited to see what Vivek accomplishes in his next chapter” suggesting that the departure was amicable.

The Horizon team will now directly report to Vishal Shah, Meta’s VP of the Metaverse.

Meanwhile, according to reports in the Verge, Meta is setting up a product organization to identify and build “possible paid features” for Facebook, Instagram and WhatsApp. The original reports were contained in an internal memo sent to employees last week and seen by The Verge.

For content services this week, Cleveland-based Hyland, which has been developing content management and services since forever, announced its latest updates that are designed to help users continue their digital transformation projects.

In a statement about the upgrades, Hyland EVP and CPO John Phelan said the updates were a direct response to user demands for a better usability experience.

The OnBase platform, for example, now comes with a new dark mode and interface upgrades as well as an improved mobile experience with expanded language support, while the web client offers better browser support features.

Hyland has long had a presence in the leaders’ quadrant of Gartner’s Magic Quadrant (MQ) for Content Services. In last October’s MQ , Gartner noted the company's Alfresco and Nuxeo platforms have show themselves to be benchmark platforms that can scale to support billions of documents, making them well-suited for large, global organizations. However, the report also pointed out that its OnBase SaaS option is a single-tenant hosted service, which can create problems for clients when working with OnBase in a SaaS/hosted model who are trying to integrate with on-premises applications.

Rounding out this week is another acquisition worth noting: Palo Alto, Calif.-based HP has successfully bought Santa Cruz, Calif.-based Poly for $3.3 billion. Poly is a solutions provider of personal audio communications for professionals and consumers.

According to HP, the buy will give it better traction in the hybrid workplace, which has resulted in millions of remote workers equipping their home office with the same technology they use in their physical offices.

“Poly brings incredibly strong talent, differentiated technology, and a complementary go-to-market system that we believe will further strengthen our position in large and growing markets. Together, we will have vast opportunities to innovate for customers and grow our business as we continue building a stronger HP,” said HP CEO and president Enrique Lores in a statement.